A travel vlogger filmed his trip on the world’s shortest — and technically most expensive — commercial flight, which lasts just 1 minute and 14 seconds.

Noel Philips, 41, shot the video between the islands of Papa Westray and Westray in Scotland’s Orkney archipelago – with the flight covering a distance of just 2.7 kilometres.

The flight is only £17 but the cost per mile ratio is for a flight of London to Dubai would result in a fare of £34,000. 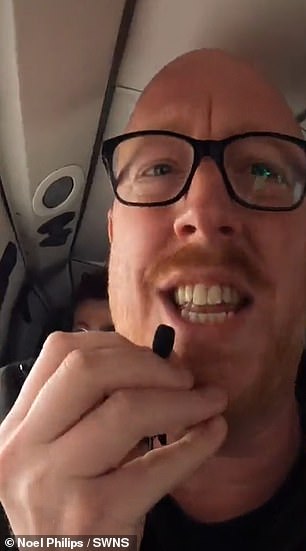 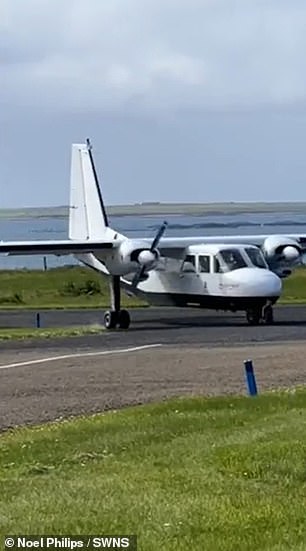 Travel vlogger Noel Philips (left) filmed himself flying the world’s shortest flight between the islands of Papa Westray and Westray in Scotland’s Orkney archipelago. The Loganair flight (right) covers a distance of just 1.7 miles (2.7 kilometers) and takes just one minute and 14 seconds. The record travel time is 53 seconds 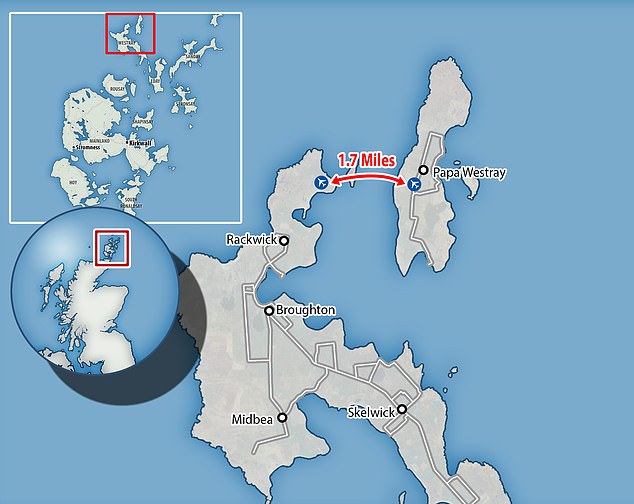 Footage shows Noel, from Mansfield, Derbyshire, boarding the Britten-Norman Islander plane in Papa Westray, while the vlogger sets a timer on his phone to record the length of the journey.

It takes off and briefly flies over the channel between the islands while Noel rotates the camera to show the inside of the plane.

“You barely get airborne off the runway before the plane turns on its final approach to the target,” Noel says in the clip.

He adds: “It’s among the most expensive flights you can take per mile. It’s even more expensive than Emirates First Class.”

Seconds later, the plane touches down at Westray as Noel holds up his timer to prove a total time of one minute and 14 seconds was recorded. 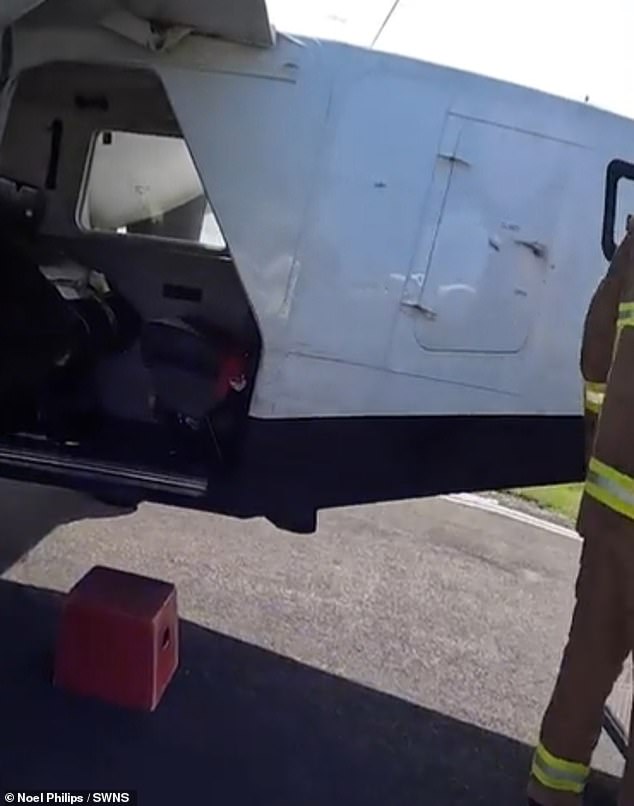 The flight can carry up to eight passengers and operates twice daily with Loganair, with a record journey time of just 53 seconds.

Some say the flight’s distance makes it environmentally questionable, but the alternative is a 20-minute boat ride through troubled waters.

The route serves as a connecting flight to Kirkwall in Orkney, which helps locals get to the more populated places. 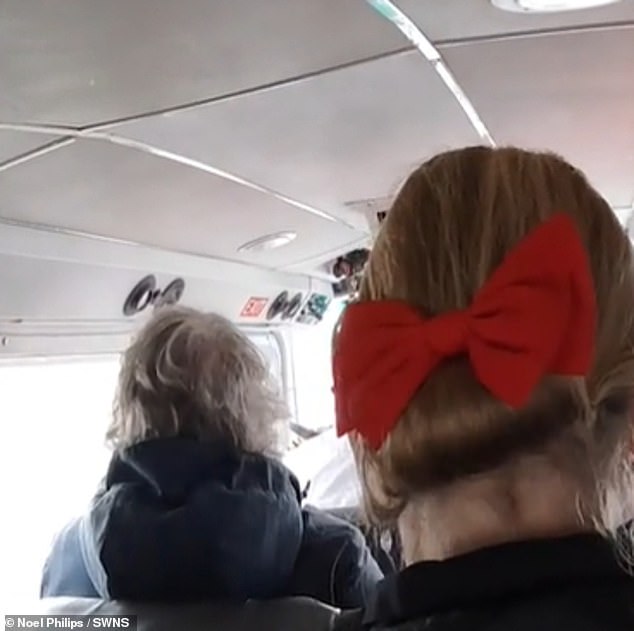 The video shows the interior of the plane, which can carry up to eight passengers and flies twice a day with Loganair 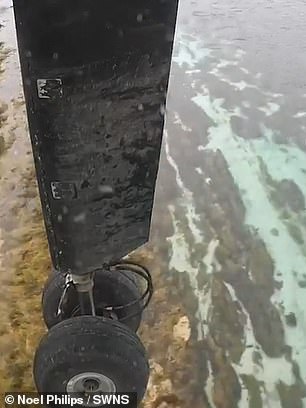 The plane lands in Westray

The local council has proposed building a bridge to connect Papa Westray and Westray, but nothing has been approved so far.

The plane is bridging the gap for the time being and is used regularly by both tourists and locals.

Describing his trip, Noel said: “When I arrived in Westray I stayed the night to explore the area and flew back to Kirkwall the next morning, once again taking the shortest flight in the world.

“I love flying small flights like this and traveling through some of the most remote communities in the world.

“Scotland has so many of these tiny flights connecting the remote communities on the islands and if you live in the UK it’s so easy to travel there.

“The planes that fly to these islands are pretty small, it’s like getting on a minibus.

“You can’t take carry-on luggage on board, it all has to be in the trunk when you come on board. 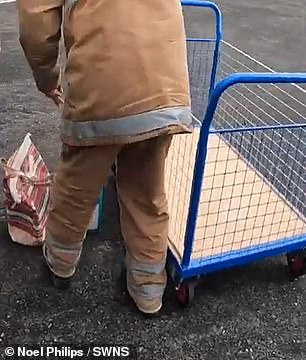 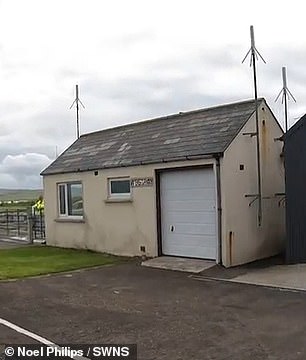 Pictured left, a baggage handler unloads baggage from a Loganair flight. You can’t take carry-on luggage on board, it all has to be in the trunk when you get on board, reveals Noel. On the right, the video gives a view of the tiny Westray Airport

“It is very popular with tourists and aviation enthusiasts.

“There were several people on my flights who were staying on the islands and just wanted to experience the shortest flight in the world.

“But it also relies on the locals being able to connect to Kirkwall and leave or return to the islands.”

Noel is no stranger to the world of transportation, having traveled some of the planet’s more obscure flights, trains, and transportation links.

He’s traveled the world reviewing the world’s “longest,” “worst,” and “most dangerous” flights.

He said: “I’ve been a full-time travel vlogger for three years now.

“Before that, I worked as an IT consultant and ran YouTube as a side hobby. 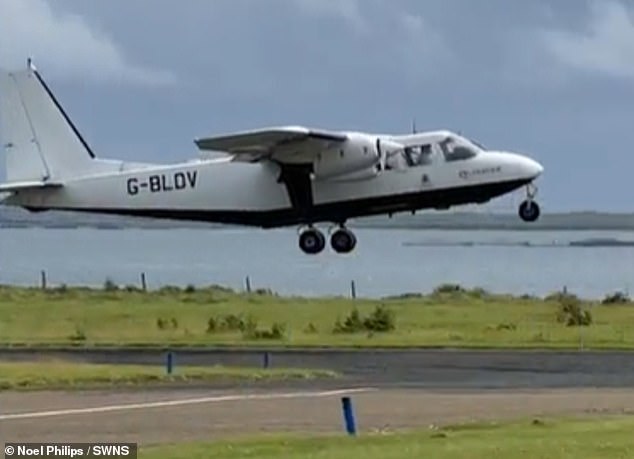 “You barely get airborne off the runway before the plane turns on its final approach to the target,” Noel says in the clip

“I’ve been a flight enthusiast since a very young age and started sharing my passion with others via YouTube in 2013.

“I was lucky enough to be able to work full time in 2019 when my channel got so big it was taking up more time than my full time job!

“Since then I’ve traveled the world and made videos on every continent except Antarctica.

“I consider myself very fortunate to have what I think is the best job in the world – traveling the world, flying unique airlines and pursuing my passion, then coming home to spend months at home with my family.

“I still have to visit more countries and fly more airlines.

“Every time I think I’ve ‘done it all,’ I find another experience to make the list.”