The heat on the street feels intense enough to sear a steak. This is Austin in summer and the street is South Congress Avenue, also known as SoCo – the vibrant artery of the Texas capital.

It’s a kaleidoscope of retro neon signs fused with the taillights of slow-moving traffic. Equally multi-sensory is the noisy decibel nightclub I’m in. Two guitarists in Texan bandanas and JR Ewing ten-gallon hats duel with the drummer.

You’ll be robbed of your money by shimmering singers in miniskirts and sky-high boots, and a dancefloor of whirling girls and men fueled by high-octane margaritas. The place is called Speakeasy, but the opposite is true: communication is impossible. 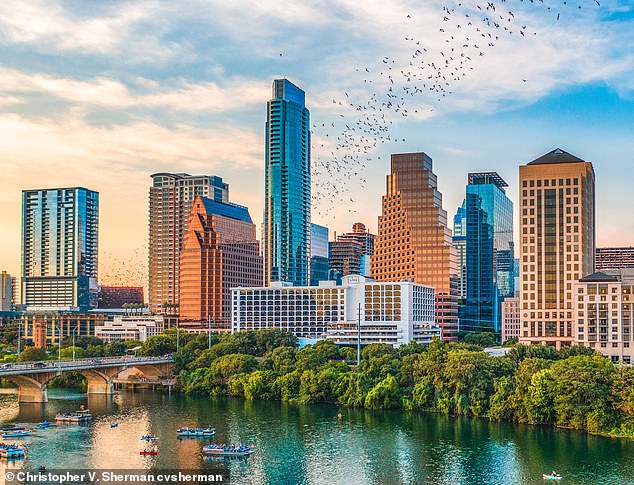 Nick Redman looks out of his 15th-floor hotel room in Austin and sees “not a yee-ha cowboy city, but a glittering skyline of plate-glass high-rise anonymity.” 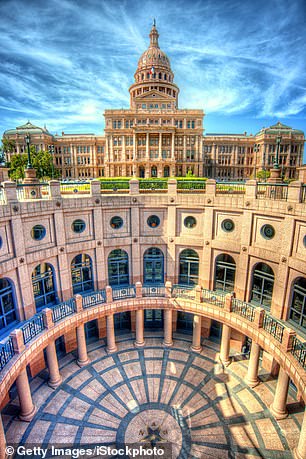 Sir Richard Branson has just launched a new non-stop Virgin Atlantic route from Heathrow four times a week. On the surface, it seems like a bold move. Still, you won’t become a record label founder billionaire unless you’re good at predicting profitability. The outbound flight is packed with people who are probably destined for an exciting Texan road trip or a long late weekend of booze and blues.

Or for business reasons, which is where Branson’s brain may have wandered. Think Tex, think rednecks, but the first thing that strikes me about Austin is its modernity.

As I check into the Fairmont, I look out of my 15th-floor room and see not a yee-ha cowboy town but a glittering skyline of plate-glass skyscrapers with anonymity.

Down at the bar, I’m chatting up some guys in town for Consensus, a massive cryptocurrency convention that’s making Times Square look as crowded as Yosemite. “California is such a bloody nightmare,” says one. “The tax rates are gigantic. There’s a lot of people pouring out right now.’

And the other adds: “Texas is business-friendly because there are no income taxes. Tesla, Google, Facebook, Hewlett Packard – they all moved here.”

It’s a breathless narrative I hear everywhere: the next Silicon Valley; the new business capital of the world; Tesla’s $1 billion factory on the east side; Samsung’s new one – can it really be $17 billion? – plant; Google completes another skyscraper and so on. 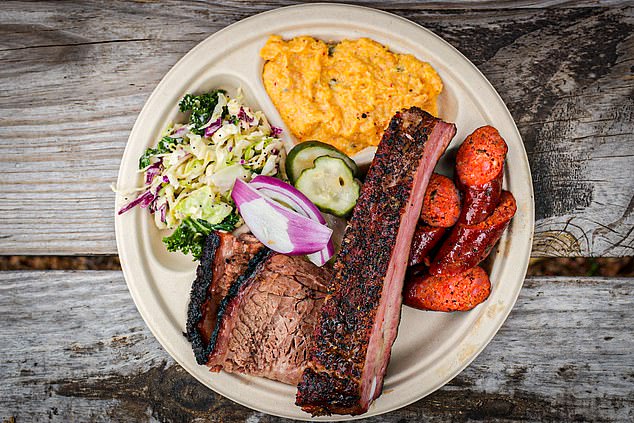 “As far as food goes, Austin is sizzling,” writes Nick. He tries some brisket at Micklethwait Craft Meats (dish from the outlet above), which he describes as “heavenly”.

With that in mind, you might be thinking, “What does the city have to offer tourists?”

Pretty much, as it turns out. I wander aimlessly, fascinated by its iconography: credit company billboards towering high against the sky; long clouds low on the blue horizon; seedy guests smelling of old IPA; dark, wood-lined barbecue areas.

When it comes to food, Austin sizzles, from the humblest pizza at Home Slice to the cheesiest queso at Torchy’s Tacos. At Micklethwait Craft Meats, the breast takes the biscuit. It’s cooked for hours, juicy as hell and so heavenly.

I would return to Austin just for the shrimp corn dogs at Moonshine. Drizzled with honey mustard and topped with blueberry puree, they’re southern comfort on a stick.

The next day, I’m taken on a tour by comedian Joel Keith, who introduces me to the Museum of the Weird (a clue is in the name). There’s the must-Instagram Greetings from Austin mural, the “Bat Bridge” (home to a colony that flies away at dusk) and the Willie Nelson statue: a salute to the man who put Austin on the music map .

There’s the towering Texas State Capitol, a dramatic 19th-century vision set in sunset-pink granite, and finally the Paramount, an old variety theater where Joel tells me he hosted a stand-up show called Air Sex in 2008 performed.

Want honky tonk? Walk to Broken Spoke or follow the local herd to The White Horse. In the blues mood? Try Antone’s, which started the scene in 1975 and brought guitarist Stevie Ray Vaughan into orbit.

You should also visit the Austin Public Library, which has a rooftop garden that wouldn’t look out of place in a five-star hotel.

So is the city worth the 10-hour tow? For fun, it’s a resounding yes. And for work? I’m sorry, it’s none of my business.