a ‘ashamed’ Matteo Berretini was forced to quickly delete a tribute to his idol Lebron James after the Italian professional tennis Player inserted an image with strong racist connotations.

James had posted a picture of him returning to the popular Pro-Am Drew league on Sunday, wearing the jersey for the first time since the 2011 NBA lockout. 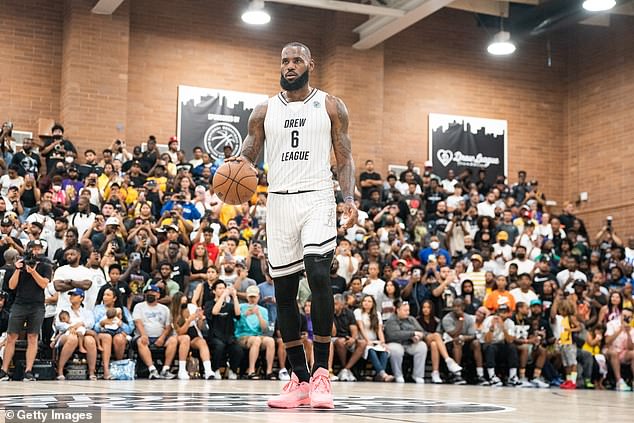 LeBron James handles the ball at the Drew League Pro-Am on July 16, 2022 in Los Angeles

‘Thank you Drew League!! Loved the energy from start to finish! Anything for the City of Angels,” he tweeted after the game.

James also posted a picture of him in the Drew League jersey with a series of steam-from-the-nose emojis followed by a crown emoji.

Berrettini is a self-confessed huge fan of the Lakers icon and shared this image on his Instagram Stories, adding his own emojis – only something was lost in translation.

He replaced the snorting emojis with an image of a gorilla, followed by a crown in a tacky post, which was quickly removed when numerous sports fans alerted the tennis player to the racist connotations of the gorilla’s use.

Berrettini then posted an apology, saying he never intended to offend or offend anyone.

“I’m very sorry if my previous story post offended anyone,” he wrote.

“I was informed that it could easily be misinterpreted, so I deleted it.

“LeBron is my biggest idol. Incredible role model and inspiration.”

Many tennis fans agreed that Berrettini did the right thing by removing the post and apologizing.

Others accepted that he made an honest mistake. 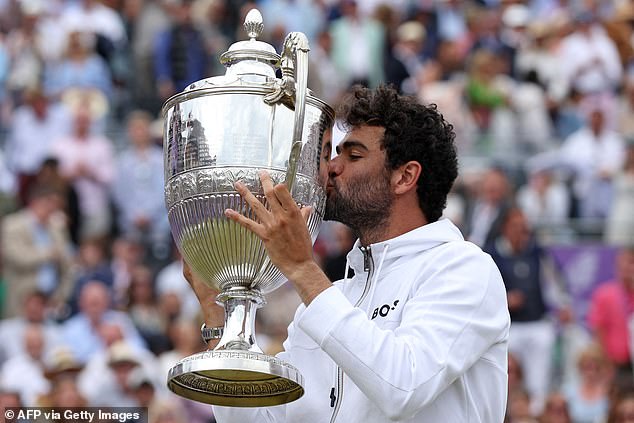 “Obviously he wouldn’t have meant it in a racist way,” one fan posted.

“Berry is definitely not racist. Looks like the guy just made an honest mistake. It was probably a “King Kong” reference and he didn’t even consider actually comparing a human race to apes. He’s probably mortified by this, hence the apologies,” wrote another.

Others said he had nothing to apologize for.

“Don’t get the problem. It’s 2022, if we can’t use bloody animal emojis to refer to humans, maybe we’ll get rid of them altogether? A fan posted.