Rugby Australia is targeting England boss Eddie Jones to return to the Wallabies after the 2023 World Cup – and he could return to coaching the national team after a fan blasted him as a ‘traitor’.

He has been dubbed a ‘traitor’ by many Wallabies fans, but England manager Eddie Jones could be poised for a sensational return to Australia rugby after the 2023 World Cup.

Jones coached the Wallabies from 2001 to 2005 before taking stints abroad Japan, France, South Africa and now Englandwhere he has been head coach since 2015. 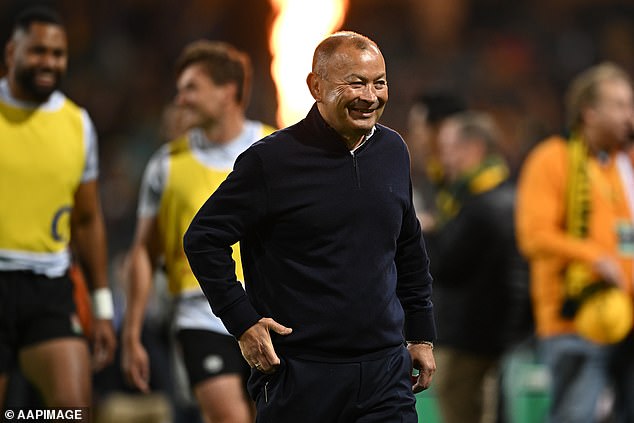 Currently wallabies Coach David Rennie is under increasing pressure following the recent 2-1 loss to England in the Ella-Mobbs Trophy Test series as his win rate slips below 40 per cent ahead of a crucial World Cup year.

It’s likely that just an unlikely appearance at the World Cup Finals would result in Rennie’s contract extension and Rugby Australia have reached out to Jones to ask about his availability after sport’s biggest tournament.

Wallabies sources have said Rennie’s job is secure for the next 12 months but beyond that Rugby Australia could be looking for other candidates. 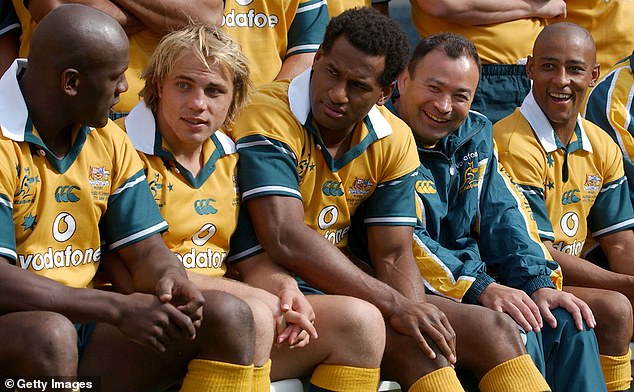 Jones has hinted a return to Australia could be a possibility in the near future and he has stayed at his former home in Coogee while on tour with the England side.

That Sydney Morning Herald has reported that anonymous sources have confirmed Rugby Australia has been after Jones for a homecoming for some time.

With Australia set to host the next World Cup in 2027, the time has come to bring Jones back into the team to prepare the Wallabies for a tilt at the Webb Ellis Cup on home soil.

Meanwhile, the Wallabies fan was caught on camera in an altercation with Jones afterwards calls him a traitor following the third Test against England was revealed.

James Paton, a sales executive for the Nine Network, was the man who shouted “You’re a traitor,” prompting an enraged Jones to repeatedly yell, “Come here and say it!”.

News Corp has reported that Paton apologized to Jones on Monday and is now being suspended from the SCG, of which he is a member.

Paton, Nine and the SCG declined to comment, but Rugby Australia issued a press release condemning his conduct.

“The abusive remarks made by spectators in the member areas towards English staff were unacceptable – and not representative of rugby values,” said Rugby Australia CEO Andy Marinos in a statement.

“Rugby prides itself on the values ​​of respect and integrity – as players from both teams saw after the final whistle of a hard-fought series at SCG on Saturday night.”

“The unfortunate actions of the alleged intruder who went to the roof of the grandstand were shameful and dangerous,” he said.