‘I’ve been waiting for the contract!’: Riyad Mahrez jokes he has put off fixing his broken phone until he signs a new three-year contract with Manchester City after stunned fans told the winger he had ‘the money’ to fix his broken one replace screen

Riyadh Mahrez has joked that he can’t afford to fix his broken phone until he signs a new contract Manchester City.

The Algerian winger has extended his stay at Etihad Stadium until 2025after entering the final year of his previous contract earlier this month.

After agreeing to an extension, Mahrez was part of the City squad that flew to the United States for their preseason tour on Saturday morning. 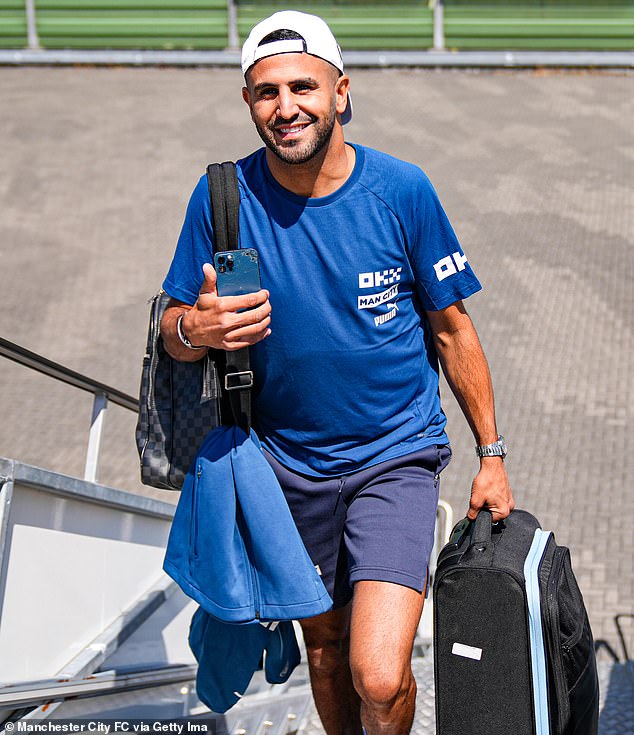 He posted a photo of him boarding the plane on Twitter, but supporters quickly noticed he was holding a broken phone.

“Mahrez you have the money,” replied one fan, and many others were equally stunned that a Premier League footballer appeared unable to fix his phone.

But the 31-year-old gave a hilarious reply. “I’ve been waiting for the new contract,” he joked. 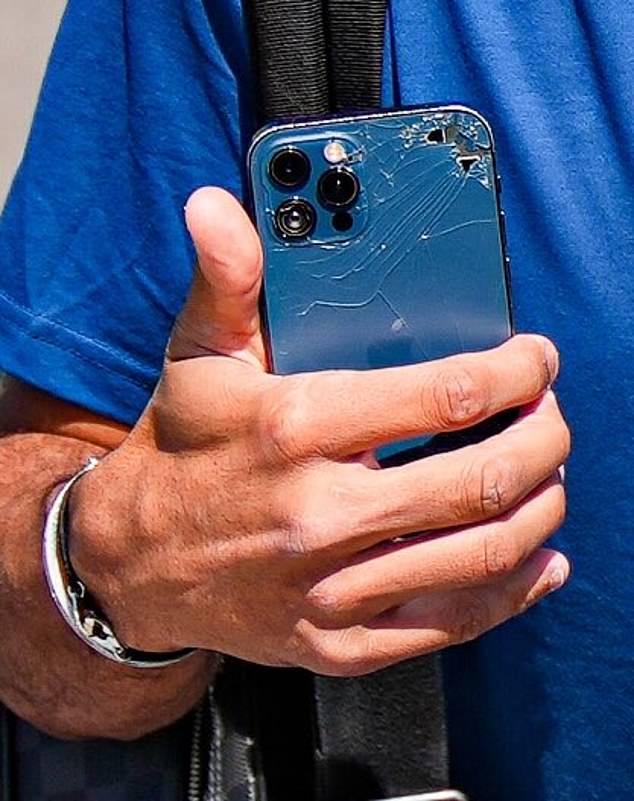 Mahrez joined City from Leicester in 2018 for £60million and has scored 63 goals in 189 games for the club.

He has won the Premier League three times under Pep Guardiola – in addition to the one title he won with the Foxes in 2015/16 – and has also won three Carabao Cups and one FA Cup.

“I am very happy to sign the new contract,” said the winger. “I enjoyed every single minute of my time here. It’s a pleasure to be part of such an incredible club. 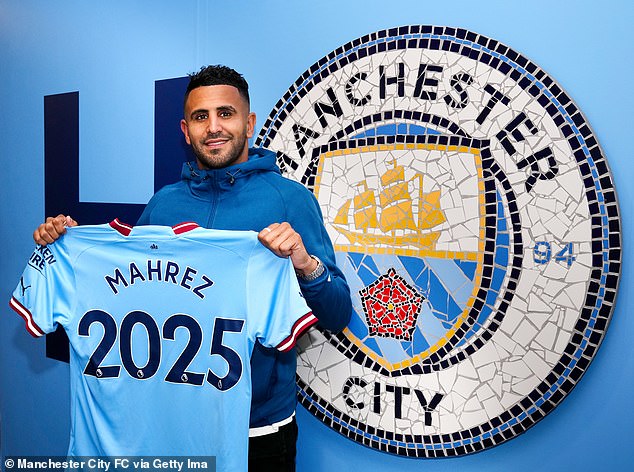 Mahrez, who has been with City since 2018, has signed a new three-year contract with the club 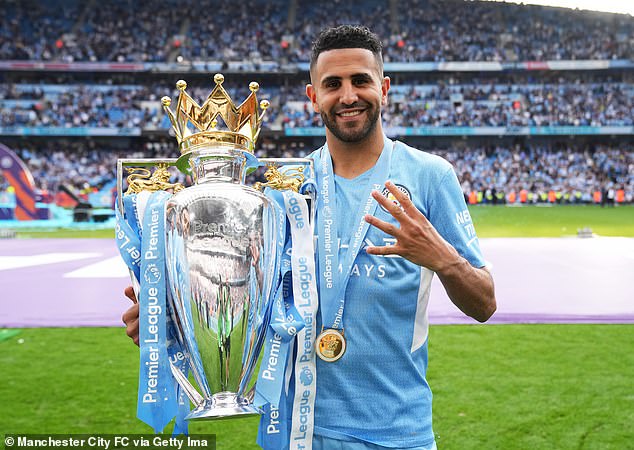 “Helping us achieve the success we’ve enjoyed over the past four seasons has been unforgettable and left us all hungry to achieve even more.

‘I also want to thank Pep, [director of football] Small [Begiristain] and the coaching staff, both for the way they have helped me develop as a player and for pushing me to keep improving.

“Now I just want to try to do my part to ensure that we are successful next season and beyond.”