Newcastle still have “work to do” in the summer transfer window, boss Eddie Howe insists as he targets a striker and winger after investing £55m in goalkeeper Nick Pope and defenders Sven Botman and Matt Targett

Eddie Howe believes Newcastle need to do more in the transfer market before being satisfied with their squad for the new season.

The Magpies added goalkeepers Nick Pope and defenders Sven Botman and Matt Targett for a combined £55m this summer.

But Howe, whose team started the Tour of Austria with a 3-0 win over 1860 Munich here in Saalfelden on Friday, said: “I’m very happy with the deal we’ve had so far. We definitely improved the group. But I have a feeling we still have more work to do.” 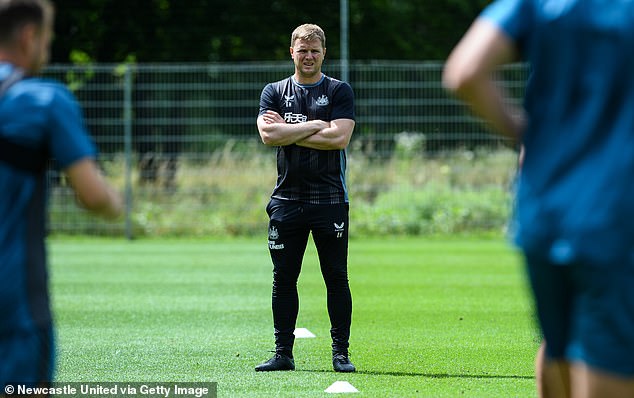 Howe would like a winger and a striker with Leeds’ Jack Harrison and Chelsea’s Armando Broja, two names on his target list.

But the head coach said: “There is nothing to report and we are still working very hard behind the scenes to improve the squad.

“We want to strengthen certain areas of the team. It remains to be seen whether we can pull off a deal. It’s a tough window, tough market, high prices and very limited availability. I’m sure that hopefully we can win a player who can make a difference for us.

“You have to be adaptable because if we don’t find the right player, I might have to look for other positions. We’re looking for quality players who will improve the group, regardless of position.’ 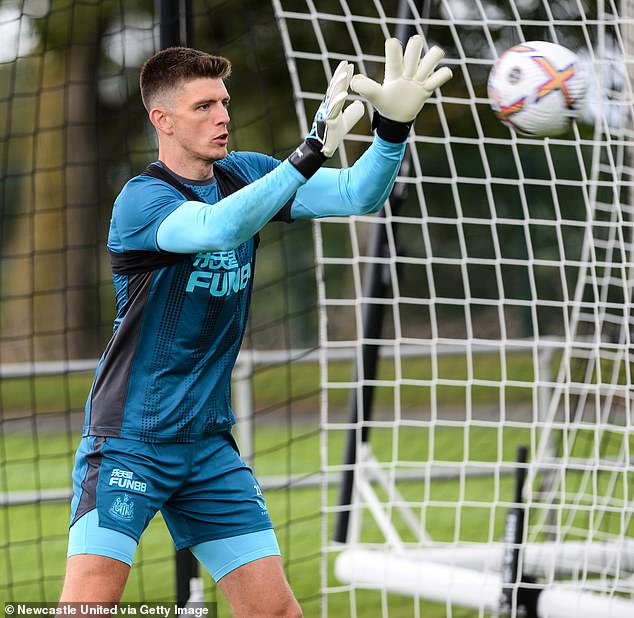 Howe made his debut for Pope and Botman as Newcastle scored three goals in the second half at the Saalfelden Arena, Joe Willock, Sean Longstaff and Bruno Guimaraes scoring.

And of the £32million centre-back Botman, Howe said: “I was really pleased to have the deal in place, it’s no secret we’ve been pursuing it for a long time.

“He has real ability, I think you saw that today. He is a presence. He’s a really good size. His technical ability was evident from day one of preparation, his ability to not only play long passes but short passes as well. He’s very, very calm.

“I think he has settled into the group very well. He is a very likeable person, very relaxed and calm. I am very happy with his impact on the group in a short period of time.” 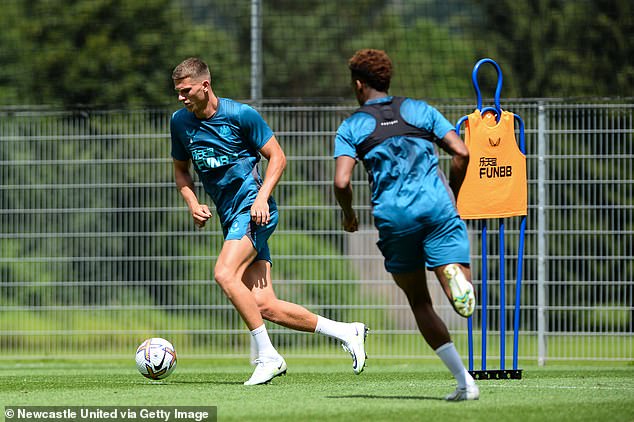 Academy graduate Elliot Anderson also caught the eye in midfield. It has not yet been decided whether the 19-year-old will be loaned out again after his successful time with Bristol Rovers last season.

Howe said: “He has come back with real enthusiasm and a desire to perform well and is showing us how far he has come from being on loan. I thought he was probably the biggest bright spot we had in that first half, which was difficult for us. I’m really impressed with him.

“He’s pretty quiet within the group, but he’s a very steely, determined boy who wants to do well. We really like him.”

Anderson has been noticeably taller and bulkier since he last appeared in black and white, and Howe added, “I think that was probably the biggest development. He looks like he now has the ability to go box to box, battling not only in possession but also off-ball with tackles.

“I thought he pressed well in the first half. I think we saw a real increase in his stamina.