Liverpool This is confirmed by coach Jürgen Klopp Diogo Jota will not be able to compete against their Community Shield battle Manchester City later that month after suffering another hamstring injury in training.

Jota has traveled to the Far East with the Reds squad on their pre-season tour but has pulled out with the problem after only returning to training after suffering a similar injury while on duty in Portugal last month.

The 25-year-old will undergo tests to determine the extent of the injury after sitting out the 2-0 friendly win crystal palace and now his manager Klopp has admitted he will be out of action until at least next month – excluding him from the Community Shield game against City on July 30. 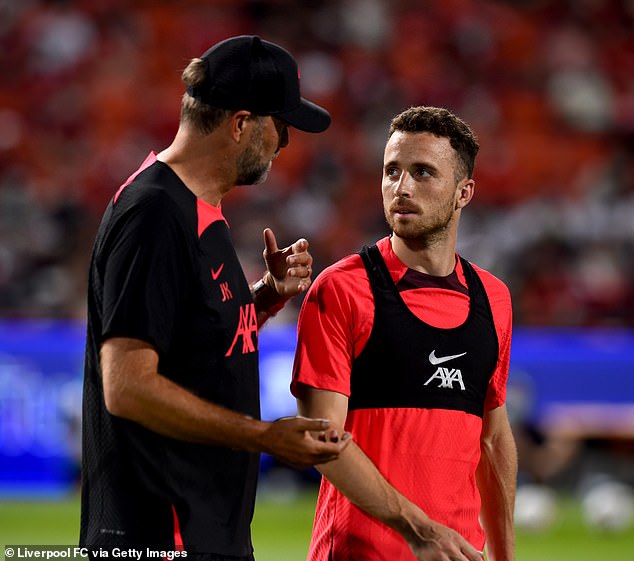 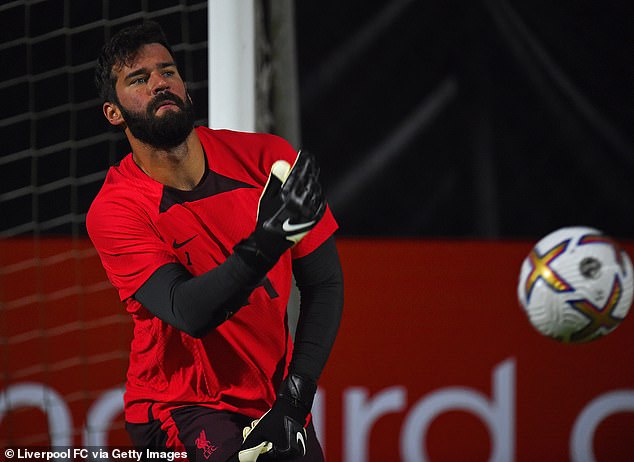 However, he believes goalkeeper Alisson has ‘a chance’ to feature against Man City

He had better news for goalkeeper Alisson, who showed up during a training session.

“Ali has a chance against Man City, Diogo doesn’t,” he told the press.

“It’s nothing serious with Ali, but we’re preparing for the whole season. It’s just not ideal. He can’t do goalkeeper training with it and shouldn’t be playing at this moment, but he can do some other things.

‘These things happen. Just a little thing, but we have to be careful.’ 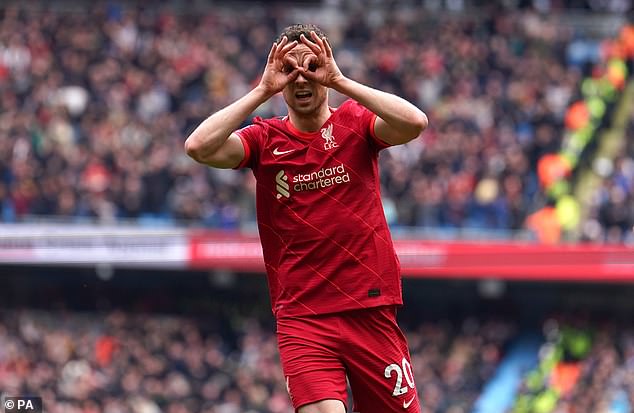 Jota, who has picked up another hamstring injury, had a successful 2021-22 season, scoring 21 goals and providing eight assists

He had sympathized with Jota after seeing his injury resurface, saying the player was ‘unlucky’.

“He had an injury from the end of last season. He trained fully yesterday but injured himself again. That’s really not cool.

“Now we have to wait for the results. He had an assessment this morning so we’ll have to see. It’s in the same area.”

Jota, who scored 21 goals and provided eight assists for Liverpool last season, played no part in the 4-0 win over Manchester United and Klopp hoped he would be fit to face the Eagles.

After returning from the Far East, Liverpool will meet RB Leipzig in Germany on July 21 and Red Bull Salzburg in Austria on July 27.

Klopp’s side will then play City at Leicester’s King Power Stadium before a friendly against Strasbourg at Anfield the next day.

They will start their final league campaign with a visit to Fulham on August 6th.