Liverpool confirm a “huge truss” has been “lifted into position” as work on the Anfield Road Stand gathers pace… with capacity for over 61,000 fans once the revamp is complete next year

Liverpool have taken another step forward in the rebuilding of Anfield Road Stand when a “huge truss” was placed in place on Tuesday morning.

Work on the stand started last September together with the manager Jürgen Klopp stick a spade in the ground to mark the start of construction.

Significant progress has been made since then and the club’s Vice President of Communications Craig Evans has now provided an update on the current status. 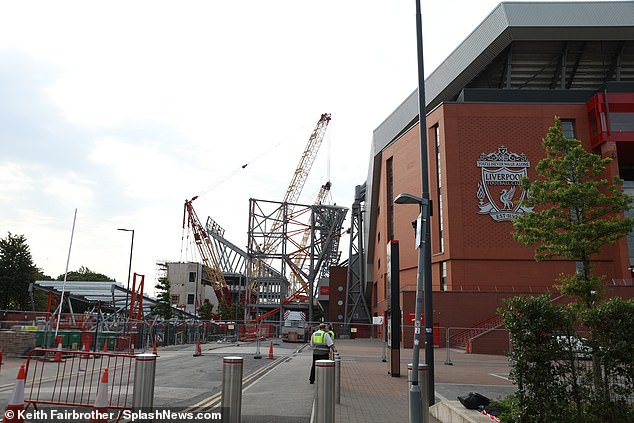 A “huge truss” was “lifted into position” on the Anfield Road stand. 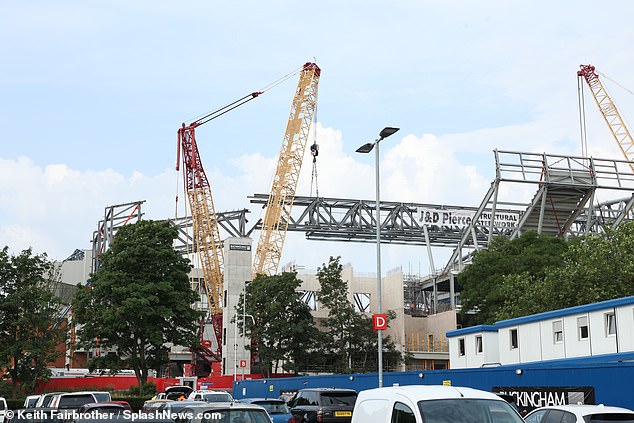 Work is progressing on the stand, which will hold an additional 7,000 fans when completed

“The huge truss on the new Anfield Road Stand will be carefully lifted into position this morning,” he tweeted on Tuesday.

When the stand is complete, it will accommodate an additional 7,000 fans.

The majority of the seating in the new grandstand – 5,200 to be exact – will be standing, while the remaining 1,800 will be lounge or hospitality seating, taking Anfield’s total capacity to surpass the 61,000 mark. 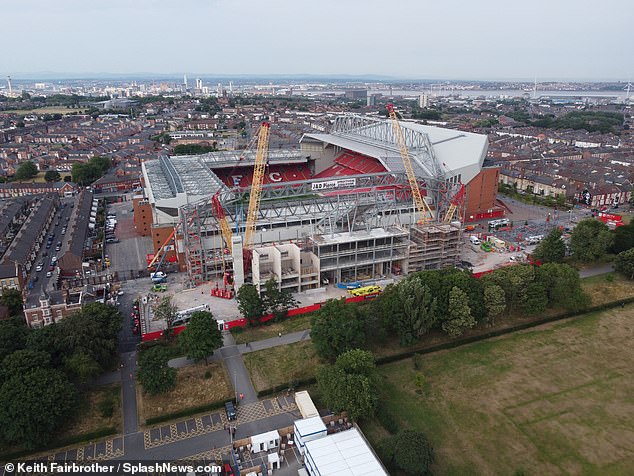 Capacity at Anfield will exceed 61,000 once the stand is complete

This would make Anfield the third largest stadium in the Premier League by capacity, behind only Old Trafford and Tottenham Hotspur Stadium.

However, there is still a lot to be done before the stand is up and ready for use.

The club are aiming to complete the stand before the start of the 2023/24 season, which means there is still around 12 months to go before completion.