The Liverpool stars shake off the sweltering heat to continue their preparation for the new Premier League season, while Darwin Nunes, Mo Salah and Roberto Firmino battle the sweltering conditions in Britain after returning from last week’s tour of Asia

Liverpool have completed their first training session back in the UK after a pre-season tour Asiawith some key players present in the record-breaking heat.

They are preparing for the next leg of their summer: an away game at RB Leipzig on Thursday.

Joe Gomez was spotted training and appeared fully fit after a knock-in Singaporebut Alex Oxlade-Chamberlain was absent with a hamstring problem. 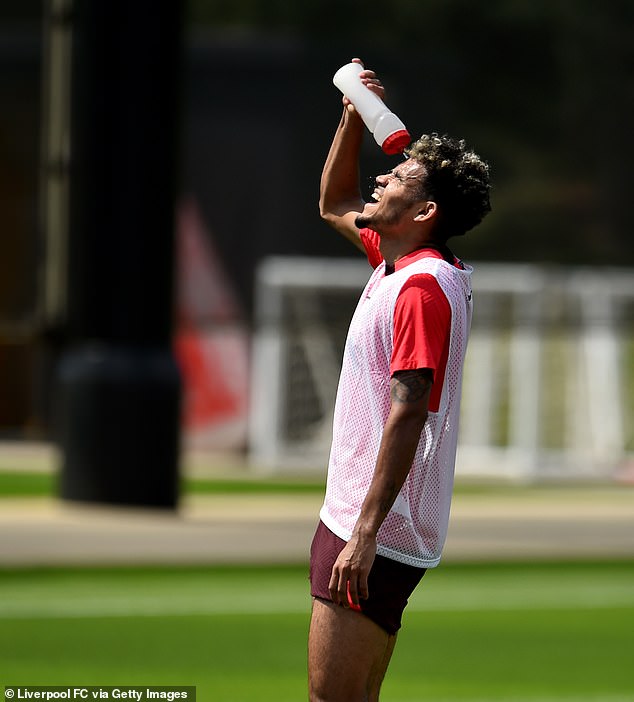 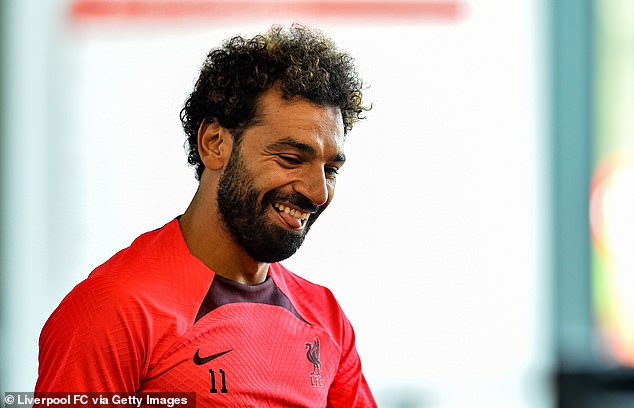 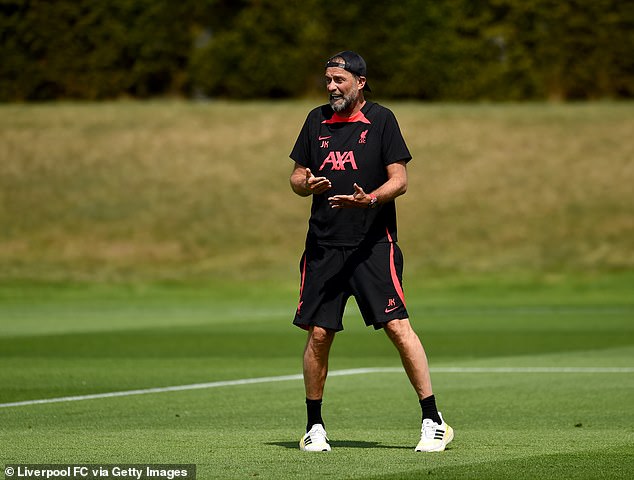 Most of Liverpool’s post-Mane front was in attendance as Mo Salah, Luis DIAz and Roberto Firmino all took part under the watchful eye of Jurgen Klopp.

Despite his South American background, Diaz appeared to wilt slightly in the record-breaking heat and was seen pouring a bottle of water over his head.

There was good news for academy stars Isaac Mabaya and Stefan Bajcetic, who have both had the chance to train with the first-team, suggesting they are on course to play senior football at Anfield. 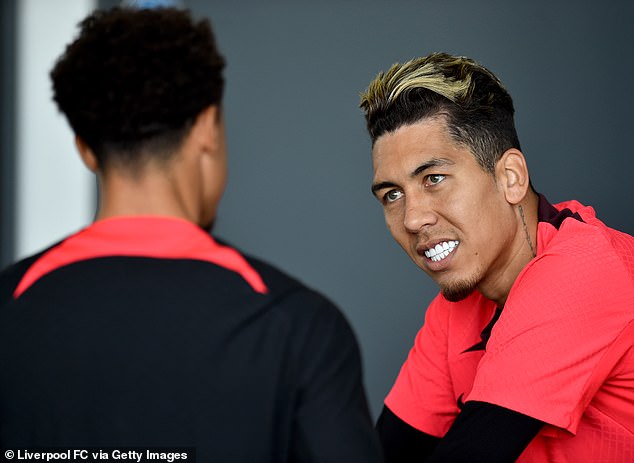 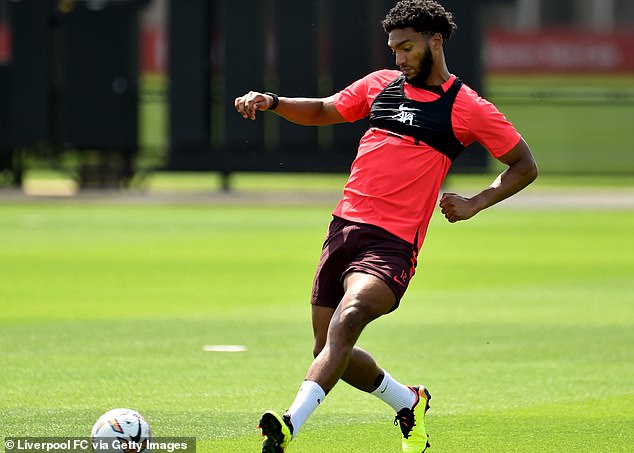 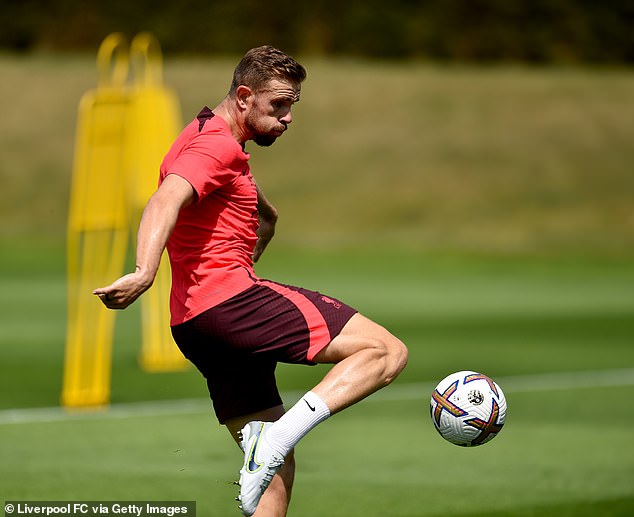 Liverpool are hoping to guide rivals Manchester City to the Premier League title next season after missing out by a point last season.

They will take on City in the Community Shield on Sunday 31 July and begin their league campaign against Fulham the following Saturday.