NSW Assistant coach Greg Alexander has angrily dismissed an “absolute rubbish” and “disrespectful” opinion from a prominent journalist that the Origin series was lost due to a lack of passion in the blues.

Speaking at the SEN breakfast, the great Penrith balked at speaking Queensland‘s dedication to the Maroons jersey was instrumental in the final result.

“Anyone who says Queensland cares more about the shirt is talking absolute rubbish,” Alexander fumed on Friday morning to be co-host Andrew Voss.

“It’s disrespectful to even say that. The comment makes me so angry. The disappointment is bigger when you lose. We (NSW) had a very shallow dressing room. Nothing was said. It was dead quiet.’

Alexander added that the turning point in his eyes was winger Daniel Tupou’s mistake just before half-time at Suncorp Stadium.

The error gave Queensland a field position, and soon after they crossed the strip for a crucial try when Kurt Capewell was the quickest to respond to a Harry Grant cultivator. 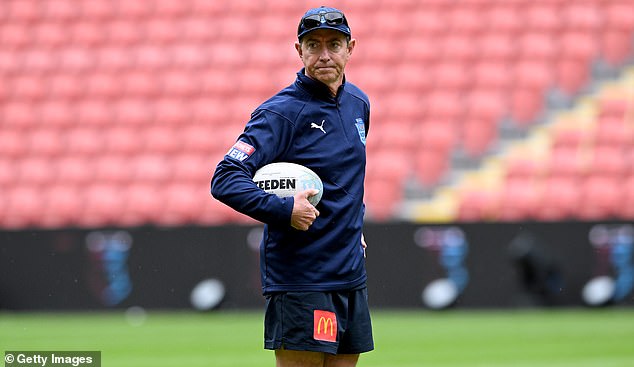 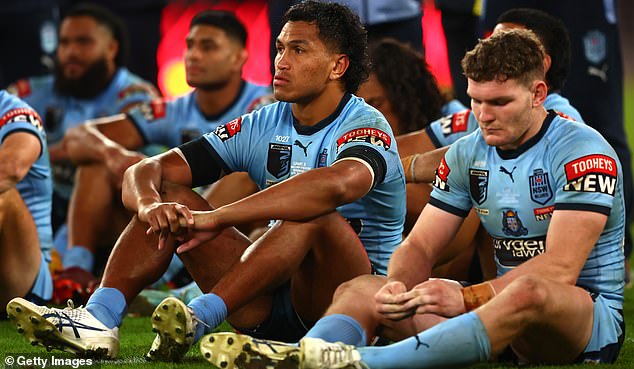 Speaking to SEN Radio, Alexander said the Blues’ dressing room was “very flat” after the decider loss (NSW players pictured after the 12-22 loss to Queensland).

In the second half, Queensland’s heroic defense repeatedly battled NSW to cross the center line, with the man affectionately nicknamed ‘Brandy’ admitting the Blues eventually ‘ran out of gas’.

The veteran writer pointed out that on debut, Billy Slater showed confidence in Tom Dearden, who reassured his trainer he would not let his condition down after star five-eight Cameron Munster was ruled out for a positive Covid test.

Kent felt the same motivation could not be said of Dearden’s counterpart Jarome Luai, who has reportedly pledged allegiance to Samoa at the World Cup in Britain later this year alongside blues winger Brian To’o.

Before the game, the Maroons designated forward Tino Fa’asuamaleaui as enforcer, and he was more than ready to shake the cage to secure a series win.

“That got us the win. We all stood in a row ready to do anything,” Fa’asuamaleaui said.

“It was about the guys playing hard football and being willing to do anything for their mates.”

Queensland have won two of their last three series against NSW – and both years have been underdogs.