AFL reporter at war: Footy Show star Tony Jones has been dubbed a ‘school holiday surrogate’ after he accused his Channel Nine colleagues of not making it clear about his low ratings

The Sunday Footy Show host Tony Jones has been locked in a war of words with the boss of SEN Radio after he accused him of covering up the truth about the company’s poor ratings.

As a co-host and former port Adelaide Star struggled with his numbers while talking about them AFL Head, Jones chimed in, “I think he’s taking a leaf out of Craig Hutchison’s book with the reviews, he’s giving them that spin.” 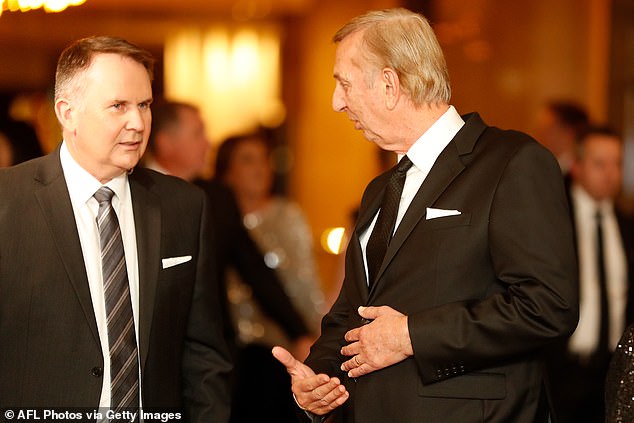 “In over 20 years as a professional substitute, he (Jones) has never been in a (radio) ratings poll. He filled in the school holidays… Off-Broadway TJ is judging us.

“Turn it up, TJ. If you’re going to get a registered listener and actually get a 20+ year review week then we’ll take your advice.’ 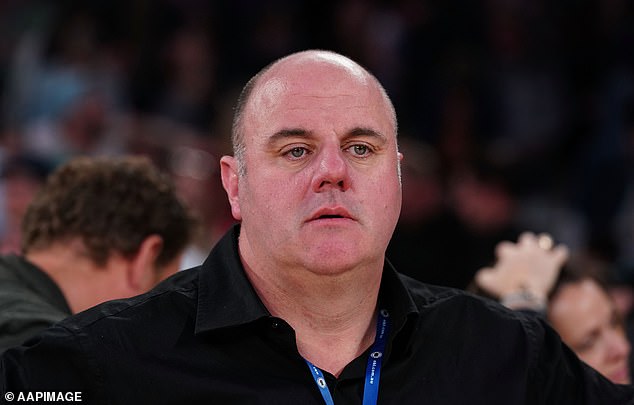 Hutchison didn’t take it, branding his Channel Nine colleague a “filler” who doesn’t have “a registered listener.”

The SEN boss defended his channels’ ratings in May as they recovered from poor numbers in a previous survey.

He disagrees with the ‘old school’ calculation of numbers and would prefer a more modern system to be used.

“During the summertime we’ve had a lot of challenges with people and Covid,” he said.

“We had some new people like Nathan Buckley and others. We had the core teams a little later than normal. I knew our next survey would be much stronger, and it was.”

Jones took over as director of the Sunday Footy Show from Hutchison in 2016.