Through Richard Gibson for Mailonline

Matthew Potts was forced off the pitch after feeling the effects of the extreme heat during his one-day international debut in Chester-le-Street, where thousands of spectators fled the stands.

Durham Seamer Potts, one of the international summer’s success stories with 18 wickets in four Test appearances, managed just four overs before leaving the field at his home stadium as temperatures hit 37 degrees.

The opening game of England’s Royal London Series vs South Africa sold out at 15,000, but only two-thirds of the seats were temporarily occupied as the paying audience sought shelter from the sun.

The Riverside’s design is one of the most open in the country, with no roofs for fans to hide under, forcing fans to seek shade elsewhere. 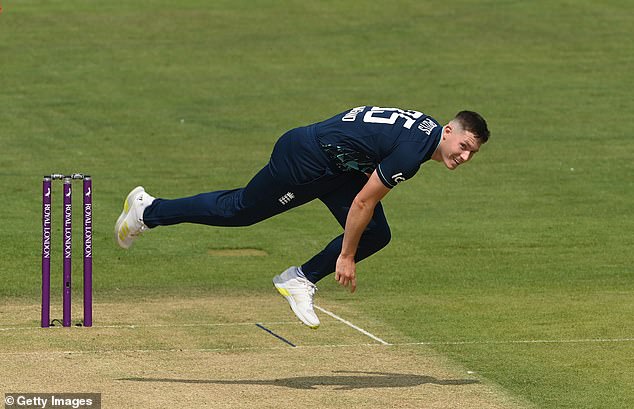 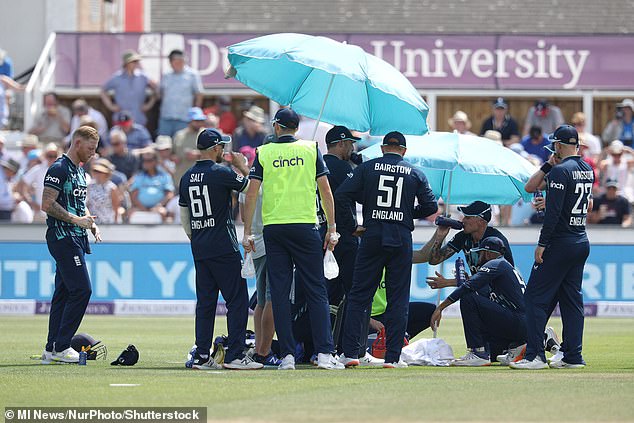 England players take a break for a drink, with temperatures reaching 37 degrees in Durham

Durham also opened several air-conditioned meeting rooms and offices on the site to allow those hardest hit by the muggy conditions to recover.

Medics and police worked overtime to help those who reported unwell, while hundreds are said to have gone home during the first innings.

Jointly responsible for crowd safety, the ECB and Durham conducted multiple assessments throughout the afternoon. One of the options considered was to abandon the game. 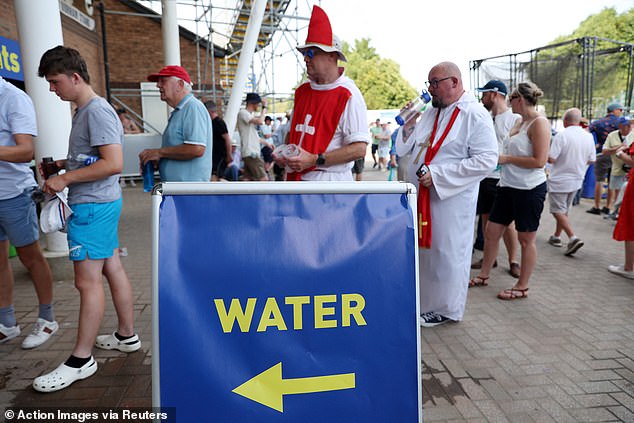 An ECB spokesman said: “In light of today’s extreme heat, we are keeping a constant eye on the well-being of spectators and players.

“We’re regularly updating crowds on how to stay hydrated and find shade, and have brought in extra support to help anyone who is unwell.

“Additional drink breaks have been added for players. We continue to monitor the situation closely.’