defending champion Dina Asher Smith faces a fight for her 200m title at the world championships. 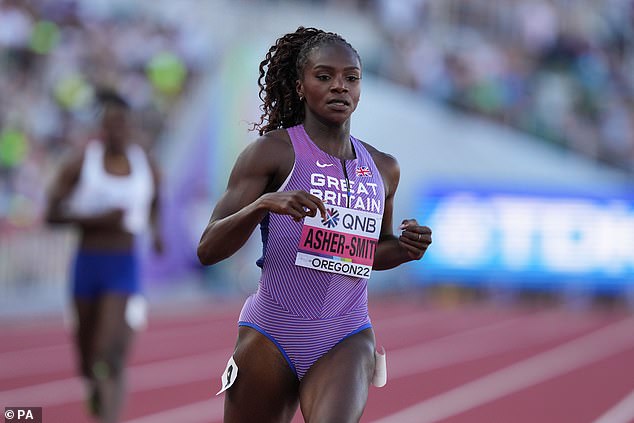 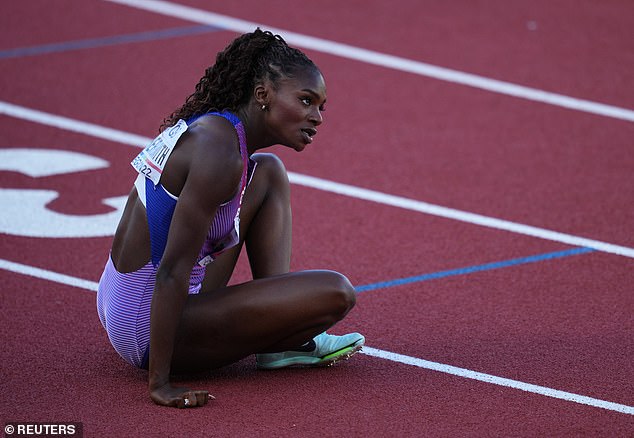 However, the defending champion faces an uphill battle to defend her title from Doha on Thursday

Asher-Smith ran a season-best 21.96 seconds to finish behind Tamara Clark of the US in her semifinals and reach Thursday’s final.

“I’m really happy with it,” she said. “We knew we had to run this very well, so I was really happy to finish second. I didn’t actually know if I was first or third, so I just waited.

“We came here sharp because it’s the World Cup, we’re always ready to go and that’s just part of the job – navigating the rounds and making it to the finals. That’s also part of the ability. 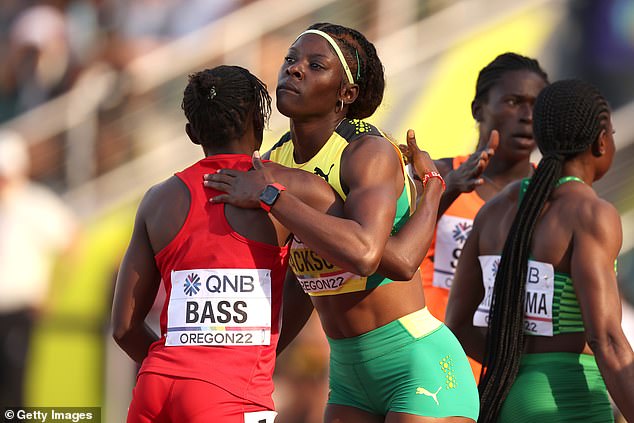 Shericka Jackson set the pace in Tuesday’s semifinals with a time of 21.68 seconds 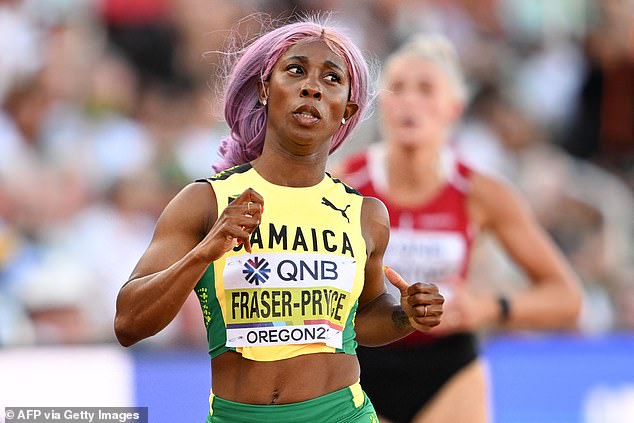 Second fastest was fellow Jamaican Shelly-Ann Fraser-Pryce with a run of 21.82 seconds

“I’m glad we have a day off so I can rest, recover, focus and get ready again, just a little faster.”

Jackson holds the world best of 21.55s, with Asher-Smith likely needing to break her own British record of 21.88s, set three years ago in Doha, to have any chance of retaining her title.

Jackson’s performance was the second fastest time in the world this year and the 12th fastest in history. Sunday’s 100m champion Fraser-Pryce continued to impress despite slowing before the finish line.

Asher-Smith finished fourth in Sunday’s 100m final behind a clean Jamaica sweep, although she equaled her British record of 10.83 seconds. 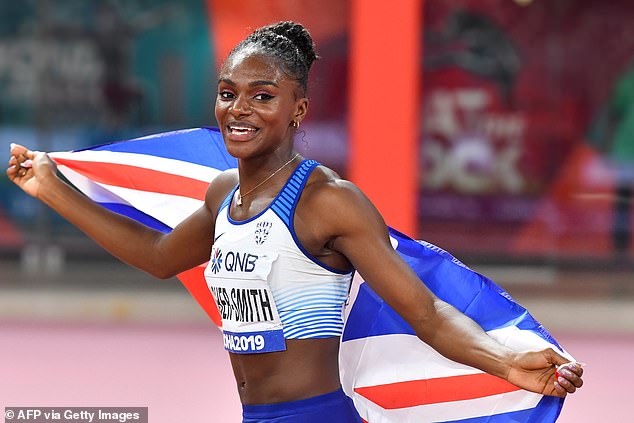 Asher-Smith, who won the title in Doha in 2019, will likely have to beat her British record if she wants to hold off against Jamaican pair Jackson and Fraser-Pryce in Thursday’s final

Great Britain captain Nethaneel Mitchell-Blake ran 20.30 seconds in the men’s 200m semi-final and did not advance as Joe Ferguson was also out. New 100m champion Fred Kerley appeared to suffer a hamstring injury in the same run and was KO’d.

Mitchell-Blake said: “Championships are grueling. I can’t complain about the race load because some people have doubled. It’s nice to be back in an environment where I’m competing with the best and I feel like my best is still ahead of me.”

Jessie Knight reached the 400m hurdles semifinals but there was no place for Lina Nielsen.