After ending her 23-year exile from the First League by winning the championship play-off final in May, Nottingham Forest have drawn attention to themselves with their busy summer of transfers.

Steve Cooper has made six signings so far and spent close to £60million, but Forest’s business appears far from over.

sports mail examines how the Reds might line up next season as they try to survive in the top flight. 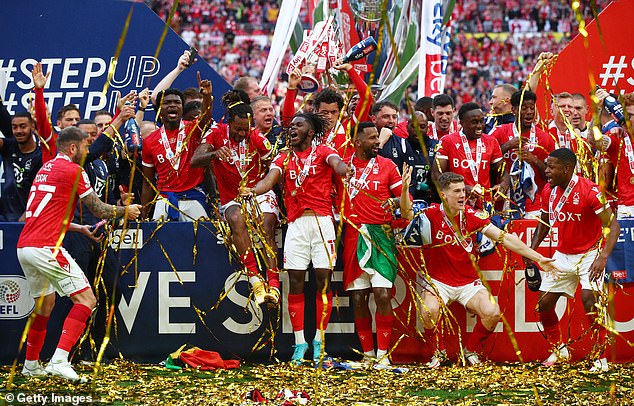 Nottingham Forest have attracted attention with their post-promotion transfer activity

With the promotion festivities in full swing at the end of May, Forest may not have expected to change goalkeepers over the course of the summer.

That was before Brice Samba – the hero of the play-off semi-final penalty shootout against Sheffield United – asked to leave and eventually secured a move to French club Lens.

In his place is Manchester United loanee Dean Henderson, a player craving regular playing time, having gained experience between the posts for a newly-promoted team following his superb season at Sheffield United in 2019-20.

After Lewis Grabban turned down a new contract at the City Ground, Joe Worrall will be the leading contender to be named the new Premier League captain of his hometown club.

The 25-year-old wore the armband at the end of last season when Grabban was injured and his rock-solid performances didn’t falter. The arrival of Giulian Biancone from Troyes means additional competition but Worrall should not lose his place. 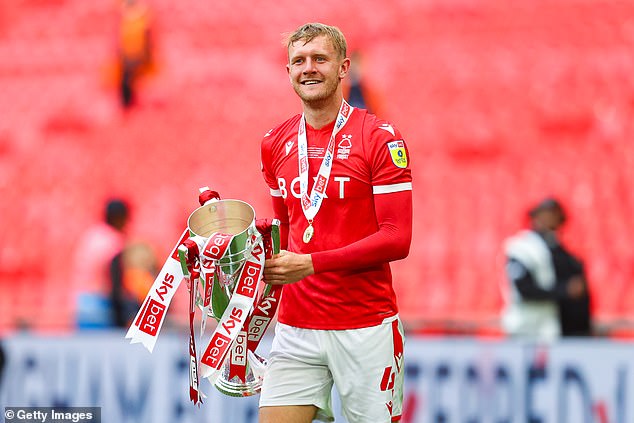 Moussa Niakhate was set to move straight into Forest’s back three after signing a £Xmillion deal from Metz, likely at Steve Cook’s expense.

Metz was very reluctant to let the former France Under-21 international go after he played a key role in their eighth-place finish in the Bundesliga last season. Niakhate was also captain which gives more leadership to Steve Cooper’s defence

Despite Forest’s additions to the centre-back this summer, Scott McKenna should retain his place in the starting line-up after winning the club’s Player of the Year award last season.

The Scotland international, who signed from Aberdeen two years ago, started in all league and play-off games in 2021/22 save for the final day of the regular season when Forest’s place in the top six was already assured. 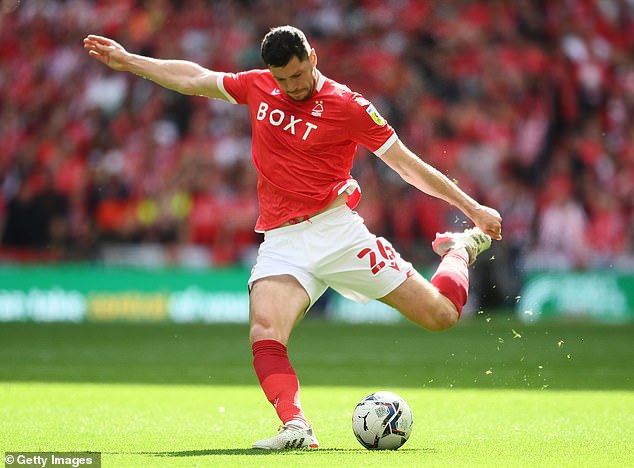 Whoever took the spot at right-back this season always had big shoes to fill at the City Ground following Djed Spence’s superb loan performances last season, but Neco Williams has all the attributes to do just as well.

Forest paid almost £17million to end Williams’ 13-year association with Liverpool and he showed he was Premier League ready last season when he helped Fulham win the league title.

The 21-year-old is additionally motivated to start the season well as he looks ahead to the World Cup with Wales in the winter.

There is also a new face at the opposite side, with Omar Richards joining from Bayern Munich for around £10m.

The 24-year-old only joined the German giants last summer after leaving Reading, but he returns to England after playing with some of the world’s best players, trying out Champions League football and winning the Bundesliga title.

Huddersfield full-back Harry Toffolo has also been heavily linked with a move to the City Ground so could offer competition for Richards. 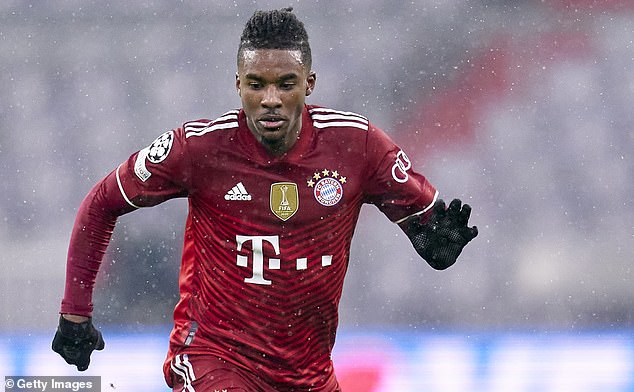 Like Joe Worrall, Ryan Yates is a Forest Academy graduate and has been at the club since he was seven.

After playing in the National League, League Two, League One and the Championship, the 24-year-old can now prove himself in the Premier League.

Yates scored eight goals last season – more than double the previous season’s total – and he is the heartbeat of this Forest team.

One area in Forest’s squad that is missing the most at the moment is midfield, so it’s no surprise they are keen to sign Lewis O’Brien, who faced them at Wembley for Huddersfield in May.

The Terriers reportedly want around £12million for the 23-year-old, who has been at the club since he was 11.

He isn’t exactly one to contribute regularly in the last third – he recorded three goals and three assists last season – but his hard-working performances in the league over the last two seasons should see him rise to the top flight. 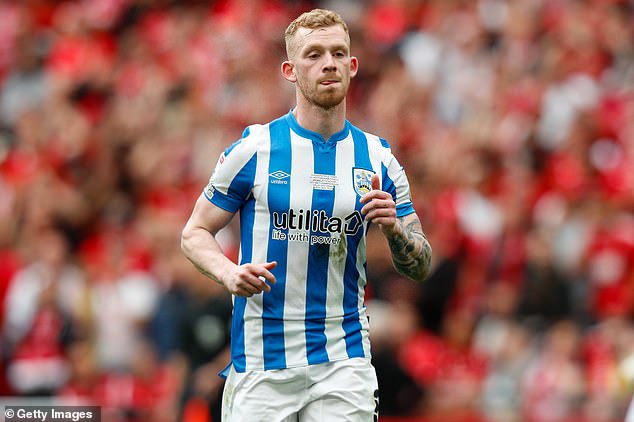 Another proposed transfer and another player to face Forest in the Championship play-offs. Morgan Gibbs-White was on loan at Sheffield United last season and missed the crucial penalty in the semi-final shootout.

It was a disappointing end to an outstanding season for the England Under-21 international, who scored 13 goals and provided 10 assists in 40 games for the Blades.

Now he’s back at Wolves and Forest, facing competition from Everton and Crystal Palace for his signature. This could be a deal that will be finalized towards the end of the transfer window.

While Forest made plenty of additions this summer, tying Brennan Johnson to a new four-year deal was perhaps the best deal.

The 21-year-old has been going from strength to strength for his youth club, contributing 18 goals and nine assists in the league and play-offs last season.

His rapid rise continued with a first international goal for Wales last month and to see him play in the Premier League is an extremely exciting prospect. The sky is the limit. 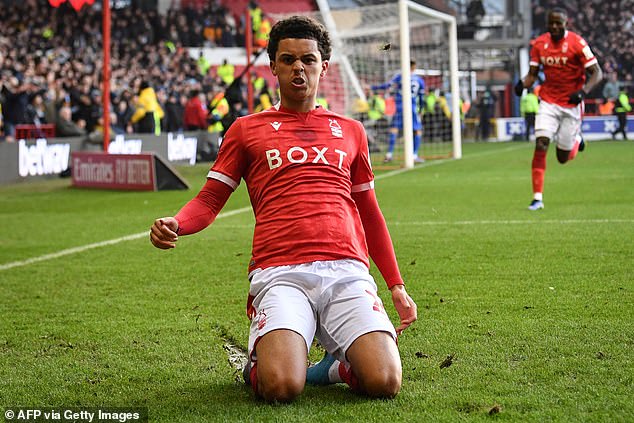 Taiwo Awoniyi was Forest’s first signing of the summer as the Reds broke their transfer record by signing the Nigeria international for £17m.

It’s not difficult to understand why. Awoniyi scored 15 goals in the Bundesliga last season, is fast and strong and used to leading the line in a 3-5-2 formation.

The 24-year-old ended an eight-year tenure at Liverpool last summer without making a first-team appearance for the Reds. He probably didn’t expect his second chance in England so quickly. 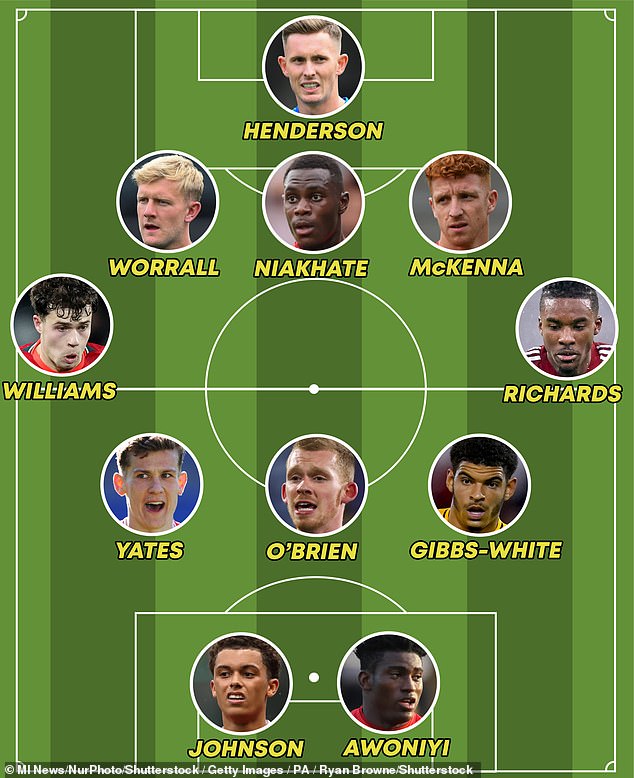