The press release confirming his departure as Rugby Players Association chief executive had been sent out, marking the end of an era.

Hopley, 52, won three caps for England and was a member of his country’s 1995 World Cup squad South Africa before an injury forced him to retire aged just 27.

He promptly founded the RPA in 1998, at a time when rugby was grappling with its status as a professional sport. At this point, the sport was still an amateur sport in many ways. 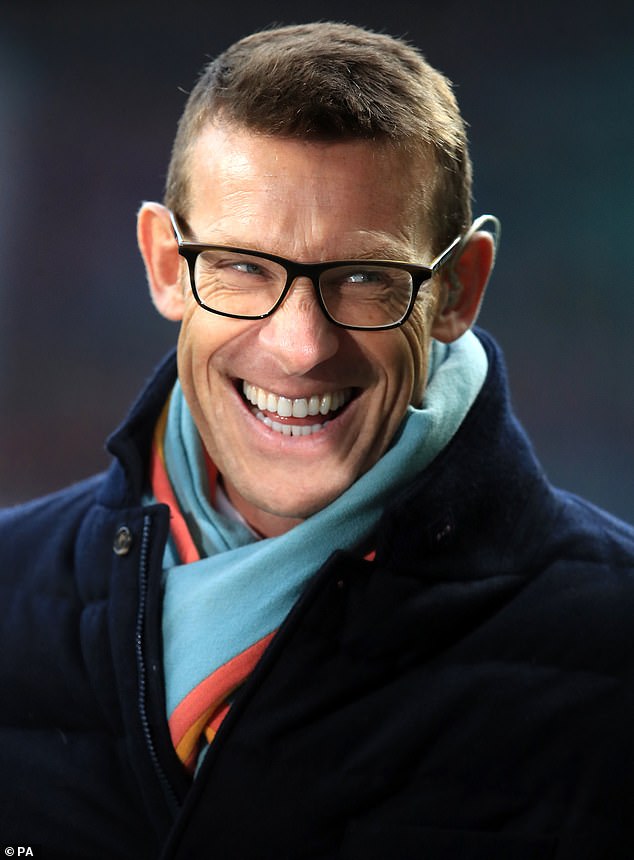 “I’ve served the organization for 24 years — a lifetime, actually — and a part of my heart will always be with the RPA,” Hopley said sports mail.

“Most people thought I was crazy when I first set it up. More than two decades later, it’s still going. I think that’s the legacy for me. It’s the right time to move on.

“As a student watching 101 Best Trys at St Andrews University, I watched all the greats of rugby like Sir Gareth Edwards and always felt like I wanted to bring something incredible to the game.

“Unfortunately, I couldn’t do that on the pitch. The fact that I was inspired to do something on the back of my injury and stuck with it means I can look back with pride at what we have achieved.

“We have negotiated millions of pounds to be invested in player welfare and development and I would even say that this has helped save a number of lives – that’s the most extraordinary thing.

“I have some very, very special memories. 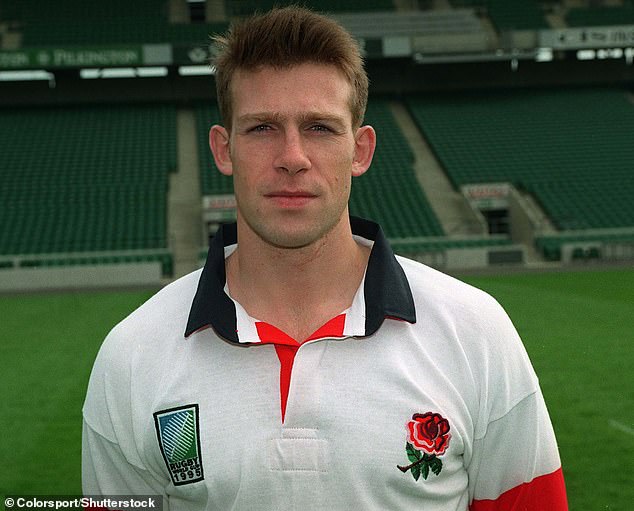 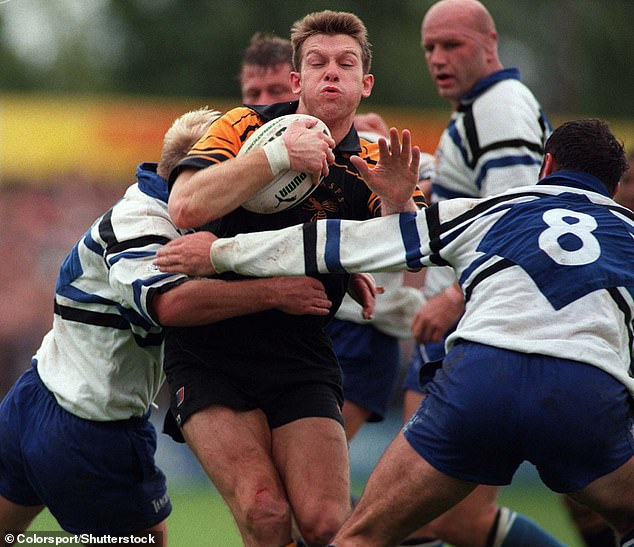 But when an injury forced his retirement at the age of 27, he set about founding the RPA 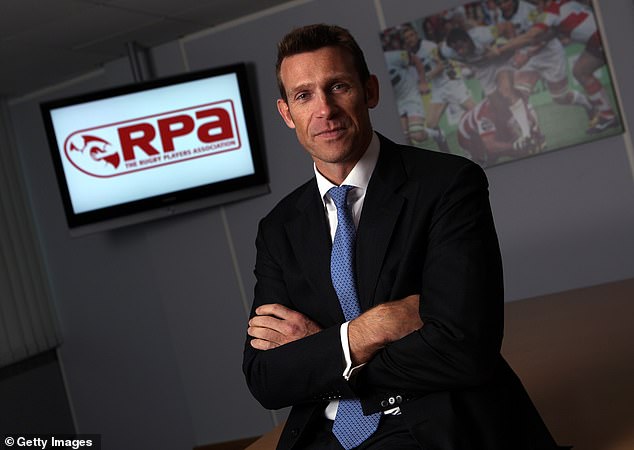 “It’s a thing that’s always been so close to me considering how the organization started. The All Black legacy is about leaving the game in a better place as you move on, and I think I’ve done that.

As Hopley prepares to leave the organization he founded, it’s perhaps ironic that the needs of today’s rugby players are greater than ever.

Covid-19 led to wage cuts across the board. The cut in the Premiership salary cap has forced English clubs to downsize their squads and put several players out of work.

Last month, former England center Luther Burrell revealed the toxic racism he suffered throughout his career. A complex legal case fought by ex-players like 2003 world champion Steve Thompson over concussion and head injuries after being diagnosed with early-onset dementia is ongoing.

These are huge problems. They are not quick fixes.

“I was appalled to hear Luther’s comments, primarily not on a rugby level but on a human level,” added Hopley. “We had a meeting this month with Luther and his representatives, myself and Bill Sweeney and Simon Massie-Taylor of the RFU and PRL respectively.

“There’s this awful word that’s used in rugby and in society – banter. It’s a word people use to hide things like racism and homophobia. There just isn’t room for it in our game. 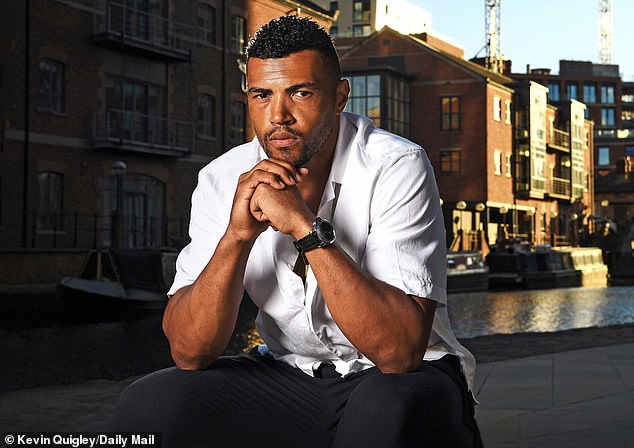 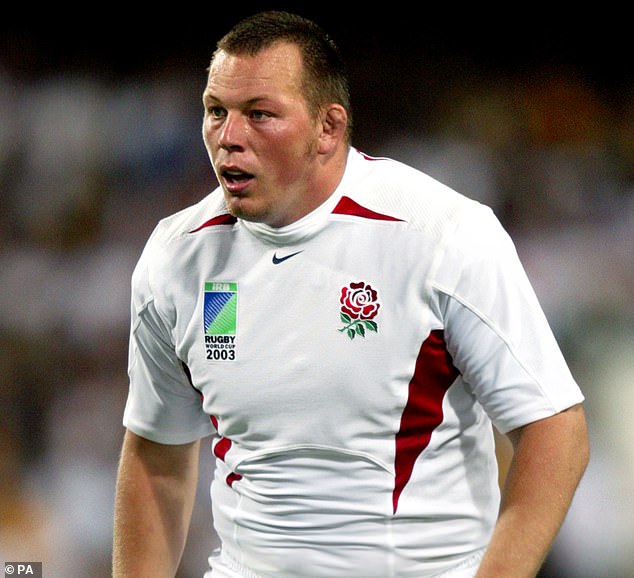 “Luther’s courage in speaking out was exceptional, but he also raised his hand to see how he could help. We want Luther to have an impact for good and change in this area.

“Most important of all is that rugby as a sport now has an opportunity to seize this moment to address these challenges. Luther has been the victim of terrible language and treatment and we must draw a line in the sand, change things and move forward positively on its back.’

Hopley continued, “I think the contribution to incorporating Luther’s comments is very important.

“Ugo Monye recently spoke about drinking culture in rugby. Rugby has so many strengths. “The French call it ‘the third half’ and the social element of our sport is the most extraordinary. You don’t want to lose that. I will take some of the relationships I’ve built in rugby with me to my deathbed.

“But society has changed and we need to move with it in terms of social diversity and inclusion. “We see changes, but we have to act faster.”

Hopley cites the Harlequins “Bloodgate” scandal in 2009 and England’s humiliating exit from their own World Cup six years later as two of the deepest moments of his tenure as RPA boss. But in three decades at the top there have undoubtedly been some high points.

By founding the RPA and diligently working for so long, Hopley has undoubtedly helped change English rugby for the better. However, the work is not done.

Hopley’s successor has a big task ahead of him.

“The rugby world has changed significantly in the last two to three years and it’s not just because of Covid. We’ve seen new private equity investments come in,” he said.

“The politics of rugby is extraordinary. We need to embed the voice of the players into the flow of the game. We’ve been doing this for a very long time, but we have a new Professional Game Agreement coming up in 2024. The players want to sign that.

“We’ve been through issues with 25 percent pay cuts and the salary cap reduction. In England we have up to 70 unsigned players this year.

“We help them all with either getting a job or transitioning into the real world. How do we ensure rugby can take care of itself? That’s the challenge.

“The physical and mental well-being of players when they leave the sport should be of paramount importance to the game. We need to make sure players can look back on their careers and not only be grateful for what they’ve achieved, but also feel cared for.

“Right now there’s kind of a cliff they just fall off.” 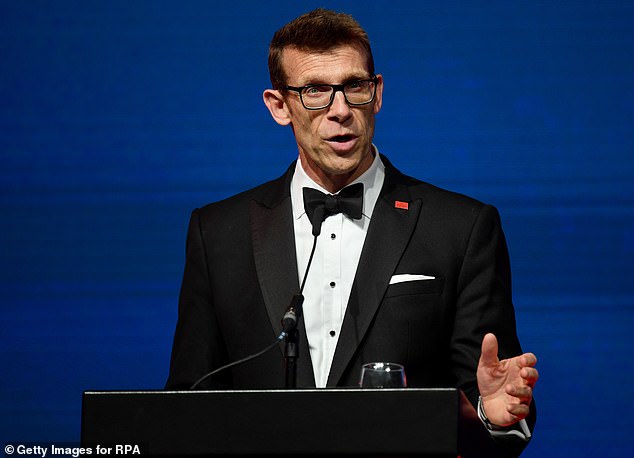 England’s world champion hooker Thompson, former Welsh flanker Alix Popham and others certainly fall into this category as they battle the early signs of dementia brought on by repeated blows to the head during play. This week, former Wales captain Ryan Jones revealed he too is suffering from serious brain injuries resulting from his career on the pitch.

“The situation with Steve, Alix and others on a human level is just awful,” Hopley said.

“I don’t think rugby has ever shied away from caring for players but we now have more than 100 former players involved in legal battles against the sport. That’s obviously huge for rugby.

“The tragedy of this situation must be a catalyst for us to move forward.

“We need to make sure we are doing everything we can to improve player welfare, such as introducing instrumented mouthguards.

“Sport invests. There are many positive actions. We’ve always wanted to make England the best environment in the world for a rugby player.

“Things like the salary cap cuts and player pay cuts mean that’s probably not the case. But that is the undisputed ambition and we want to keep moving forward. Before Covid we were in a great space and the salaries were very strong. But being a professional athlete isn’t just about how much you pay.

“It’s also about the environment you work in and helping with the transition out of the game. “We’ve made great strides there, but there’s a fragility to the sport that’s really worrying. 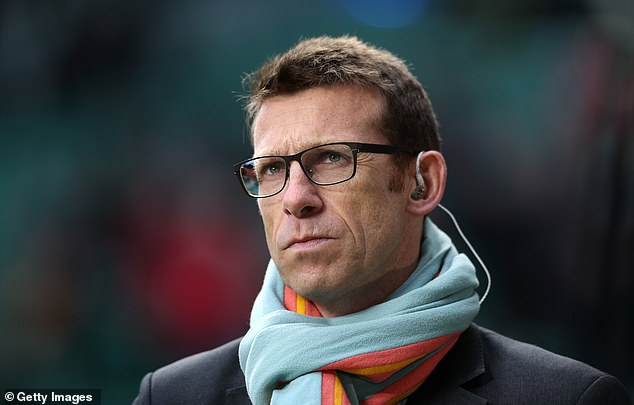 “Two or three clubs are staring into a financial black hole. We brought private equity to rugby, but it’s about sustainability. We want the sport not only to be financially stable, but to grow.

“We want players to be able to maximize their earnings as they only have a short rugby career, but since I started the RPA it has always been about sustainability.

“We saw that in the late 1990s. West Hartlepool, London Scottish, Hartlepool, Coventry – all these great clubs have been struggling financially.

“I still think rugby is only scratching the surface of what it can achieve and maybe things need to be changed in the way it is. The opportunity is here.

“The future is incredibly bright, but we must first overcome the existing economic challenges.”

Hopley will not be part of rugby’s future, at least not right away. He plans to take some time off the game, although he still feels he has a lot to offer.

But there is no doubt that he has done more than his fair share to advance the sport over the last 20 years. Rugby owes him a great debt of gratitude for that.