‘That’s Nobes to you’: Emotional Jy Simpkin pays tribute to the axed North Melbourne boss after the rock-bottom AFL side FINALLY ended their horrific losing streak

The low point AFL The side ended their 14-game losing streak in dramatic fashion on Saturday night, beating Richmond by four points in a rousing response to Noble’s ax earlier in the week. 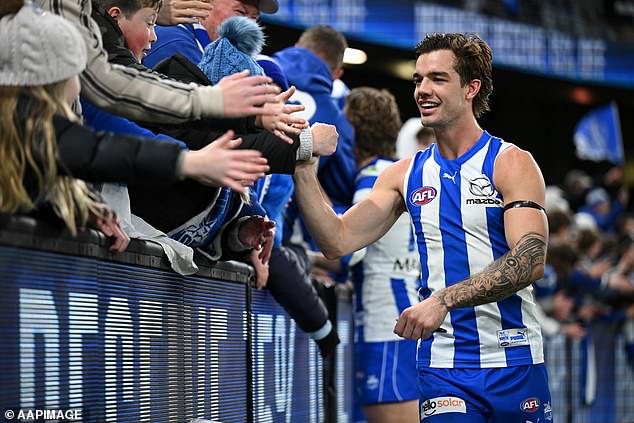 “It’s an incredible feeling,” Simpkin told Fox Footy after the game. “We’ve had so much going on this week – not only that, but the last few years, it’s been so tough – but I’m just so proud of the boys.

“I’m so happy I could cry now. We owe it to Nobes.

“He’s been there the last few years, he’s worked his ass off to make this group better and get us on the road.

“This is for you, Nobes. You deserve it, mate.” 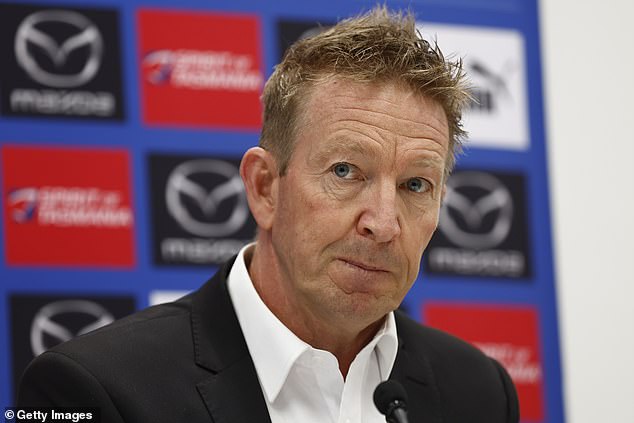 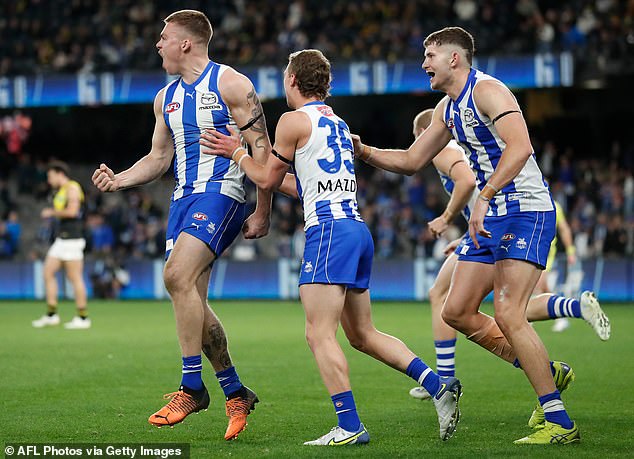 “Our general intention in the first half was poor and our pressure rating of 1.6 was abysmal,” said three-time Premiership coach Hardwick.

“Our system itself held up…we just didn’t execute it.

“We get paid to score goals, we didn’t and that’s the reality.”