Woman, 27, arrested on suspicion of murder after man, 34, was found stabbed to death in south-west London – police say the two knew each other

A 27-year-old woman has been arrested on suspicion of murder after a man was stabbed to death in the South West London.

The victim, who is believed to be 34 years old, was found injured in Lower Richmond Road, Mortlake, just before 10pm on Monday (July 18).

He was treated at the scene and taken to the hospital but sadly died about half an hour later. Officials are currently working to notify his next of kin.

metropolitan police say that the suspect and the victim knew each other. The suspect was arrested near the crime scene.

Police were called to the crime scene on Lower Richmond Road just before 10pm on Monday (July 18). 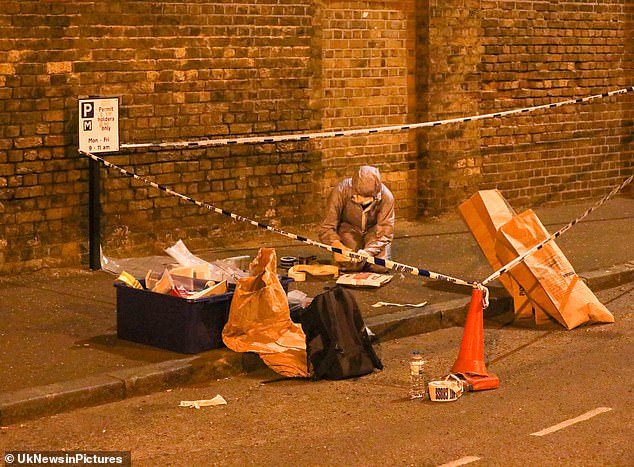 The victim was treated at the scene and taken to a nearby hospital, where he later died

Superintendent Roger Arditti of the South West Command Unit, which covers Richmond, said: “I understand that local residents will be shocked to hear about this incident, but I want to reassure them that a team of specially trained and experienced detectives are already in place working to establish the full circumstances.

“While an arrest has been made and detectives are already speaking with witnesses, anyone who was in the area at the time of the murder and saw anything that they think may assist the investigation please get in touch .

“You will also see local officials in and around the area; They are there to help and any residents who have concerns should reach out and speak to them.’

Anyone with information should call police on 101 or tweet @MetCC and reference CAD8000/18Jul.

To pass information anonymously, they should contact Crimestoppers on 0800 555111 or online.