Woke Whitehall flushes £200,000 of your cash down co-ed toilets for staff

Through Harriet Line Chief Correspondent for The Daily Mail

Woke up Whitehall’s departments were accused last night of wasting taxpayers’ money by spending more than £200,000 on gender-neutral toilets.

Female officers have felt “intimidated” by the lack of single-sex toilets after 266 co-ed facilities were installed over the past four years to be more welcoming transgender Persons.

The government last night said it was an “important principle that spaces reserved for women and girls be retained”. But ministries have been accused of wasting public money on “unnecessary renovations”.

Figures show the Department for Works and Pensions has spent at least £110,000 to install 22 gender-neutral toilets since 2018. 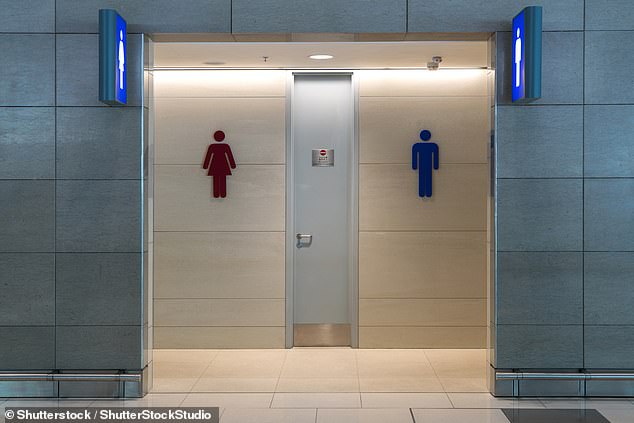 And freedom of information requests compiled by the Taxpayers’ Alliance for the Daily Mail revealed the Department of Defense had received a complaint about its toilets.

One worker said the department’s move to gender-neutral toilets had been a “disaster” and that there was now a “unisex” toilet used only by men instead of a “clean, safe facility for women”.

“Most of my colleagues are closing now [further] all-female facilities on different floors and many feel intimidated walking into the gender-neutral facility, which is now not gender-neutral but an all-male facility,” the complaint reads.

They asked that the toilets be returned to women-only use. It was found last year that women who worked in the Home Office went to other departments to go to the toilet because so many were mixed-gender. The actual cost of installing the gender-neutral facilities is likely much higher, as departments have not provided a cost breakdown for 120 of the 266 toilets installed.

John O’Connell, CEO of the TaxPayers’ Alliance, said: “Taxpayers are fed up with officials investing in unnecessary renovations.

“Gender-neutral toilets go against the clear Government requirement that ‘gender-specific toilets must be properly provided’.” Former Tory Secretary Sir John Hayes told the Daily Mail: “The idea that we have to spend money on toilet adaptations while the Government has a major financial crisis just goes to show what a crazy world some people in Whitehall live in. ‘

Earlier this month, Kemi Badenoch, then Minister for Equality, announced a plan to ensure all new public buildings should have separate bathrooms for men and women. Now a Tory lead candidate, she revealed last week how she was forced to fight officials to push through the ban on gender-neutral toilets.

A government spokesman said last night: “We recognize that it is an important principle that spaces for women and girls are preserved in line with the Equality Act. We review all internal policies regularly.’