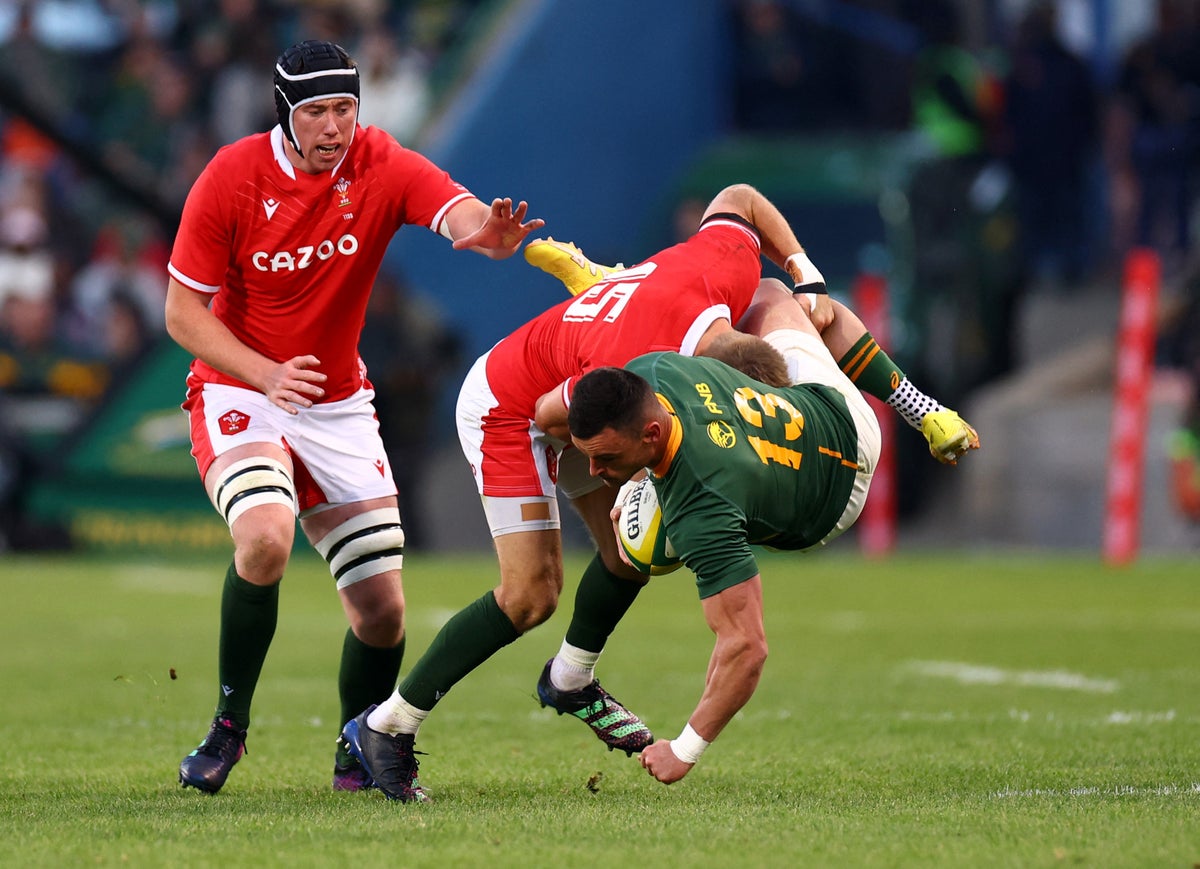 Wales and South Africa go head-to-head in Cape Town to decide their summer series after a thrilling first two games, both on point and each ending in victory.

After a dismal Six Nations tournament that saw Italy end up wrong in their first win in the competition in seven years, expectations were low for Wales as they faced the world champions, but Wayne Pivacs men came agonizingly close to snagging glory in the series opening game before finally their first ever win over the Springboks on South African soil a week ago.

The fact that just one of the last 11 meetings between the sides has been decided by a double-digit win suggests another thriller is on deck at the DHL Stadium, while Boks coach Jacques Nienaber resorts to a starting XV that much more similar to that is side of the serial opener than the second test lineup.

Regardless of the result in Cape Town, the tour will be viewed as an unqualified success from a Welsh perspective Dan Biggar | led them brilliantly despite missing a number of key players through injury. If he can lead them to a truly remarkable streak, his legacy will be further secured.

Here’s everything you need to know before the third and final test:

When does South Africa play Wales?

South Africa vs Wales takes place on Saturday 16th July 2022. The game will be played at DHL Stadium in Cape Town, South Africa. Kick-off is at 4:05pm BST.

The match is on Sky Sports Action, with coverage starting at 3:30am BST.

As well as South Africa against Wales this summer, Sky Sports will have Ireland’s five-match tour of New Zealand, England in Australia and Scotland’s three-Test tour of Argentina.

If you’re not a Sky customer, you can get one NOWTV Day Pass here watch without subscription, from £11.99. Choose between daily or monthly membership

Wayne Pivac has made just one change to his starting XV for the crucial third Test, with winger Josh Adams – who scored the crucial late try last Saturday – coming in for the injured Alex Cuthbert, in a reversal of the only change ahead of the second Test. Fly-half Dan Biggar and propsman Dillon Lewis have both overcome their fitness concerns at the start, while George North plays off-centre and will make his 105th appearance to become Wales’s all-season defender.

South Africa have made ten personnel changes as their third Test starting XV is much more similar to the first Test side than the line-up that started in game two a week ago. Eben Etzebeth retains his place and becomes a Test centurion, but the back three and midfield are the same as the first Test, while the second Test’s half-backs Handre Pollard and Jaden Hendrikse retain their places.

Siya Kolisi is back captain of the team and is joined in the back row by Pieter-Steph du Toit and Jasper Wiese. while loosehead Trevor Nyakane is the only member of the tight five not to start the series opener.