A Virgin flight attendant who was accused of falling asleep on the job and taking snacks back from a flight before being fired has regained her job.

DeVania Blackburn took the airline to the Fair Work Commission, claiming she was wrongfully fired when she was fired as head of cabin crew on July 21, 2021.

Ms Blackburn, who had worked for the airline for 14 years, was accused of violating multiple codes of conduct between January and March 2021. 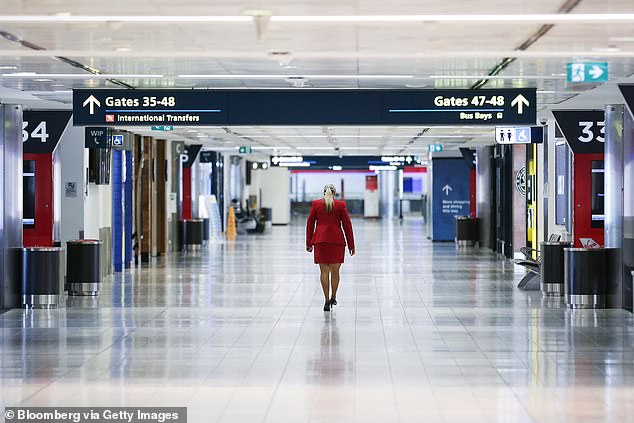 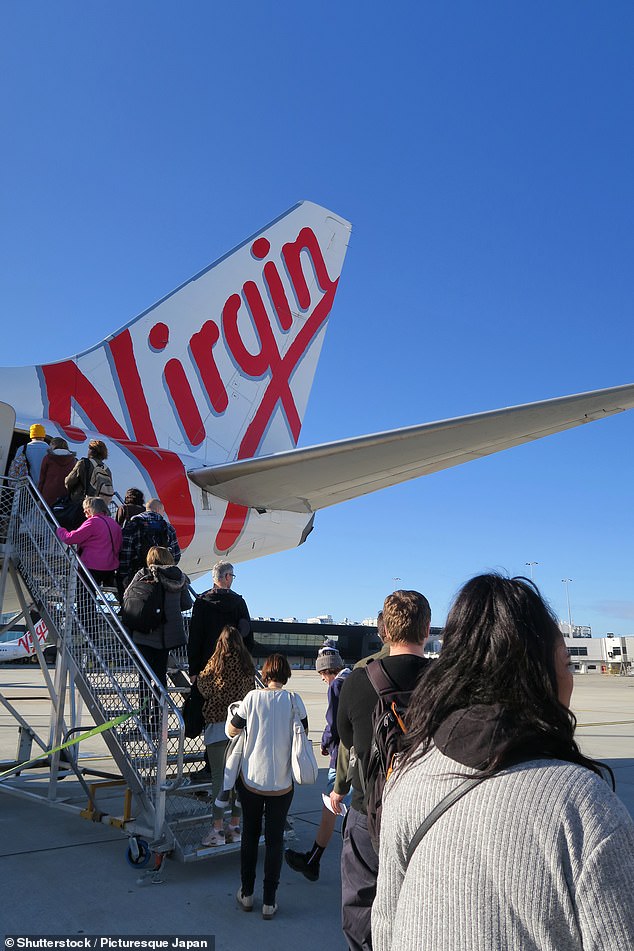 DeVania Blackburn took the airline to the Fair Work Commission, claiming she was wrongfully fired when she was fired as head of cabin crew on July 21, 2021

She was accused of taking an “armful” of snacks off the plane, packing them in her crew esky and leaving with them after a flight.

The airline accused Ms Blackburn of not adhering to the dress code, claiming she showed up to a shift with no makeup, messy hair and chipped nail polish.

On another occasion, the airline claimed it was not wearing stockings.

In the FWC documents, a witness said they saw Ms Blackburn sound asleep in an airplane seat after first seeing her watching her iPad on January 31, 2021.

The witness, a Virgin colleague, also accused Ms Blackburn of refusing to return to her seat assigned to the cabin crew as the plane prepared to land.

Ms Blackburn was also accused by Virgin of being late for work three times, with parking records showing she was nearly an hour and a half late for work on 9 March 2021.

Ms Blackburn was suspended on March 9, 2021 before being fired months later.

She then lodged a wrongful dismissal complaint with the Fair Work Commission, claiming that she had not received procedural justice.

Ms Blackburn argued against Virgin’s allegations, claiming it was common practice for staff to take snacks off planes.

“After flight duty, I was not once asked if I had any belongings from the flight, nor was I asked what was in my crew bag,” Ms Blackburn wrote.

She also said she had to lie across a row of passengers because she was too uncomfortable to sit in a jump seat, a rigid chair designed for takeoff and landing, and suffered from “dizziness and lightheadedness” and did not wanted to block an exit if she passed out.

She also dismissed Virgin’s claims that she had not followed the airline’s strict grooming procedures.

“I know I exceeded my grooming standards with my nails just professionally done, my makeup included nudes and my staples were bronzer, mascara and lip gloss,” Ms. Blackburn wrote in her submission.

“My hair was straight straightened and pinned up to LookBook standards.

“I feel these allegations are made out of defiance and without substance as no one has mentioned any advice or an issue with my care.

“As a team, we need to look out for each other or correct observed mistakes to ensure policies and procedures are being followed.” 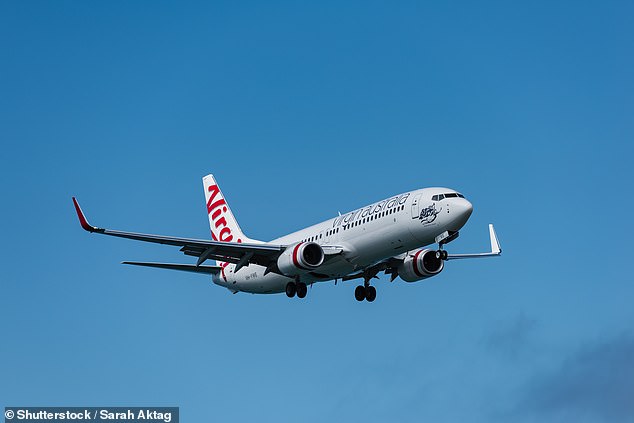 A flight attendant also claimed she found Ms Blackburn sitting in the passenger compartment watching a film on her iPad while she worked (stock image).

Ms Blackburn was long unemployed and the issues that led to her termination arose on her first return to service and all “occurred in close proximity and were dealt with on an aggregate basis”.

“Taking all of these circumstances into account, alternative performance management to address the behavior prior to the escalation of the disciplinary process to discharge was warranted,” Commissioner Spencer said.

‘(Ms. Blackburn) is a long-standing, experienced employee who has risen to senior level. Taking all these factors into account, the termination of employment, although based on a valid cause, was unfair.’

Commissioner Spencer ordered Virgin to give Ms Blackburn her job back.

Ms Blackburn also asked the FWC to make Virgin pay her wages for the entire period of her absence, but the Commission did not give her that order.

“However, wages paid in lieu of termination are not recoverable from Virgin,” the commission said.

Daily Mail Australia has reached out to Virgin Australia for comment.