Through Chris Jewers for Mailonline

Travelers chanted “We will not be moved” last night after storming a former fire station in Hull and putting a “lock and chain on the gate” to prevent anyone else from entering.

Around 70 travelers arrived around 9pm on Thursday and set up camp in a closed compound of the former East Hull Fire Station on Southcoates Lane.

Images from the scene showed a black metal gate locked with the chain. Inside the gate, caravans and cars could be seen in the parking lot next to and behind the train station, which is surrounded by metal fences. 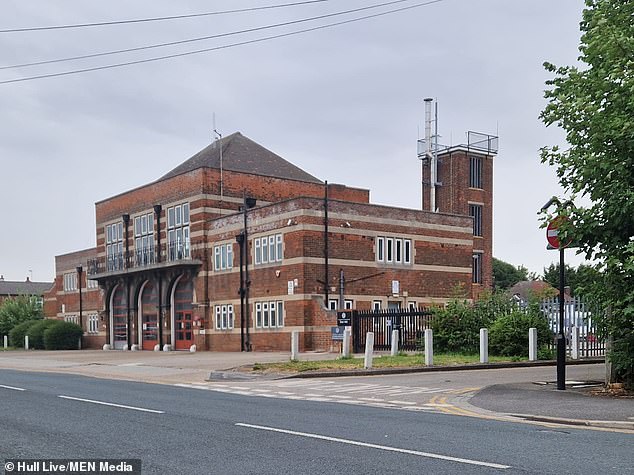 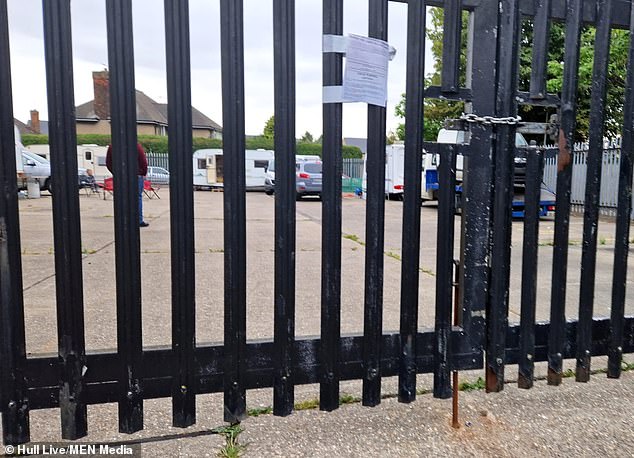 Pictured: Caravans and vehicles are shown behind a gate which was locked with a chain that residents said was placed there by travelers who stormed the site

Humberside Fire and Rescue have confirmed they are aware of the “unauthorized stock” and are working with partner agencies to take appropriate action.

A local resident said: “Police arrived at the scene immediately but were unable to stop the takeover of the fire station, which is still used by firefighters for training and storage.

“Local residents took to the streets last night, amazed at the ease with which travelers were able to gain access to the facility, with travelers heard chanting ‘We will not be moved’.

The police stayed at the scene for an hour before resuming their duty.

“I am not aware of any travelers having previously used this website or even attempted to use this website as it has always been used by either the fire station and then the Covid testing centre.

Above all, the garage on the site is still used daily by the fire brigade.

“Currently they are using the car park behind the fire station which is a gated compound but an alarm went off in the building this morning. 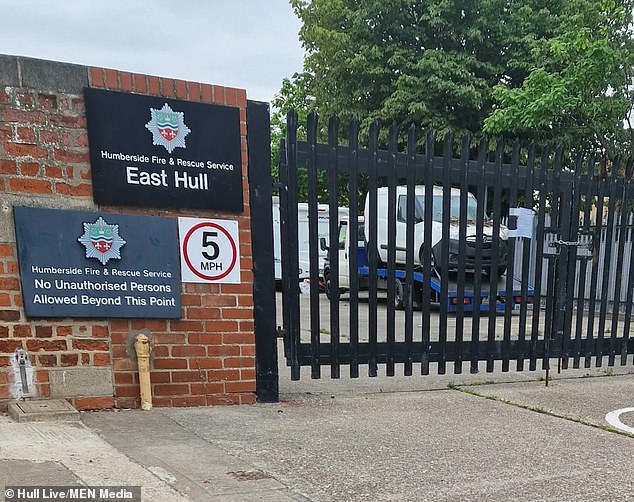 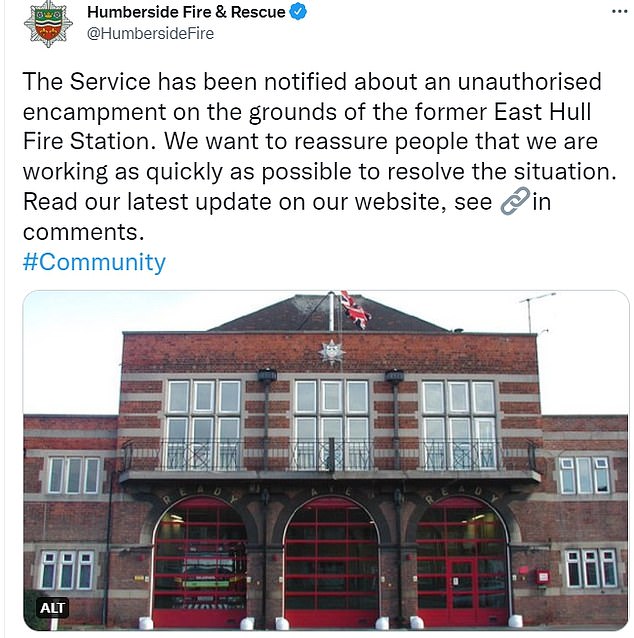 The travelers have locked the gates to the site and put a chain and padlock on the gates to prevent anyone from entering or leaving the site.’

A spokeswoman for the Humberside Fire and Rescue Service (HFRS) confirmed that the fire service had been informed of an unauthorized camp on the station’s premises.

Deputy Fire Chief Niall McKiniry said: “I can confirm that we are working closely with partner agencies to ensure the appropriate and necessary action is taken. 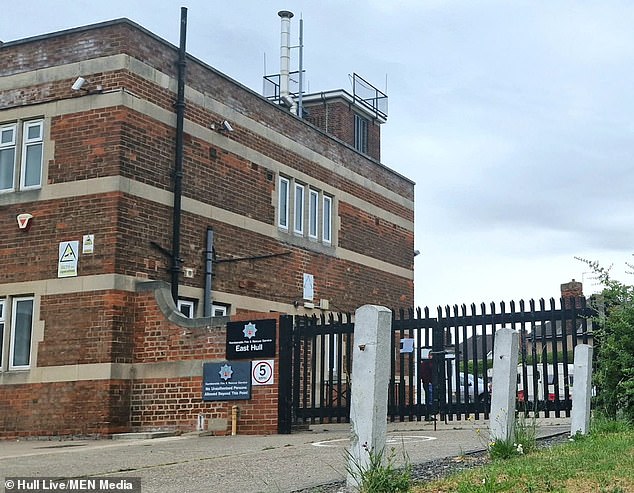 Pictured: The entrance to the parking lot on the side and rear of the former fire station can be seen in this crime scene photo. Caravans can be seen through the gate

We are monitoring the area closely and would encourage any local residents with concerns to contact the appropriate authority.’

As the land is owned by the Fire Services, a spokeswoman for Hull City Council indicated that this is the responsibility of the Ambulance Service rather than the Council.

Police confirmed they had arrived at the scene Thursday night following reports of criminal damage.

A spokeswoman for Humberside Police said: “Officers were present at a building on Southcoates Lane at 9.10pm yesterday Thursday 14 July following reports of criminal damage.”