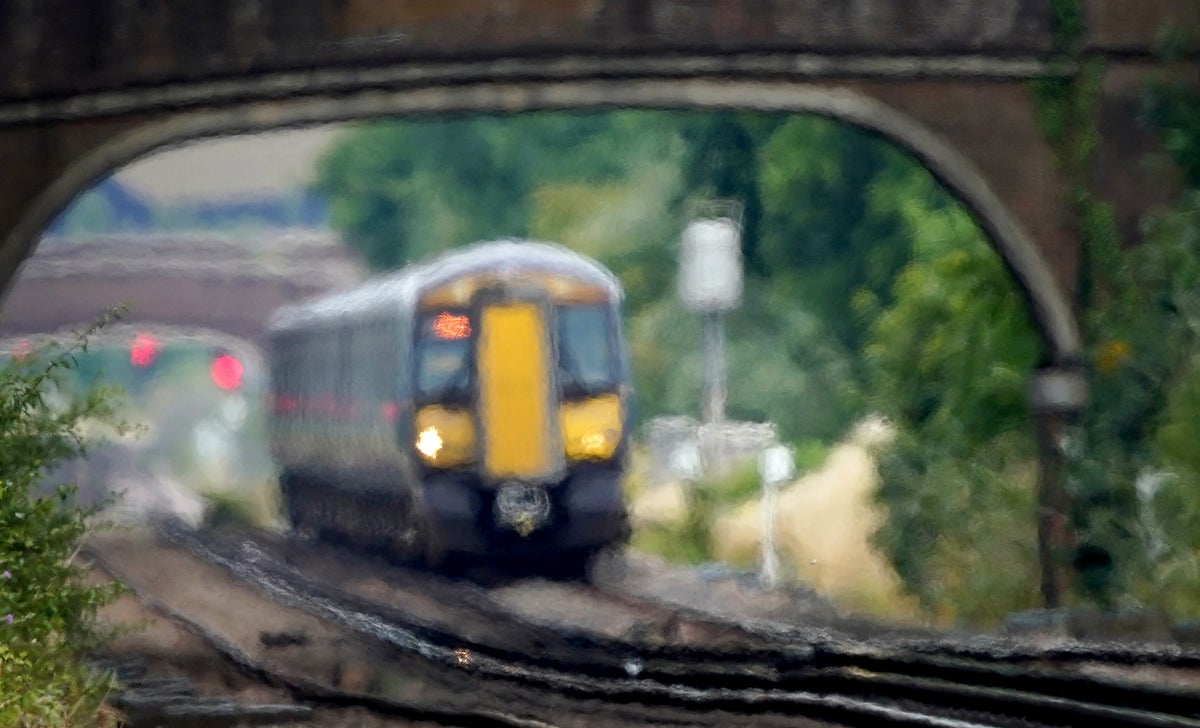 As Britain braces for record-breaking temperatures over the next two days, rail transport across the country are being reduced.

Passengers in England and Wales are being warned not to travel unless absolutely necessary during the heatwave Trains those that are still running are likely to be overcrowded and subject to delays.

LNER canceled trains throughout the afternoon and early evening on Tuesday, while East Midlands Railway has suspended at least half of its intercity services from Sheffield, Derby, Nottingham and Leicester to London St Pancras.

Steel rails are prone to buckling in extreme temperatures, which means some trains also have to run at slower than normal speeds, typically dropping from 125km/h to 90km/h or 60km/h, with some sections – typically on sheltered ones , south-facing, “suntrap” locations – as slow as 20mph.

In the capital, Transport for London is also canceling some trains over the next two days. London Overground will operate a reduced service of just two trains per hour between Richmond and Stratford and Watford Junction and Euston, with no services between Romford and Upminster.

Transport for London is operating a reduced service due to record hot temperatures forecast for this week.

A banner on the TfL website this morning warns that “reduced service is expected on all lines” and links to a page detailing hot weather contingency plans on the network, which include the introduction of temporary speed reductions.

For this reason, Tfl advises against all but essential travel. Those who have to travel today and tomorrow should always have water with them.

Signs were spotted last Friday advising customers at Acton Central Station that there will only be two London Overground trains per hour between Richmond and Stratford and Watford Junction and Euston on Monday and Tuesday this week. There are no trains between Romford and Upminster.

Transport for London with reduced service due to heatwave

Lumo, which operates low-cost trains between London and Edinburgh, operates some services only between Newcastle and the Scottish capital. Grand Central, which connects Wearside and West Yorkshire to King’s Cross, says: “Only a few of our services operate in each direction.”

Passengers with tickets for travel on Monday or Tuesday can use their tickets later in the week or request a full refund.

Dozens of early long-distance trains were canceled on Monday morning – with the unprecedented closure of a key intercity line for Tuesday.

At neighboring King’s Cross and St Pancras International stations in central London, some departures on the East Coast main line to Leeds and York have been canceled as LNER – the main train operator to Yorkshire, Tyneside and Scotland – thinned out its services.

There are no trains at all on Tuesday afternoons and early evenings.

LNER Chief Executive David Horne tweeted: “Our trains will be running between York and London this afternoon at a reduced speed of 60mph. Please travel only if necessary and thank you for your patience if your journey is taking longer than usual.

“The rail industry has taken the very difficult decision to close the main East Coast line between York/Leeds and London on Tuesday 19th July when the maximum temperatures are 39C.

“I’m sorry if this will disrupt your travel plans, but everyone’s safety must come first.”

The main route on the east coast will be completely closed on Tuesday from 12 p.m. to 8 p.m

Good morning and welcome The IndependentTravel Liveblog by . We will post the latest updates throughout the day