Traffickers are setting up fake families to “better their case” and deceive British border staff, the report warns

Through David Barrett for the Daily Mail

A major report on the Canal Crisis and the asylum system found that organized gangs advised adults to “better their case” by claiming they were related to a child.

MPs revealed how migrants making the crossing are given “thin, faulty” life jackets by gangs who are “actively dangerous”.

The Commons Home Affairs Committee issued a series of recommendations to improve the £1.5bn asylum system, which received more than 48,500 applications last year – the highest level in almost 20 years.

In a key proposal, MEPs said migrants traveling to the UK should be able to make their claim while still in France. 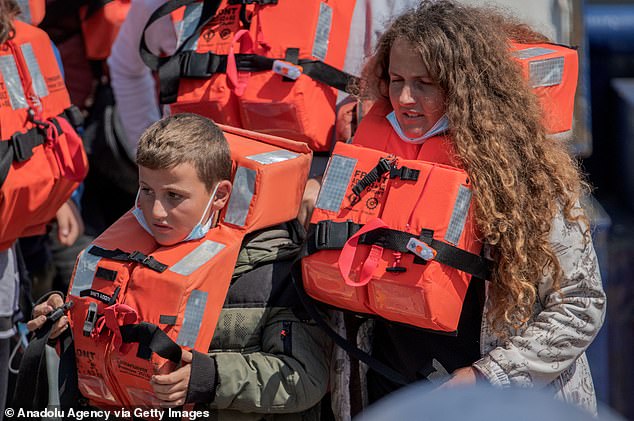 Crossing: Young migrants arrived at the Port of Dover yesterday after being picked up by Border Force in the English Channel

Home Secretary Priti Patel has insisted such a move would simply attract more. The report also asked the Home Office to provide “detailed costs” of the Rwanda deal, under which “irregular” migrants, including those arriving by small boats, will be flown to the east African country to seek asylum.

Committee members who visited Dover last month, where migrants disembark, said they were concerned about “several failures” in the Home Office’s monitoring of small boat arrivals.

“We … heard from Border Force officers during our visit to Dover about a case of adult migrants claiming that children they were accompanying were related when it turned out they didn’t even speak the same language and clearly from the people Traffickers were “brought together to improve their case,” the report said.

“The government should work with French authorities to consider the feasibility of a program to invest in trained child protection workers to work with vulnerable child migrants along the French coast.”

It added: “We are particularly concerned by evidence of multiple failures in the Home Office’s screening of small boat arrivals for vulnerability and in the transmission of information about identified needs between different entities.

“The Government must ensure that there is sufficient physical and human capacity to consistently carry out the necessary searches, fingerprinting, identity and initial vulnerability checks on all migrants arriving in Dover.”

The report continued: “We saw about a dozen flimsy inflatable boats constructed of inflated rubber tubes and planks.

“We also looked at the so-called life jackets that were given to those who filled the boats. It was evident from their flimsy, flawed construction that they would do nothing to keep people afloat or save lives if a boat went under, and in many cases would actively increase the danger. 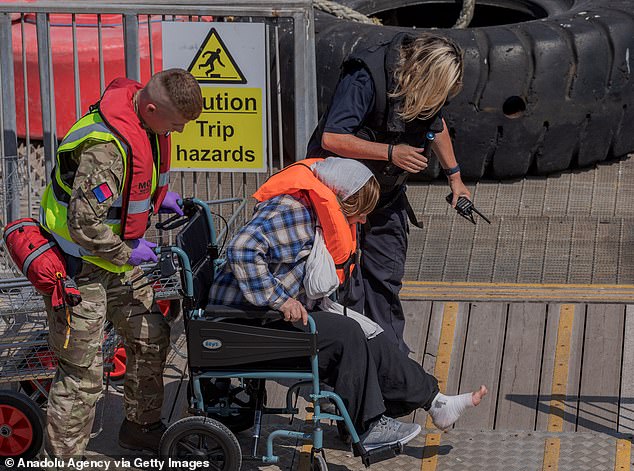 Calling on the government to prioritize cooperation with France, MEPs said: “The French authorities, with or without British support, could intercept the boats once they were in French territorial waters and bring them back to French land, from where they would.” started their voyage, as advised to us by international maritime lawyers were legally entitled to do so.” The report found that the French government “refuses to support such a policy” and why the UK should seek to set up an asylum assessment center in France set up.

“We recognize that this is a contentious issue between the British and French governments and we need firm assurances that all migrants whose applications have been rejected by the British authorities must be arrested and deported, so that they are not simply handed over to the French authorities coast, but this could be carried out as a pilot at first,” it added.

However, the committee recognized that there is “no one-size-fits-all magic solution for dealing with irregular migration”.