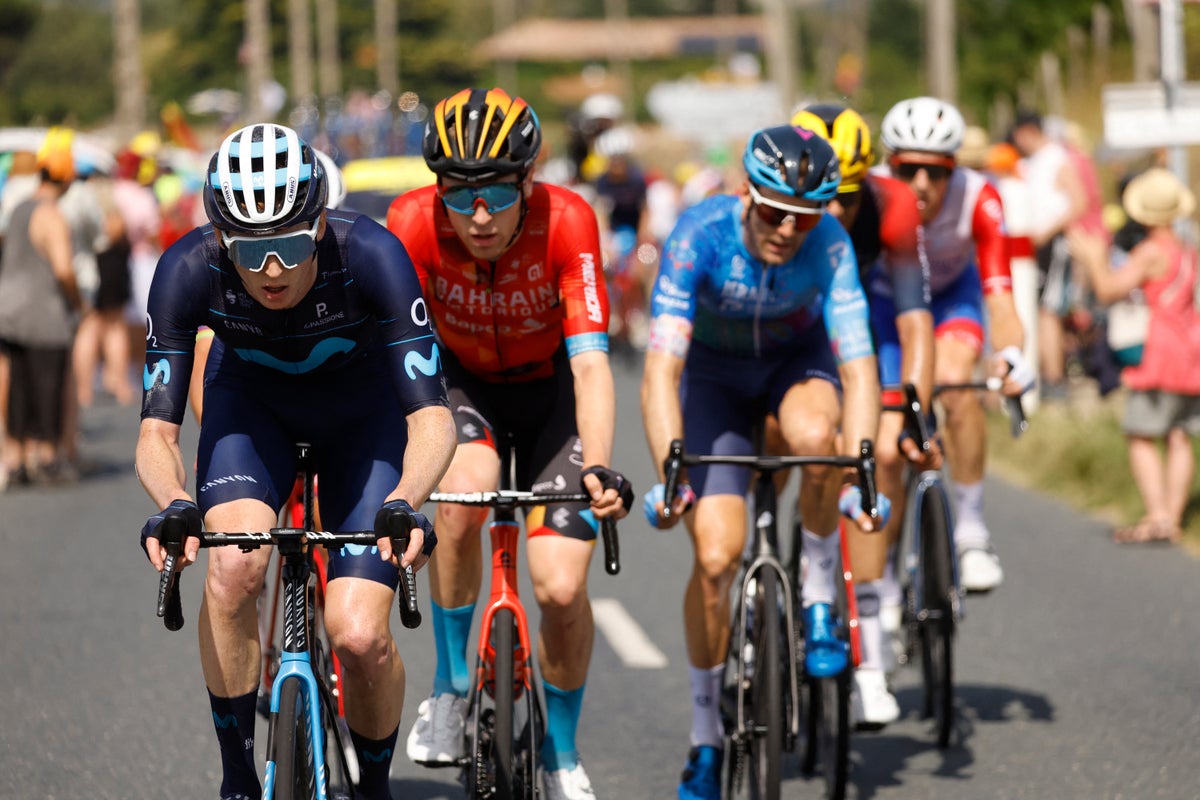 Stage 13 of the 2022 Tour de France saw the peloton move from the Alps to the Massif Hills the day after the British Tom Pidcock stormed to a stunning victory on Stage 12 at Alpe d’Huez.

The 22-year-old celebrated his first stage win on the Tour and became the youngest rider, and only the second Briton, to win the legendary climb in the history of the race. The mountain bike Olympic champion made the first attack on the famous Alpe, some 10km from the summit, gradually riding away to follow in the footsteps of Ineos Grenadiers teammate Geraint Thomas, who won that stage in 2018.

Elsewhere, Tadej Pogacar tried to attack Jonas Vinggaard as they followed the breakaway up the road but two failed attempts to get the Slovenian closer to the Dane in the GC standings and he has to reconsider his strategy at today’s 192.6km route.

Stage 13 gives riders some relief after three days of climbing in the Alps with a relatively flat descent from Le Bourg D’Oisans to Saint Etienne. It’s one of those stages that can be won by a sprinter, puncher, climber or breakaway, so expect a huge scramble at the start as riders jostle for the best position. A clash for the overall standings is unlikely, but with Pogacar chasing the yellow jersey he could mistake those rolling hills for him rather than his Danish rival and put that theory to the test.

4.5 km to go: 26 seconds are enough for this trio to maintain their lead. They swap places at the front lines with an unspoken agreement.

One of these riders will win Stage 13.

6 km to go: Mads Pedersen now has this leading group completely under control. The gap between them and the three pursuers is up to 25 seconds and Pedersen has the edge.

Wright and Houle must come up with a plan of action to piss off Pedersen if they want to win the stage.

7.5 km to go: Hugo Houle attacks up the climb trying to escape from Mads Pedersen but the Dane hangs on to him without too much trouble.

Houle looks around and sees Pedersen right on his bike before giving up the attack. Fred Wright is also keeping the pace.

9 km to go: Mads Pedersen takes the lead and the leading trio extend the lead over the pursuers. There is about another kilometer to climb before the rogue ridges scale the final climb.

There’s still a bit of intrigue in this race as Houle and Wright have to contend with Pedersen before the finish of the sprint.

10 km to go: Pedersen’s attack split the breakaway in two. Pedersen, Houle and Wright are in the first group, followed by Ganna, Jorgenson and Kung.

12 km to go: BikeExchange gave up. Jumbo-Visma and Ineos Grenadiers both pass these riders and set the pace at the head of the peloton.

Mads Pedersen takes a big swing and gets going! He knows the others in the breakaway will try to leave him behind, so he decides to attack himself.

He flies ahead, but there is an answer. Fred Wright and Hugo Houle catch up with him.

14 km to go: The six leaders have once again extended their lead. They won’t get caught and it will come down to one of Stefan Kung, Matteo Jorgenson, Filippo Ganna, Mads Pedersen, Hugo Houle and Fred Wright who will win this stage.

BikeExchange’s hunting efforts appear to be at an end.

19 km to go: BikeExchange start earning their rewards. They closed the gap by 10 seconds but they now have to work their way to the end and hope things go in their favor.

21 km to go: Despite BikeExchange’s best efforts at the front of the peloton, they couldn’t close the time gap with the breakaway. However, it’s your turn now for a penny and you have to see this chase through to the end.

Your hopes lie in how the breakaways handle the finish. Tactics and tricks could come into play, which could slow down the front six.

24 km to go: Mads Pedersen knows this runaway is considering leaving him behind. He’s stuck behind the wheel of Filippo Ganna and appears to be pulling away from the Ineos Grenadiers driver.