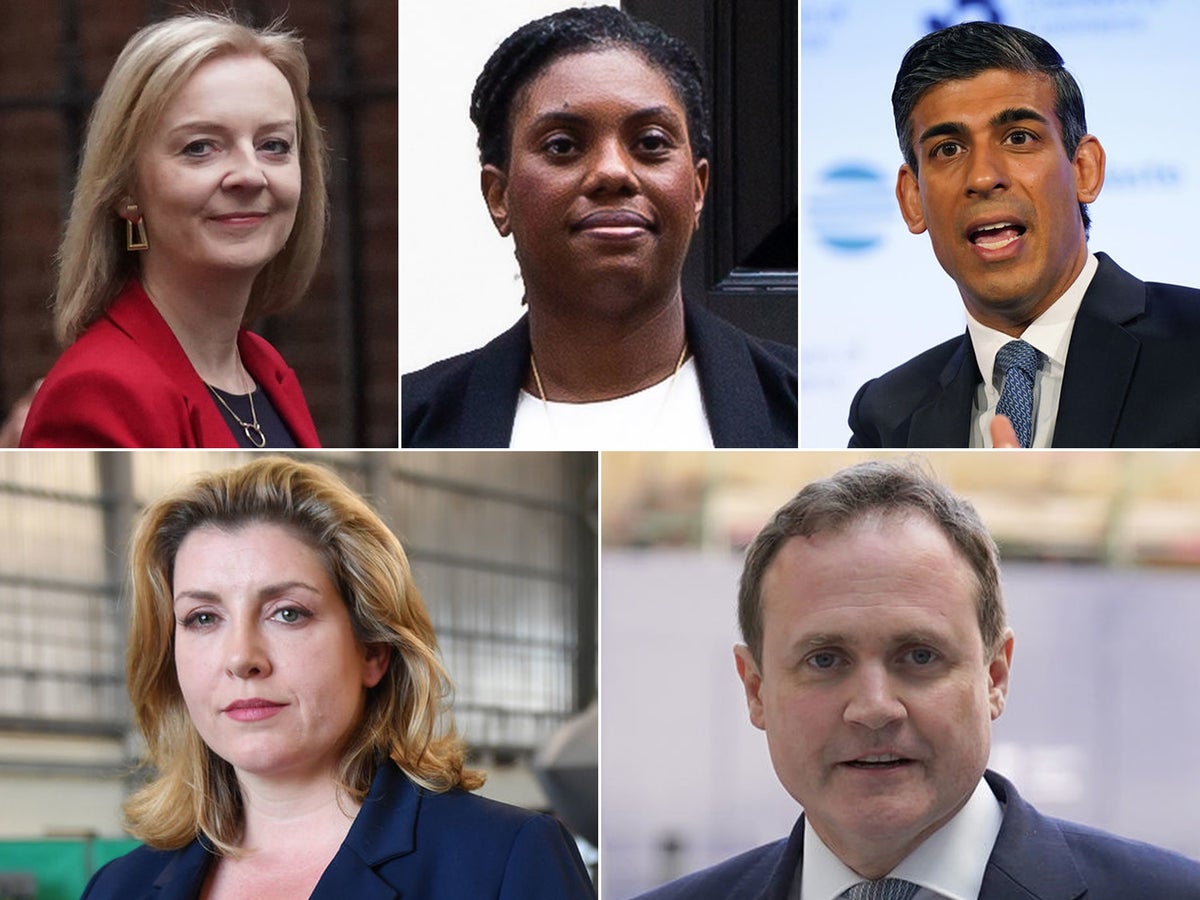 The five candidates for the Tory leadership have been battling for MPs’ votes as they set out different approaches to the cost of living crisis, the war in Ukraine, restoring confidence and housing.

Liz Truss pledged to scrap the proposed corporate tax hike from 19% to 25% next year in her pitch to the Tory leadership.

Earlier she said her rivals for the leadership were trying to prevent her from making it to the final round of the leadership competition because they feared her most in a head-to-head battle for the position of next prime minister.

She told Sky News she was “waging a positive campaign” and accused her rivals in leadership of running a “black ops” campaign that could harm the Tory party in the long term.

“People are obviously trying to prevent me from going to the finals because they don’t want to play me,” she said.

The candidates are calling for more defense spending

Referring to Ukraine, Ms Mordaunt warned of the need to warn people that the war would exacerbate their problems, citing her experience in defence.

Ms Badenoch said: “I understand more than anyone how important it is that we stand against Putin.” She has shown that she will not let the government be pushed around, she added.

Calling for more defense spending, former soldier Tugendhat said Britain must increase supplies and support to Ukraine, including helping Estonia, Latvia and Lithuania and restoring confidence in our allies.

Mr Sunak said as Chancellor he made an exception for the Defense Ministry during Covid to increase spending by the most since the end of the Cold War.

Citing the government’s background on measures against Russia, Ms Truss said she had made sure there was no compromise on Ukraine’s borders. But Britain should send more arms and impose more sanctions on President Putin. “I don’t think we’re spending enough on defense,” she said, calling for spending to increase to 3 percent of GDP.

Ways to cope with the cost of living crisis

Tax simplification wouldn’t cost the Treasury but would help remove a burden, Penny Mordaunt says when candidates were asked about the cost of living crisis.

Ms. Truss said she would reverse the Social Security increase earmarked for welfare and not increase the corporate income tax.

Blaming inflation, Mr Sunak said it was important to bring it down before tax cuts and to reward hard work by reducing income taxes.

The best way is to get people off welfare and into work, he said.

Apologize for Westminster mistakes that let you down – Badenoch

Asked how to restore trust in the party, Ms Badenoch said keeping promises is key.

Having multiple U-turns as a government is incredibly damaging, she said, and it’s time to stop calling yourself Leavers and Remainers.

It meant apologizing to the Tories “for all the things we did at Westminster that let so many of you down,” she added.

Ms Mordaunt said she wanted a positive competition without a mud fight.

Mr. Tugendhat talked about empowering people and giving them back control.

Ms. Truss said she will build a team that shows critical momentum.

Sunak: I’m in the best position to beat Starmer

Rishi Sunak says the hustings it took the party to win a historic fifth term and warns the SNP threat is real.

“I think I’m the best person to beat Keir Starmer,” he said.

But he also spoke of tax cuts once “we got our house in order” – but later he wanted Britain to be a world leader in technology and innovation, with better infrastructure, safer roads and more affordable housing.

“I want us all to feel like we’ve turned a corner,” he said – past Covid and inflation – towards hope.

Speaking of hope and retraining, he added he wants to draw on all wings of the party because the challenges are enormous.

Mordaunt: Focus on growth and leveling up

“We also need to focus on things that will help us level up,” she said, but that shouldn’t be limited by treasure troves.

Tax decisions are best made at a tax event this fall, she added.

“We need a return to conservative politics – to self-reliance, with empowered citizens.”

Badenoch: Unlike others, I can deliver

Kemi Badenoch told the Hustings that unlike others, “I don’t promise anything without being able to deliver”.

Outlining her experience, she said she only decided to compete in the race seven days ago, but she has one message that has caught on.

Tugendhat: We have to restore trust

Tom Tugendhat told the Hustings Britain needs a leader who will confront Labor and take on the SNP.

“We can only do it if we restore confidence in our government,” he said.

At the moment, foreign crises are coming with the cost of living crisis because trust is breaking.

Citing Margaret Thatcher and Winston Churchill, he said the Tories were ready to serve and he was ready to achieve electoral victories by rising, making change and restoring pride to the country.

She said she would set up investment zones across the country and let farmers produce food without regulation.

At a Hustings event for all five leaders, she said she opposed Vladimir Putin.

“I’m the Prime Minister … who can deliver on the ground from day one and make the difference,” she said. It’s not inevitable that Keir Starmer would win the next election, she added.

Downing Street did not deny that Boris Johnson was throwing a party for supporters at Checkers over the weekend.

Asked about the reports, a No 10 spokesman said: “As usual, all political events would be for my political colleagues, it would not be a question for me, but I have confirmed that the Prime Minister will be in Checkers at the weekend. ”

Most Ukrainian refugees in the UK say they don’t have enough money to feed themselves and their families for the next three months, a new poll shows.

Data from the Office for National Statistics (ONS) also shows that people who arrived in the UK after fleeing Putin’s invasion have had difficulty accessing healthcare.

The survey of 3,412 people on both the Ukraine Families program and the Homes for Ukraine program found that 37 percent said they have enough money to support themselves and their loved ones for the next three months – indicating that nearly two third do not do this.

ONS data suggests that the majority of Ukrainians are struggling financially, while most working-age refugees are currently working or are very likely or likely to be looking for work in the UK over the next month