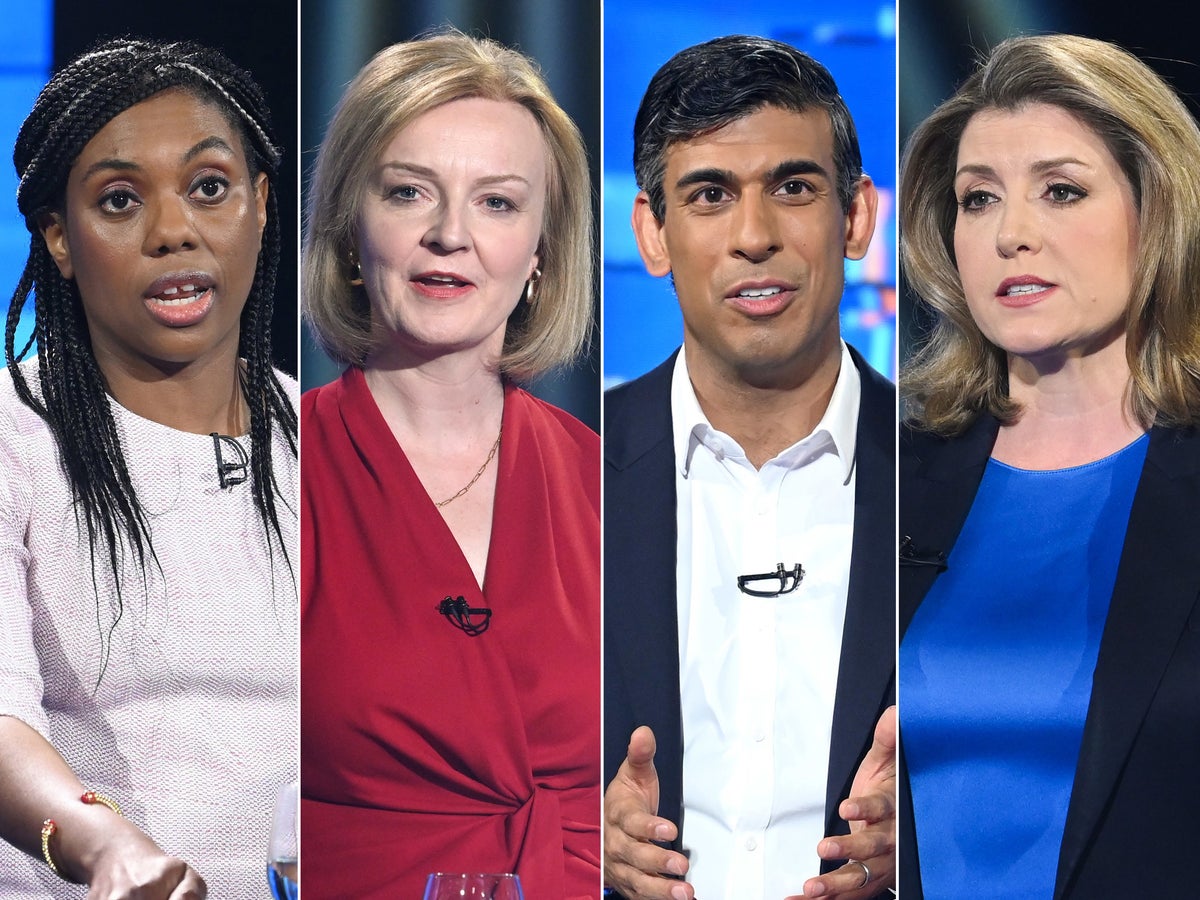 He was the leader whose mission was to get Brexit through at all costs – even if that meant giving up EU legal protections in a range of areas, including the environment.

For those working to improve the dangerous state of animal welfare and welfare, it came as a welcome surprise when Boris Johnson emerged as something of a reformer.

Who would have thought the self-proclaimed clown would be such an asset? Mr Johnson pledged in 2019 to use Brexit to campaign for animal welfare, and under his oversight the government banned the sale of ivory and sticky traps, increased prison sentences for cruelty from six months to five years and introduced punctual fines.

It was a startbut long-awaited legislation banning imports Fur, foie gras and hunting trophiesand the ban on advertising ghastly elephant torture theme parks was about to become law when it was derailed by right-wingers including Jacob Rees-Mogg and Mark Spencer.

Animal welfare and conservation experts are now pessimistic about the prospects for reform no matter who Mr Johnson replaces, as leadership hopefuls have all either attacked animal welfare or voted against environmental measures.

Now leaders have been warned of the importance of delivering on promises amid fears improvements will hit a brick wall without Mr Johnson in office. Environmental Conservatives and activists are urging the five remaining party leaders to pass draft legislation and deliver on the party’s grand pledges made in last year’s Conservative Manifesto and ambitious program Animal Welfare Action Plan.

This was announced by a source close to the government The Independent: “Boris was a fatally flawed prime minister, but under the influence of his father, his wife and Zac Goldsmiths [animal-welfare minister]he went further than any previous Tory leader when it came to addressing climate change, biodiversity protection and animal welfare.”

Around 27 organizations, including World Animal Protection, wrote to the candidates – Rishi Sunak, Penny Mordaunt, Liz Trussand Kemi Badenoch are the four that are left – and are asking if they will live up to the Action Plan’s pledges, which range from banning the export of live animals to protecting standards from cheap imports and phasing out cruel cages and sow pens.

So far there have been no replies. But a look at the approaches and track records of the candidates sheds some light.

Conservationists and animal rights activists fear a victory for Sunak in particular, as he has reportedly promised Mr Spencer, a farmer who sees new animal welfare measures as a low priority, the job of environment minister. Along with Jacob Rees-Mogg, Mr. Spencer blocked a bill would have banned the advertising of theme parks in Asia that use methods of torture on elephants. Both men later refused to participate in public debates about why they did so.

Ms Mordaunt and Ms Truss have both previously joined Mr Spencer in voting for badger culling to combat bovine tuberculosis.

Lord Goldsmith expressed his concerns about a Sunak government, tweeting: “Mark has been the number one blocker of conservation, biodiversity and animal welfare action. He will be our own little Bolsonaro. Bad news for nature. But good news for political opponents.”

On the other hand, Ms Mordaunt, who has four Burmese cats, has given mixed signals. In 2013, it was reported that she was demanding food labels to show the origin of the ingredient egg and a thorough investigation into the painful beak-clipping.

However, a government insider who has worked with her said her department wants “everything on the table” when it comes to trade negotiations, which is problematic for upholding UK animal welfare standards.

Former Environment Secretary Liz Truss has dismissed the idea of ​​a tax on meat, the food contributes the most to climate changeBranding research showing it would save lives as a “Claptrap”.

And in 2016, she caused an uproar when she tried to scrap statutory codes on animal welfare standards for farm animals and replace them with “industry-led” guidelines – effectively disparaging animal welfare oversight.

Truss promoted the UK pork market in an unusual way

In the end it didn’t come to that, but the proposal alarmed the RSPCA, Compassion in World Farming and the opposition parties.

In 2014, Ms Truss called for the foxhunting ban to be lifted, calling the hunting law a mistake, in line with Jeremy Hunt, who had promised to bring foxhunting back if elected. None of the other candidates have said they support the ban.

“I would not feel comfortable supporting anyone in favor of fox hunting,” said Sir Roger Gale, patron of the Conservative Animal Welfare Foundation The Independent.

“But there are forces in the candidacy who aren’t as sympathetic to animal welfare as I am, so realistically it doesn’t make sense to say I won’t support them if you don’t support these issues.

“If we only have two candidates left, the party and the country at the hustings could be in a position to ask probing questions, and animal welfare will come up.”

Lord Goldsmith said: “The candidates have a mixed record on animal welfare. Some have no real record at all, so it’s unlikely we’ll see an animal welfare champion at number 10.

“But what colleagues and I very much hope is that the candidates will at least signal their support for us to follow through on the commitments we made in the Animal Welfare Action Plan.

“Expectations have been raised, and in politics, as everywhere, it is important that promises are kept.”

But other clues to the incoming prime ministers’ attitude towards nature can be gleaned from their voting records on measures to prevent climate change.

According to Theyworkforyou.com, Mr Sunak has voted against it 12 times, including a proposal to reduce allowable carbon emissions from new homes and plans to eliminate most transport emissions by 2030.

Ms Mordaunt has voted 15 times against climate action, including urging ministers to “take due account of the goal of net-zero greenhouse gas emissions by 2050 when taking action, including setting up farm subsidy programmes”. But she has backed climate proposals four times, including in 2012 when she backed a new green investment bank that was launched that year.

Ms Truss has voted against climate change 16 times – including in the same way as Ms Mordaunt for net-zero targets for farm subsidies and for not requiring a “climate and natural emergency declaration” in proposals for financial support under a UK Single Market Bill. She also voted against calls to “rebuild the economy to work in the interests of many, not just dole out rewards to the top.” But she voted three times for climate action, including reforming the energy market to reduce carbon emissions.

Ms Badenoch voted against five times, including on transport emissions, net zero and a climate and natural emergency declaration. Mr. Tugendhat voted 13 times against similar climate proposals to the others, he also voted against calling for a carbon capture and storage strategy for the energy industry.

To the delight of conservationists, an import ban on fins clipped from live sharks – another promise of the action plan that was shattered by government infighting – was salvaged from the rubble this week by a private Labor member’s bill that the government says is breaking she will support him, which means it will probably pass.

Like the elephant protections, this ban, which aimed to save shark populations from extinction, had been vetoed by right-wing cabinet members, ironically on the grounds that it was “unconservative”.

But hopes of saving other changes laid out in the Action Plan and Manifesto are fading. The Animal Welfare (Kept Animals) Act, which ends live exports and primates and fights puppy smuggling, has been on hold since its second reading.

The Animals Abroad Bill, which banned the importation of fur, Foie gras and hunting trophies and advertisements for elephant cruelty were scrapped, much to the dismay of those trying to ease the mass suffering abroad.

The chances of the bill being revived are believed to be slim, with expectations of a single-minded focus on business, defense and the NHS, whoever the next Prime Minister is.

Like a shark fin ban, hopes for measures to import hunting trophies now rest on a private member’s bill.

The government will also face pressure to sever trade ties with the Faroe Islands over their mass slaughter of dolphins.

Dominic Dyer, a leading animal rights activist, said: “Neither candidate has a strong record in this area and there is a desire to move away from the Carrie and Boris years when people like me had access to power to influence this agenda.

“I expect they will try not to fall into a trap when it comes to fox hunting, but I don’t see a will to comply with broader obligations under the Animals Abroad Bill, for example.

“The priority will be the economy and moving away from climate and biodiversity commitments that could slow growth and push inflation further.”

Claire Bass, Chief Executive of Humane Society International UK, said: “We have not heard from any of the candidates that gives us cause for hope in relation to their ambitions for better animal welfare.

“But candidates should keep in mind that 72 percent of Conservative voters want the government to pass more legislation to protect animals from animal cruelty, so animal commitments and ambitions are likely to prove popular when it comes to voting for members.

“The candidates’ attitudes toward animals as vulnerable members of our society could help them appeal to those seeking compassion and humanity in our next prime minister.”