Peddlers for the American Dream: Three Cuban migrants have been intercepted in Florida waters aboard a raft made up of a toy car laden with peddlers

Smuggling networks have long been known for building strange-looking makeshift ships to ferry migrants out of Cuba to Florida.

They certainly didn’t disappoint, albeit an unsuccessful attempt to bring three Cuban men to the United States.

The men’s American dreams were shattered when a U.S. airborne Customs and Border Protection unit patrolling the waters between Florida and the Caribbean communist island spotted them aboard a yellow children’s convertible 69 miles south of Key West last Saturday.

CBP immediately contacted the US Coast Guard’s Key West Sector at around 2:30 p.m. to warn them of the rustic vessel.

The three people were removed and taken to a Coast Guard vessel. 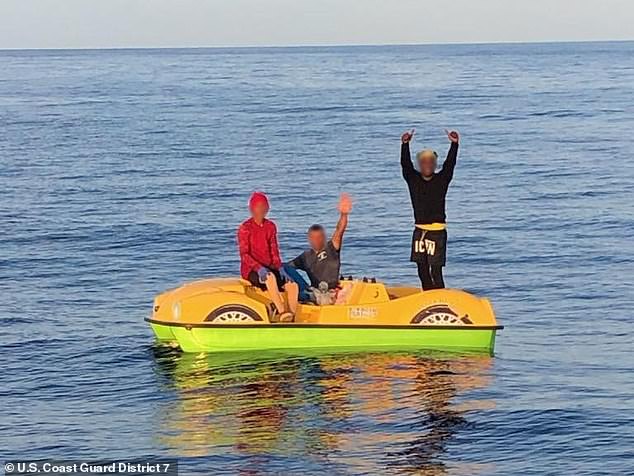 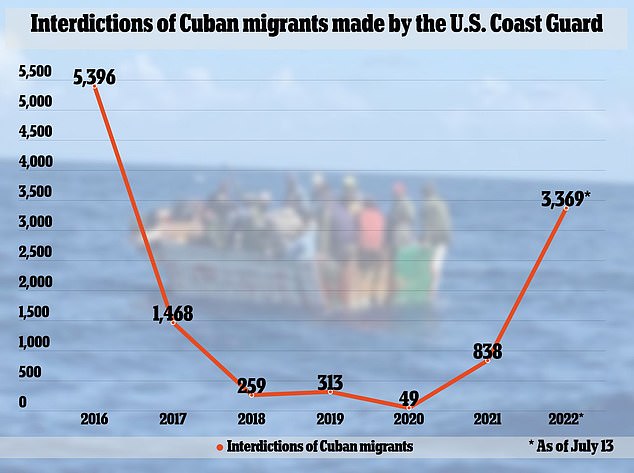 Her ban was among eight that were pronounced between Saturday and Monday evening.

The men were eventually returned to Cuba along with 74 other migrants on Wednesday, according to the US Coast Guard.

“Coast Guard crews maintain an active presence with air and sea resources through the Florida Straits every day to save lives by removing people from unsafe environments,” said Lt. Travis Poulos of the Coast Guard District 7 in a statement. “Our crews help prevent people from dying in these dangerous attempts.”

The US Coast Guard has noted a sharp increase in bans on Cuban migrants in marine waters.

The surge in the number of Cubans fleeing the communist-run island over the past two years has been largely driven by shortages of basic necessities, restrictions on civil liberties and mishandling of the COVID-19 pandemic. 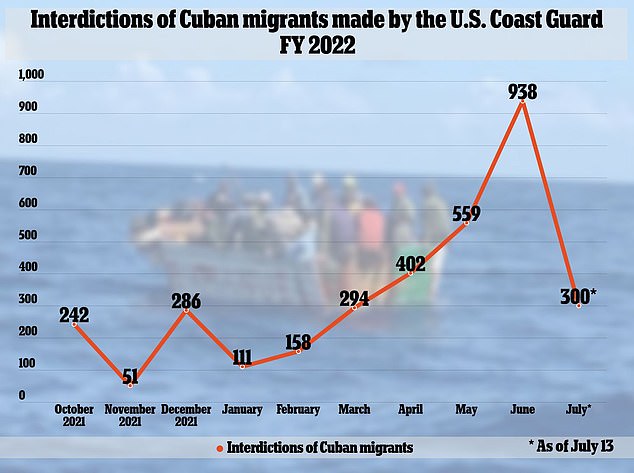 In the past, those fleeing the socialist regime had been allowed to remain in the United States, under President Bill Clinton’s 1995 policy revising the 1966 Cuban Adjustment Act. The law granted them eligibility to become residents within a year.

However, President Barack Obama abolished the immigration policy on January 12, 2017, by signing an executive order that ended the long-standing law that granted permanent residency to Cubans who reached the country.

Cubans caught at sea by US authorities are returned to the communist island or country from which they originally departed in accordance with US policy.