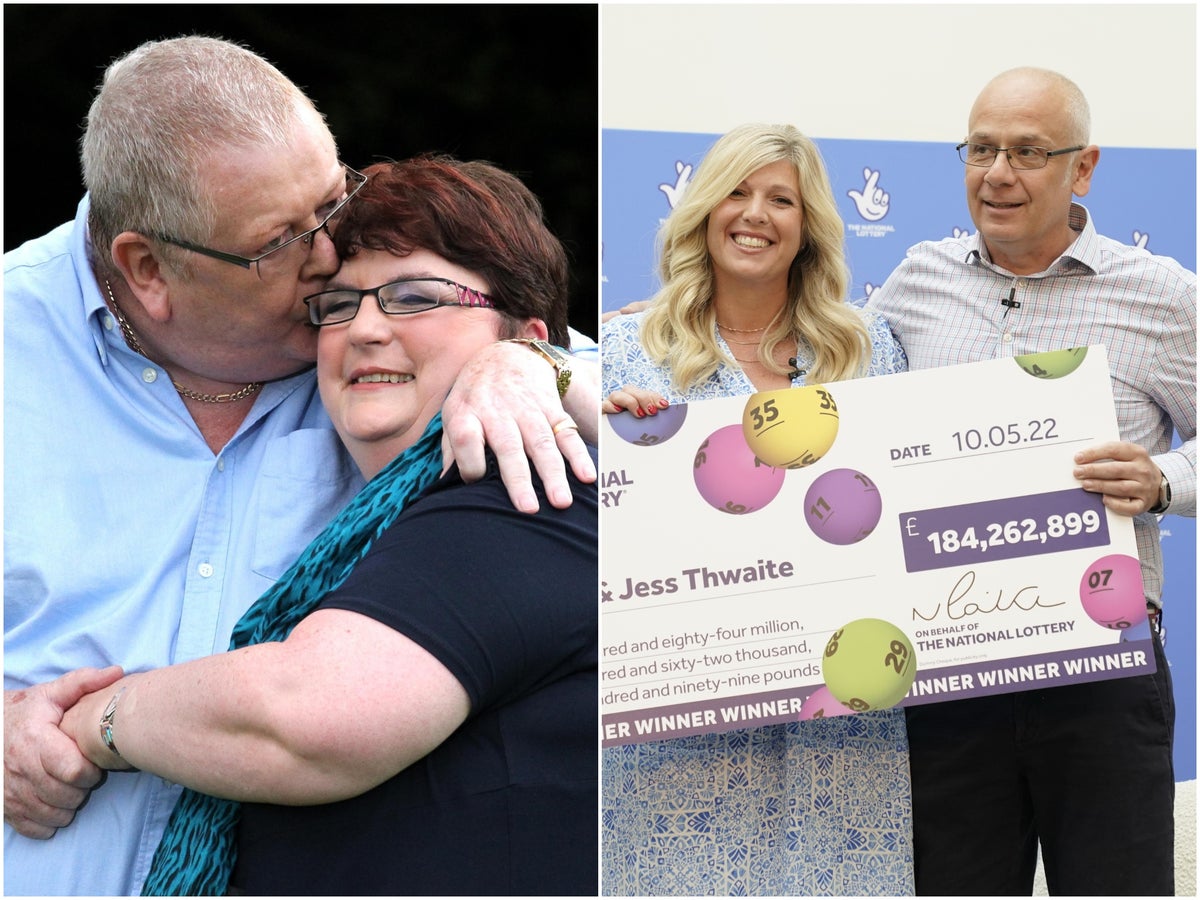 A UK ticket holder has won the biggest National Lottery All-time pot and will take home a record £195 million EuroMillionsjackpot.

lottery operator Camelot advised people to check if they won as the ticket buyer hasn’t gotten in touch yet.

Until the winner of the biggest EuroMillions jackpot claims their prize, here are the 10 biggest UK lottery prizes and what the winners are doing with their fortunes.

During a press conference where they revealed their identities, Mr Thwaite said he found out about his win through the National Lottery app.

Before he told his wife about the win, since the two were still in bed, he went to Rightmove and turned off the price filter when looking for an apartment.

During the press conference, he added that they have been looking to relocate for a while and that they can take their friends and family on vacation without having to explain where the money is coming from.

They invested £2.5million of their vast fortune in Colin’s favorite football club Partick Thistle, which resulted in one of the stands at the stadium being named after him.

He also acquired a 55 percent stake in the club. This was left in the hands of the local community after his death in December 2019 at the age of 71.

Before Colin’s death, the pair founded the Weir Charitable Trust in 2013 and donated £1million to the Scottish independence referendum in 2014.

The couple divorced in September 2019, months before Colin’s death.

Adrian and Gillian Bayford won €190m, equivalent to just over £148m, in a EuroMillions draw in August 2012.

They announced their split in 2013 and have reportedly split their assets equally.

Another anonymous winner found his fortune during the April 2018 Superdraw jackpot rollover, securing £121,328,187.

Frances Connolly and her husband Patrick won £114,969,775 in the EuroMillions.

French recently revealed she has already given £60million their wealth to charity.

She also revealed the first thing she and Patrick did upon learning the good news. “We stared at each other for about five minutes, got up, hugged and I said I’ll go and put the kettle on, right?” she said Sky news.

This ticket holder chose to remain anonymous after winning £113,019,926 in the National Lottery in October 2010.