The street I grew up on: Ardal O’Hanlon, 56, actor, writer and comedian, shares memories of Mullinary, Carrickmacross, County Monaghan, Ireland

Through Rosanna Greenstreet for the weekend magazine

I grew up in a small town in Ireland where my father was a GP. Our house dates from circa 1910, we inherited it from the previous GP and as we expanded as a family there were additions and additions.

My poor mother took us out one by one: my sister Fiona was the eldest, my brother Rory was a year older than me, then my younger brothers Neale and Shane and sister Dearbhla.

As a Catholic family we ate fish on Friday and went to Sunday mass. Next to us was a pig farm and our other neighbors were a family with 13 children; across the street was a granary.

It was a pretty town with a Thursday market. The streets were lined with stalls and there was a bit of partying – I saw a boxing match with my bare fingers once. 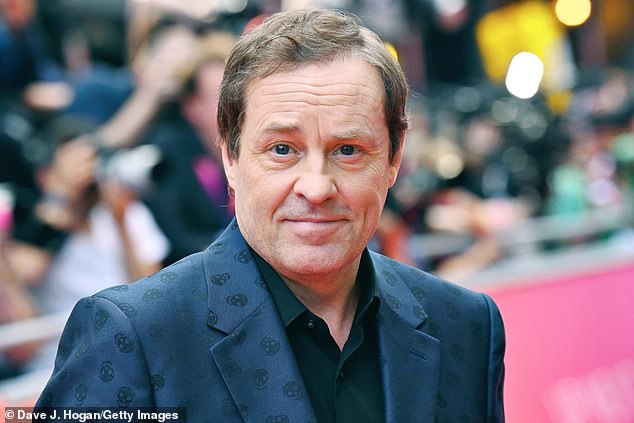 At any one time I shared a bedroom with up to two brothers, so we were very close. We usually dressed and carried each other the same.

I have problems with the way my mother dressed me. My communion suit was a collarless two-piece with a gold buckle—I looked like one of the Trumpton cops.

In those days everyone in rural Ireland came from a large family; Soccer games would consist of up to 30 kids and we would use the huge granary door as one gate and the pig farm gate as the other. Our bedtime was earlier than the neighbors’, and the most embarrassing thing was when Mother called us to sleep from an upstairs window.

In 1977 my father entered politics. He ran for Fianna Fáil, the leading centre-right party at the time, and was elected. He was available as a doctor, constantly on call, often in exchange for products. 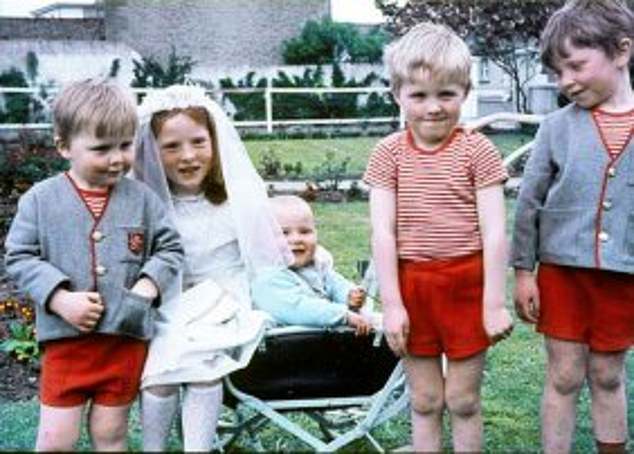 Ardal (right) in the front yard of his parents’ house with his siblings. He says that everyone in rural Ireland came from one large family; Football games would consist of up to 30 children

When he became a politician, it was open house and hundreds of people flocked. He had been pacing between his medical clinic in a prefab at the side of the house and his political clinic in the parlor at the front.

Someone once asked if they could bring Hawaii Five-O back to TV and I’m pretty sure they called the TV station!

There was feasting at the market, I once saw a boxing match with bare knuckles

Living just a few miles south of the Northern Ireland border, we were aware of the carnage on the other side. I was an old-fashioned kid – I read the newspaper every day and in the evenings I watched the news with its reports of car bombs and murders.

One night around election time there was a call to our home to say there was a bomb and we had ten minutes to get out. I remember my mother dragging us out of bed screaming hysterically, ‘Get out, get out, get out!’

We were put in a car and driven to someone else’s house a mile away. It turned out to be a false alarm, but made a big impression.

I had an exciting story to tell at school, but I can only imagine the terror my parents experienced.

I’ve always been interested in storytelling, and my mother’s sister, Aunt Maura, used to give me sweets to encourage me to tell great stories. I got interested in comedy at university and started Comedy Cellar in Dublin with some friends after college.

The kind of stuff I heard through all the comings and goings of my parents’ house influenced my stand-up, and the way people spoke – the dead tone and the humor – show up in my lyrics.