The Reserve Bank of Australia has issued some chilling hints that it will keep raising interest rates even after Tuesday’s forecast rate hike, as house prices fall at their fastest rate in almost 40 years.

The Big Four banks all expect interest rates to rise another 0.5 percentage point on Sept. 6 — taking it from an existing six-year high of 1.85 percent to a seven-year high of 2.35 percent.

Should interest rates rise by that level, a borrower with a typical $600,000 mortgage would increase monthly payments by $173. Interest rates are already rising at the fastest pace in nearly three decades.

The RBA hiked rates by 50 basis points last month and its August minutes clearly indicated that home borrowers would be in even greater pain — with house prices already suffering their sharpest monthly decline since early 1983.

“Given high inflation, resilient economy and tight labor market, and taking into account the risks, members agreed that it was appropriate to continue the process of normalizing monetary conditions,” it said.

‘The Management Board expects to take further steps in the process of normalizing monetary conditions in the coming months, but is not on a predetermined path.’ 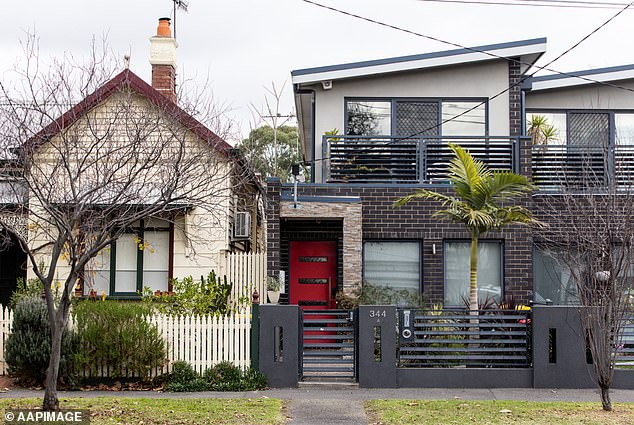 The Reserve Bank of Australia has given some hints that it will raise interest rates further this year as house prices fall at their fastest rate in almost 40 years (a house in Melbourne is pictured).

RBA Governor Philip Lowe has previously suggested that interest rates would need to rise above 2.5 percent to stay above the neutral level – with the aim of monetary policy being to slow economic activity.

Property prices fall in almost ALL major cities in August

Source: CoreLogic data for August based on median house prices

The Commonwealth Bank, Australia’s largest home lender, expects a cash rate of 2.6 percent through November, while ANZ is forecasting a 10-year cash rate of 3.35 percent on Melbourne Cup day.

The era of record-low cash rates of 0.1 percent ended in May, with rate hikes totaling 1.75 percentage points every month since — the steepest since 1994.

Harsh monetary tightening has already impacted the housing market, with CoreLogic data showing a 1.6 percent fall in national house and unit prices in August — the sharpest monthly decline since January 1983.

But that same potential borrower could now only borrow $500,000.

Banks have been required since November to assess a borrower’s ability to cope with a three percentage point increase in variable mortgage rates.

This means four straight rate hikes – with a likely fifth in September – will push house prices down, with banks’ ability to lend being constrained.

House prices fell in August in all capital markets except Darwin. 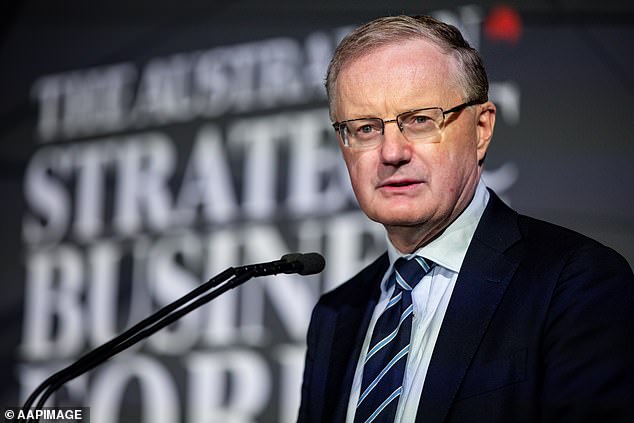 The RBA hiked rates by 50 basis points this month and in its August meeting minutes strongly indicated there would be more pain for home borrowers – with house prices already suffering their sharpest monthly decline since early 1983 (pictured is the Reserve Bank Governor Philip Lowe).

The average house price in Sydney plunged 2.6 percent last month, the steepest housing market decline since August 1985, bringing it back to $1,302,635 in a city where borrowers are much more sensitive to interest rate hikes.

What the banks are forecasting for 2022

This would include increases of 50 basis points in September, October and November

Adelaide, until recently Australia’s strongest property market, suffered a 0.2 percent drop in August, taking the median home price down to $707,364.

Perth, which had also braved the downturn, was also down 0.2 percent, with house prices falling to $588,308 midway through.

Regional markets, which benefited from workers being able to work from home, suffered a 1.5 percent drop in August – the sharpest since November 1989, when interest rates were 17 percent.

The regional home price of $615,712 is still more expensive than Perth or Darwin, with coastal values ​​dragging the median up.

Gareth Aird, head of Australia’s economics department at the Commonwealth Bank, said that while borrowers could absorb rate hikes in May, June and July, rate hikes eased somewhat in August.

“Up until July, most adjustable rate mortgage borrowers had no impact on their cash flow prospects,” he said. 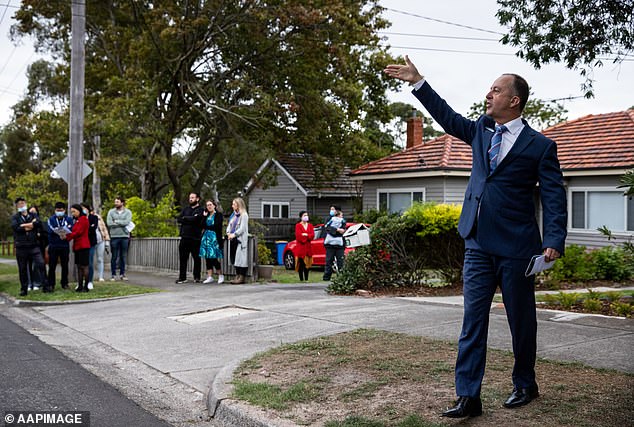 The era of a record-low cash interest rate of 0.1 percent ended in May, with monthly rate hikes since then up to 1.75 percentage points – the steepest since 1994. CoreLogic data showed a 1.6 percent fall in national house and unit prices in August – the sharpest monthly decline since January 1983 (pictured is a Melbourne auction in April)

“This allowed them to continue spending as before, hence official spending data was strong.”

“The rapid pace at which the RBA has tightened policy, overlaid by full recognition of the lags between rate hikes and the impact of cash flow on a home borrower, means the RBA board is flying blind to some extent,” he said .

“Many households with mortgages will need to adjust their spending patterns in the coming period as the lagged impact of rate hikes weighs on their cash flow.”

Inflation rose 6.1 percent in the year to June, the fastest pace since 1990, which excludes the one-off effects of the GST introduction in 2000.

Both the Reserve Bank and Treasury Department expect the CPI to hit a 32-year high of 7.75 percent later this year.

What another 0.5 percentage point rate hike in September will mean

Calculations are based on a cash rate increase of 0.5 percentage points from 1.85 percent to 2.35 percent, increasing a Commonwealth Bank variable loan for a borrower with a 20 percent deposit from 3.79 percent to 4.29 percent would let