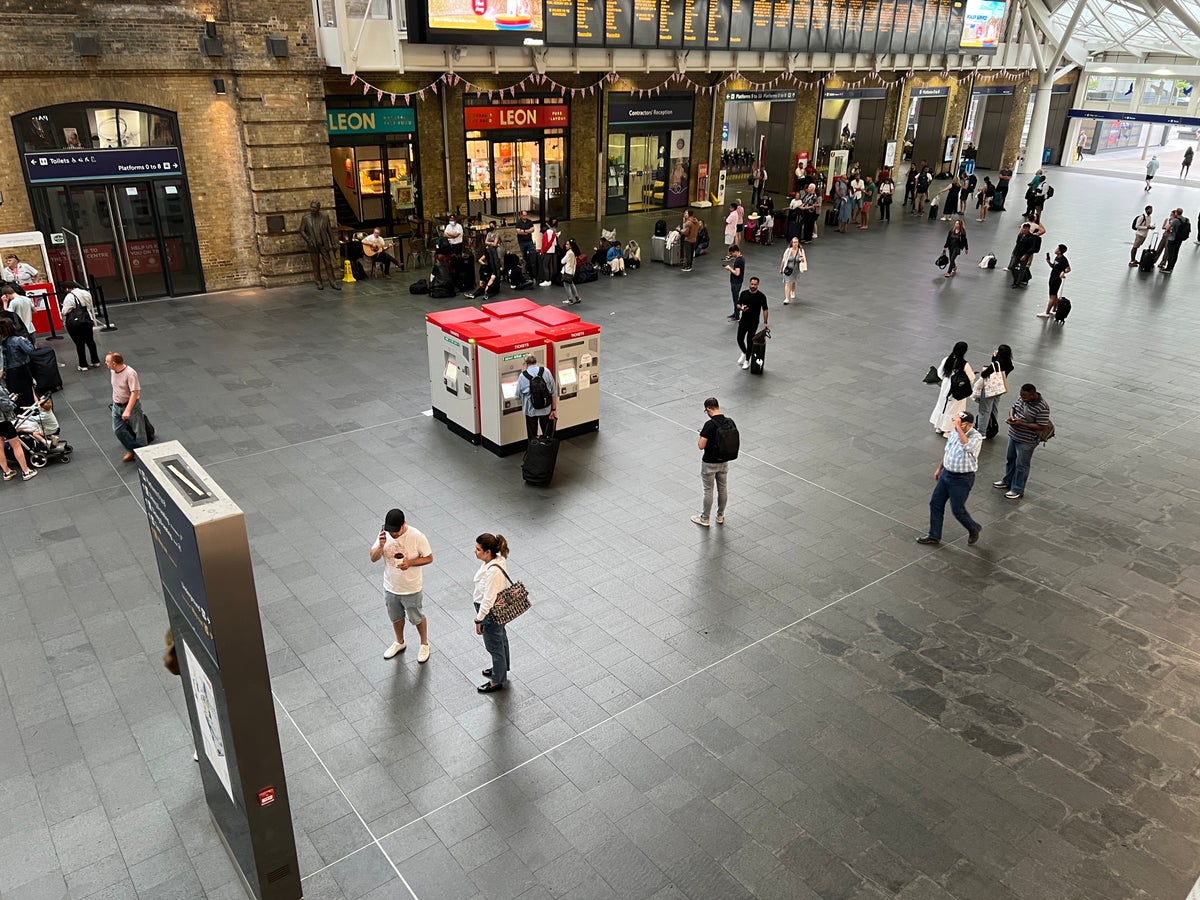 That Main line on the east coastwhich connects King’s Cross station in the capital with Yorkshire, north-east England and Scotland was still closed south of Peterborough on Wednesday morning.

LNERthe leading train operator on the artery, said: “Due to urgent repairs to the railway between King’s Cross and Peterborough, all lines are closed.

“Please do not travel to or from King’s Cross today.”

The railway company said: “Following the severe weather and high temperatures on Tuesday 19 July, a fire near the railway south of Peterborough has caused extensive damage to signaling equipment.

“network rail are working to fix this as soon as possible but the extent of the damage means services are suspended for the duration of today, Wednesday 20th July.”

It added: “There have been numerous reports of damage to tracks, signaling and overhead wires on the UK rail networks, including the routes we would normally divert our customers onto.

“Against this background, it is unfortunately not possible today to complete your journey with another operator over these routes.”

Announcements at London King’s Cross suggested some trains could run from 12 noon.

On Tuesday when the Main line on the east coast between London and Yorkshire was closed, passengers wishing to travel in the morning were directed to neighboring St Pancras International Station East Midlands Railway (EMR) services to Sheffield.

But there are no trains north of St Pancras on Wednesday. The only possible destinations from one of the UK’s main rail hubs are Paris, Brussels, Amsterdam and Kent on the HS1 line.

“This is to allow for full track safety inspections to take place in the morning,” EMR said.

“Please check your trip before travelling.”

The Caledonian Sleeper, which normally connects Edinburgh, Glasgow, Aberdeen, Inverness and Fort William with London Euston, has been suspended. Passengers spent the night aboard trains held in London, Edinburgh and Glasgow.

In Scotland, on the other hand, full service is back in operation for the first time in two months. After resolving a wage dispute with train drivers, 700 trains a day – about a third of the total – were restored.

Much of the national rail network is due to be shut down next Wednesday, July 27, when another strike by 40,000 RMT union members is scheduled over wages, jobs and working conditions.