The number of healthy children choosing to diet has tripled over the past two decades, according to research.

University of Oxford Experts asked 34,000 children whether they were trying to lose, maintain or gain weight.

Attempts to lose weight in people with a healthy BMI increased from 5 percent when the study began in 1997 to 14 percent in 2016.

Meanwhile, the number of overweight children trying to shed pounds has quadrupled — and the proportion of obese teens trying to do so lose weight double.

The team said it was a “success” in helping overweight and obese youth try to lose weight.

But trials among healthy children “raise concern,” they said, while activists said healthy teens who are on a diet should be told to “stop it.” 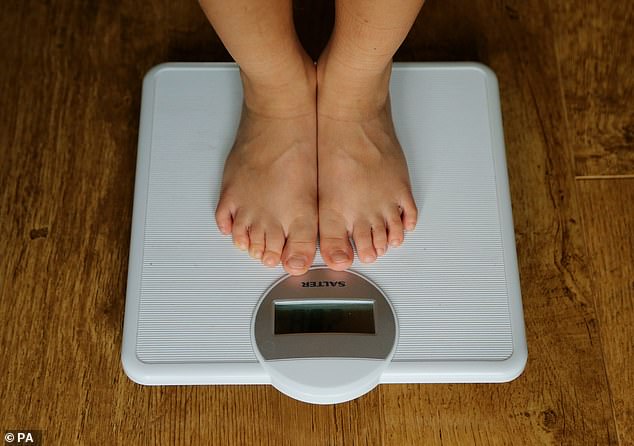 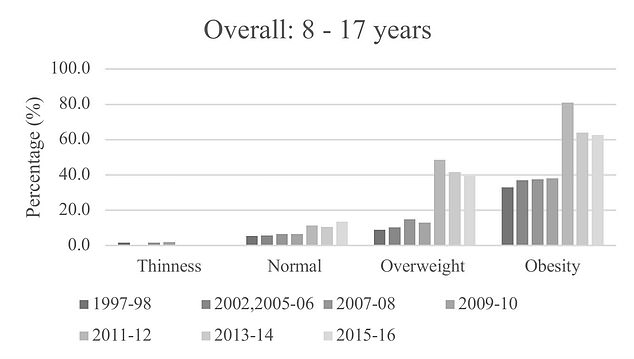 The Oxford University study showed that the rate of overweight children trying to lose weight has quadrupled over the two decades, from nine percent to 39 percent. And it tripled from five percent to 14 percent in healthy-weight children. The obese cohort saw the smallest increase, doubling from 33 percent to 63 percent

HOW CAN KIDS GET A HEALTHIER WEIGHT?

Small lifestyle changes can make a big difference in a child’s weight.

Talk to a child’s school nurse, family doctor, or office nurse. You can help support families with diet and lifestyle changes as needed.

There are many ways to reduce sugar, salt and saturated fat, from chocolate cereal to wheat crackers, chips to popcorn and sausage to low-fat ground beef.

Aim to eat at least five servings of a variety of fruits and vegetables each day, and reduce starchy foods to just over a third of the foods eaten.

Start meals with small portions and let the kids ask for more if they’re still hungry after eating.

Any type of physical activity can help with counting, whether it’s walking or riding a bike, playing in the park, or playing indoors.

Sitting too much makes a child more likely to gain weight and can affect their sleep.

According to data, one in three children in the UK is overweight or obese. The level only increased during the lockdown.

However, researchers said there is little information on how many teens participate in weight management programs or are trying to lose weight.

To fill the knowledge gap, the team analyzed the responses of 34,235 children aged eight to 17 who took part in the Health Survey for England.

Between 1997 and 2016, the team looked at eight waves of the nationwide representative survey that asked young people about their health behavior.

During the interviews they were asked, “Are you currently trying to lose weight, gain weight, or are you not trying to change your weight?”

The results, published in Archives of childhood illnessesshow that more than a quarter of children (26.5 percent) were trying to lose weight in 2016.

The increase between 1998 and 2016 is larger than the increase in the number of overweight children – meaning more healthy children were trying to lose weight.

Overall, the proportion of children trying to shed the pounds was higher among older children – one in three 13-17 year olds compared to one in five 8-12 year olds.

Among obese children, the rate trying to lose weight has quadrupled over the two decades, from nine percent to 39 percent.

The obese cohort saw the smallest increase, doubling from 33 percent to 63 percent.

The proportion of children trying to lose weight was higher among girls (60 percent) than boys (40 percent). But the increase over time was only significant for boys, the researchers said.

The analysis also showed that the steepest annual increase in weight loss attempts was in 2012 — the years when parents began receiving feedback on their children’s weight through the National Child Measurement Program (NCMP).

The researchers wrote, “Increasing efforts to lose weight among children who were overweight or obese may indicate some success in communicating the importance of weight management to this group.”

However, they noted that it is “concerning that the increase is not being matched by an increase in the provision of weight management services in England”.

This creates “a risk of unsupervised and potentially inappropriate weight control behavior,” the experts noted.

“Meanwhile, the rise in weight loss attempts among healthy-weight children is a cause for concern and suggests that more attention is needed to properly target weight management messages,” they wrote.

The team added: “More research is needed to understand the reasons for weight loss attempts in young people at a healthy weight and to reduce their occurrence.

“Policies to combat obesity in young people need to be sensitive to reduce the risk of promoting inappropriate weight control practices.”

Tam Fry, chair of the National Obesity Forum, said: “The news that more and more children seem to be taking their weight seriously is most welcome, but this achievement must be greeted with an air of caution.

“The survey emphasizes that its data are estimates rather than precise, but this can be easily overcome by the proposed expansion of the NCMP.

“It is worrying that children of a healthy weight appear to be on a diet and should be gently told to stop.”