Horror in the Outback: The couple’s car bursts into flames on a remote 4WD track in the middle of nowhere – but a wise decision saved them from dying in the scorching desert

A couple’s four-wheel drive dream trip deep into the outback turned into a near-death experience after their car burst into flames, but a wise decision to rescue a satellite phone from the burning vehicle would ultimately save their lives.

The husband and wife couple were on the 4WD trip of a lifetime, trekking the deadly Talawana Track, which criss-crosses more than 596 kilometers through the Western Australian desert.

The track is notoriously dangerous, being cited by 4WD enthusiasts as one of the toughest tracks in Australia, and its remoteness requires travelers to be fully self-sufficient with water, food and fuel.

The couple was out on the track at 10:30am Monday when their four-wheel drive suddenly caught fire more than 120 kilometers into the track.

They managed to escape the inferno, but the vehicle was completely destroyed.

Luckily, they were traveling with a satellite phone and were able to remove it from the fire, a decision that saved them from perishing in the scorching Gibson Desert. 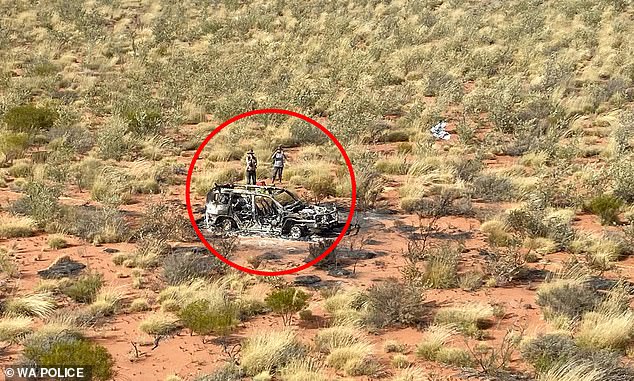 The husband and wife were traveling along the Talawana Track in the northeast state at 10:30 a.m. Monday when their SUV suddenly caught fire 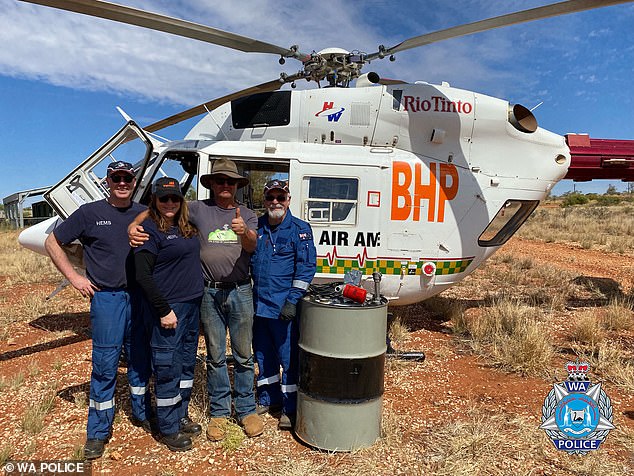 They walked a safe distance from the car with the items they were able to recover before calling Triple-0 on the satellite phone.

Due to the remoteness of their location, the call was routed to South Australia Police, who then passed it on to their Western Australian counterparts. 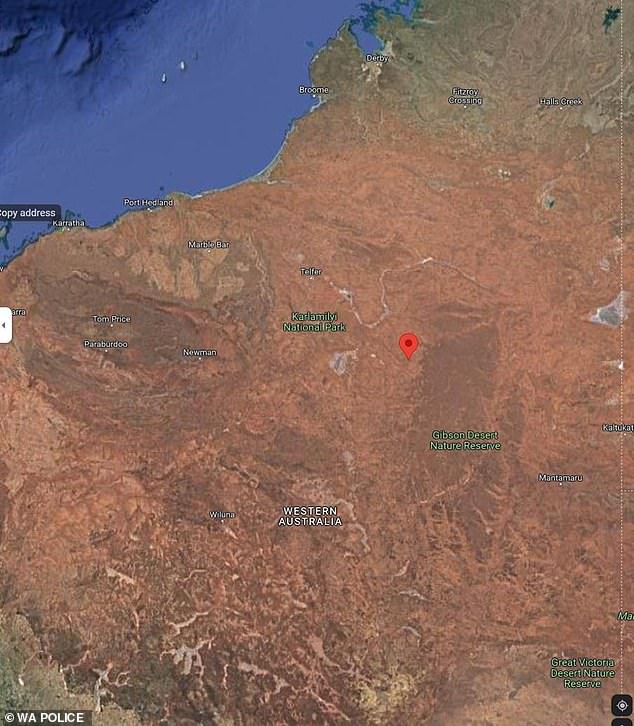 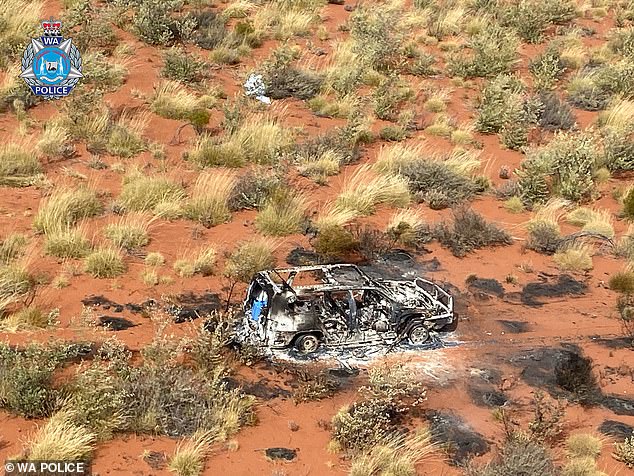 Luckily, the couple also had a portable charger with them, allowing them to keep the phone alive while help arrived.

Police made arrangements to check the couple regularly to ensure they were safe before they could arrive.

The nearest police station in Jigalong was a six to eight hour journey away, so they turned to the BHP Air Ambulance, which was based in Newman, instead. 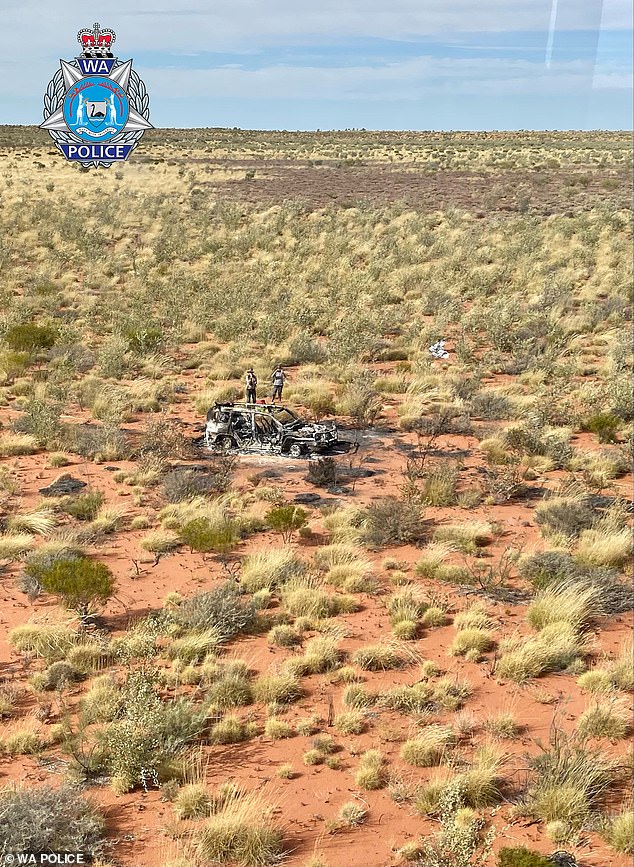 The car was completely destroyed by the fire, but thankfully the couple escaped completely unharmed

The helicopter traveled three hours to find the man and woman and rescued them at 9am Tuesday morning – almost 24 hours after the car caught fire.

The couple were in good health and a spokesman for WA Police commended the steps they took before their trip to ensure they were prepared for any scenario.

“We encourage anyone traveling to regional and remote areas to carry safety equipment, particularly personal locator beacons or PLBs or other devices such as satellite phones, to alert authorities to emergency situations,” the spokesman said.

If the couple hadn’t prepared themselves well for the trip, the consequences could have been deadly.

In 2005, the bodies of two men were found on the notorious route. Police said the men were ill-prepared for their journey with an old, dilapidated vehicle and little water.

Apparently they died from the harsh desert conditions after running out of water.

The men had left a note prior to finding water, but had returned empty-handed. 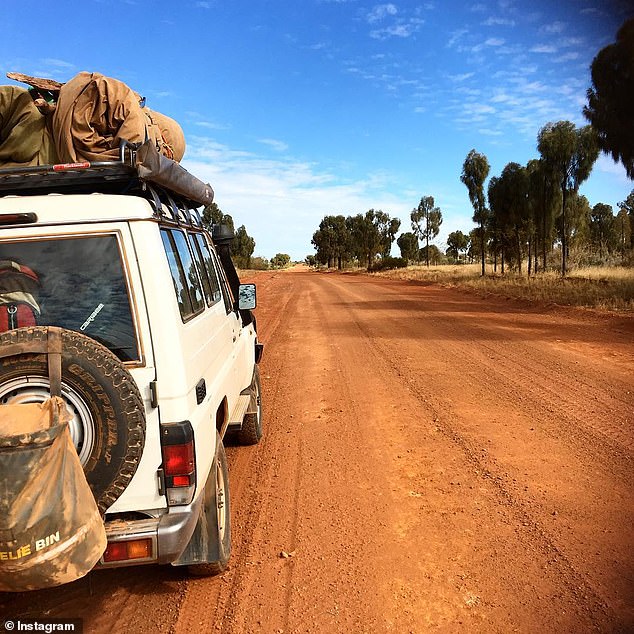 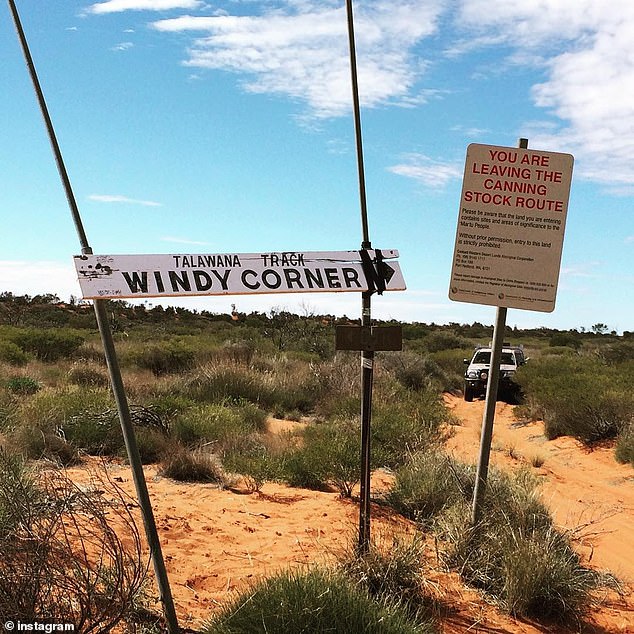 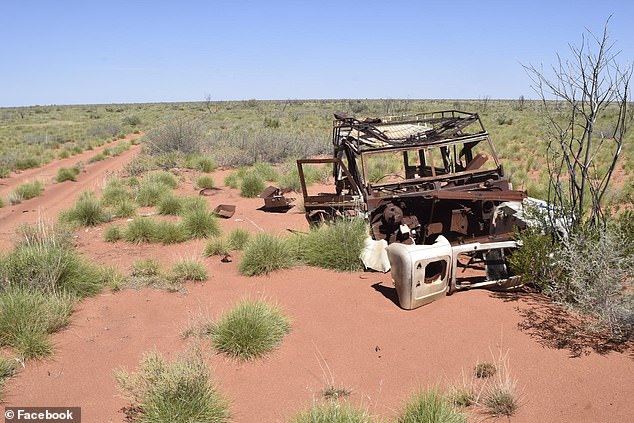 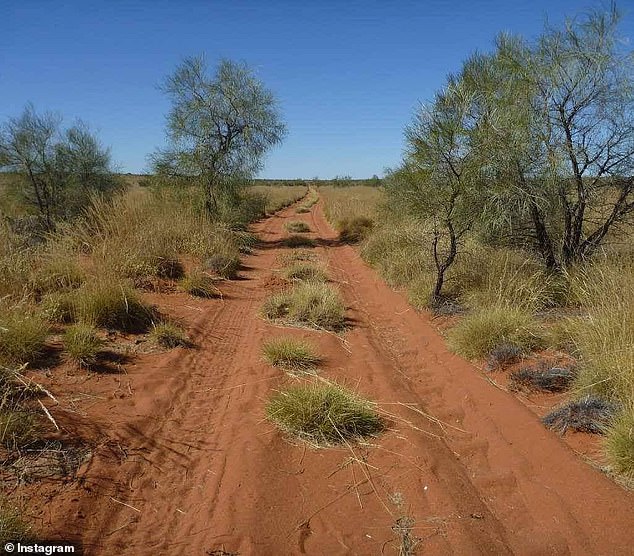