Through Matt Powell for Mailonline

A shocking video shows an officer attacking a restrained man on a bus outside the Arlington Arms pub in Eastbourne yesterday.

Footage, taken at the top of the steps of a double-decker bus, shows two police officers taking a man to the ground while pinning his arms behind his back.

While lying face down on the floor of the bus, the man cries out in pain and tells officers, “You’re hurting my hand, you’re breaking my hand.” 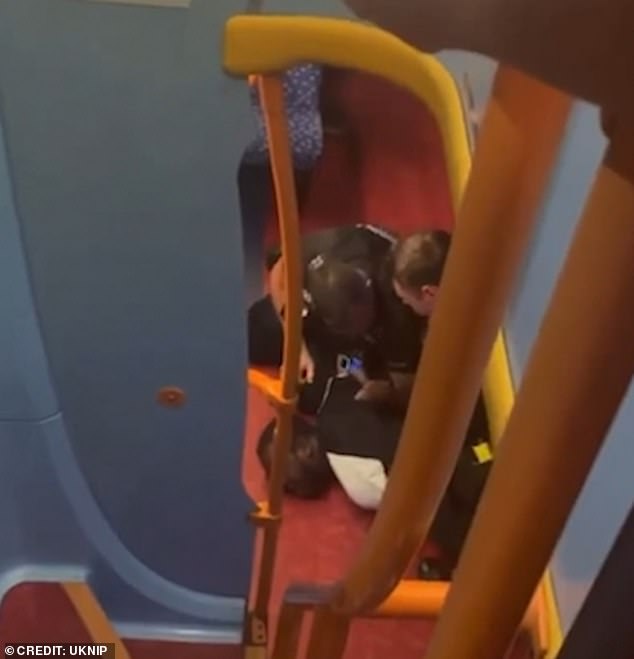 He repeats the statement several times before yelling, “You’re hurting my damn hand,” whereupon one of the officers smacks the tied man on the head.

After hitting the man, the officer tells the man to stop pinching him.

The man replied, “You just hit me too, yeah?”

And the Sussex police officer replied: “Yes, for pinching me.” 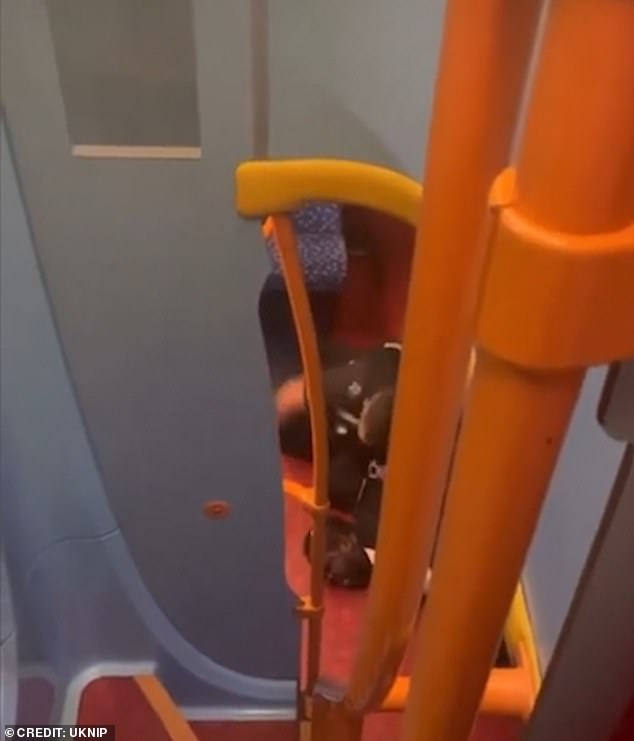 Footage shows the officer punching the restrained man in the head 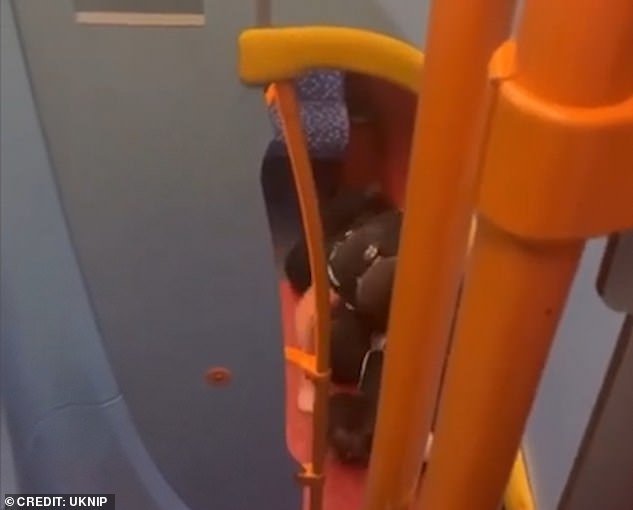 After hitting the man, the officer said he did it because the man pinched him

Did you witness the incident?

Let us know by email: matt.powell@mailonline.co.uk

Sussex Police have confirmed they were launching an investigation after the video was posted on social media.

Police have not yet confirmed in a statement whether the man was arrested or for what crimes.

“We are aware of this incident which the officer himself has highlighted,” Sussex Police said.

A Sussex Police spokesman said: “We are training our officers to use appropriate force to protect themselves and others and are reviewing this footage along with body worn video taken by the officer of the entire interaction to see if there is any further.” investigations are required.”