Sunrise presenter David Koch has lashed out at the Reserve Bank of Australia after Governor Philip Lowe repeatedly vowed last year to freeze interest rates until 2024.

“Late last year, in November December, the Reserve Bank, Philip Lowe, told Australians to go out and borrow, go out and borrow as much as they want, on condition. I will not raise official interest rates before 2024,” Koch said.

Banking giant ANZ now forecasts that the RBA will hike interest rates by 0.5 percentage points in August, September, October and November as the policy rate rose to 3.35 percent from 1.35 percent. 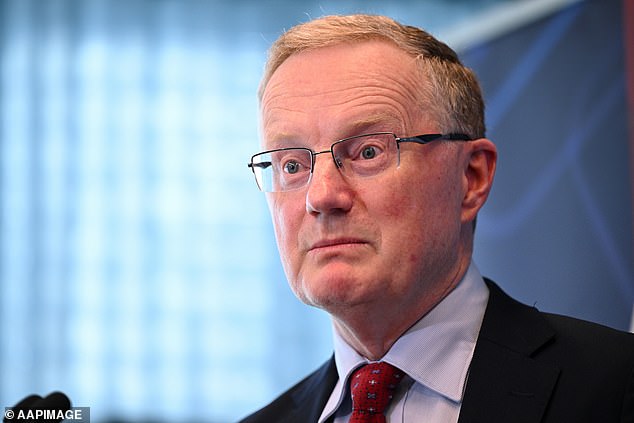 Australian borrowers saw interest rates rise by 1.25 percentage points in May, June and July – the steepest hikes since 1994.

If ANZ’s prediction comes true, a borrower’s monthly mortgage repayments would have increased by $1,060, or 46 percent, by November compared to early May, when interest rates were at a record low of 0.1 percent.

A popular Commonwealth Bank variable was just 2.29 percent in May before the RBA hiked rates for the first time since November 2010.

But if the cash rate increased to 3.35 percent, as ANZ predicts, a floating CBA rate would increase to 5.39 percent from the current 3.39 percent.