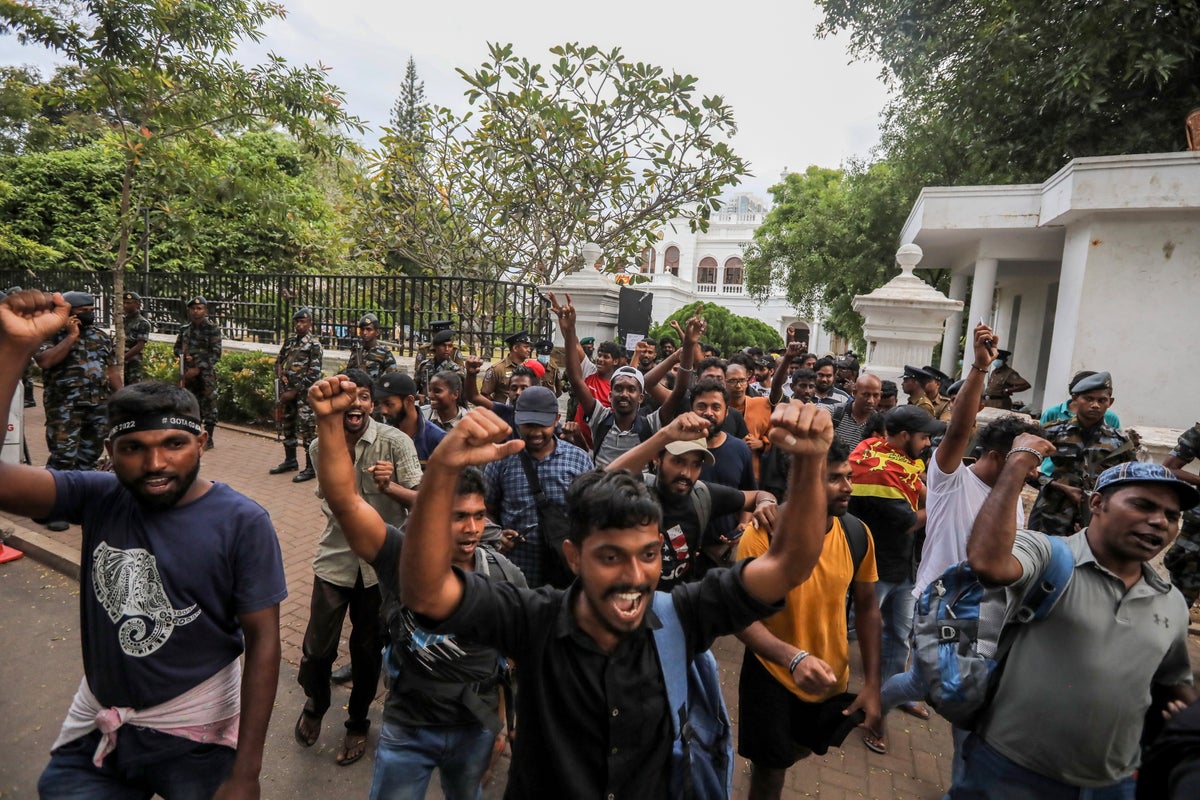 President of Sri Lanka Gotabaya Rajapaksa submitted a letter of resignation on Thursday, a spokesman for the speaker of parliament said, hours after he fled to Singapore following mass protests over an economic meltdown.

The announcement sparked cheers in the commercial capital of Colombo, where protesters gathered outside the president’s secretariat, defying a citywide curfew.

“We never thought that we would rid this country of them,” she added, referring to the Rajapaksa family, which dominated politics in the South Asian country for two decades.

Mr Rajapaksa submitted his resignation via email late Thursday and it will become official on Friday once the document has been legally reviewed, the spokesman said.

Mr Rajapaksa fled to the Maldives on Wednesday and then flew to Singapore on a Saudi Arabian airline flight on Thursday, according to a person familiar with the situation.

A passenger on the flight, who asked not to be named, told Reuters that Mr Rajapaksa was met by a group of security guards and seen exiting the airport’s VIP area in a convoy of black vehicles.

Airline staff on the flight told Reuters the black-clad president was flying business class with his wife and two bodyguards and described him as “calm” and “friendly”.

Singapore’s Foreign Ministry said Mr Rajapaksa entered the country on a private visit and had not applied for or been granted asylum.

“We want Ranil to go home,” said Malik Perera, a 29-year-old rickshaw driver who took part in the parliamentary protests, earlier Thursday. “They sold the land, we want a good person to take over, we won’t stop until then.”

Protests over the economic crisis have simmered for months and came to a head last weekend when hundreds of thousands of people occupied government buildings in Colombo, blaming the Rajapaksa family and their allies for runaway inflation, lack of basic necessities and corruption.

“The fight is not over yet,” said Terance Rodrigo, a 26-year-old student who said he had been at the site since it was taken over by protesters on Saturday.

“We have to make society better. Government does not solve people’s problems.”

The protest organizers handed over the residences of the President and Prime Minister to the government on Thursday evening.

“Since the President has left the country … holding the captured places no longer has any symbolic value,” Chameera Dedduwage, one of the organizers, told Reuters.

Another organizer, Kalum Amaratunga, said a crackdown could be imminent after Mr Wickremesinghe branded some protesters as “fascists” in a speech the night before.

The military said troops have the authority to use force to protect people and public property.

Police said one person was killed and 84 injured in clashes between riot police and protesters on Wednesday near Parliament and the prime minister’s office as people demanded the ousting of Mr Rajapaksa and Mr Wickremesinghe.

The army said two soldiers were seriously injured when they were attacked by protesters near Parliament on Wednesday night and their guns and magazines were stolen.

Police said the man who died was a 26-year-old protester who succumbed after being injured near the prime minister’s office.

Former Prime Minister Mahinda Rajapaksa and former Finance Minister Basil Rajapaksa, both brothers of the president, told the Supreme Court through their lawyer that they would remain in the country until at least Friday.

They were responding to a petition by the anti-corruption organization Transparency International, which calls for action “against those responsible for the current economic crisis”.

Parliament is expected to appoint a new full-time president on July 20, and a senior source from the ruling party told Reuters that Mr Wickremesinghe was the party’s first choice, although no decision had yet been made. The opposition’s choice falls on its main leader, Sajith Premadasa, the son of a former president.