The son of a Lucchese and Bonanno mobster is on trial for allegedly hiring a member of the Bloods gang to assassinate his father in order to gain control of his $45 million real estate empire.

Prosecutors alleged that Anthony Zottola Sr. hired a member of the Bloods gang to shoot and kill his father, Sylvester ‘Sally Daz’ Zottola, 71, in 2018 outside a McDonald’s in the Bronx New York Post reported.

Prosecutors described the younger Zottola as a power-hungry and ruthless man who joked with hitman Brushawn Shelton after he and his associates completed the $200,000 murder.

“Can we celebrate today or tomorrow?” Shelton Anthony wrote after the hit, according to prosecutors.

‘Morning. It’s my little man’s birthday. I’m taking him to his favorite place, McDonald’s,” Anthony reportedly wrote. “Then to the cinema. LOL like I eat that stuff.’

“Thank you for being a great friend, my man.”

Among those who testified against Anthony was his own brother, Salvatore Zottola, who survived an assassination attempt just months before his father was killed. 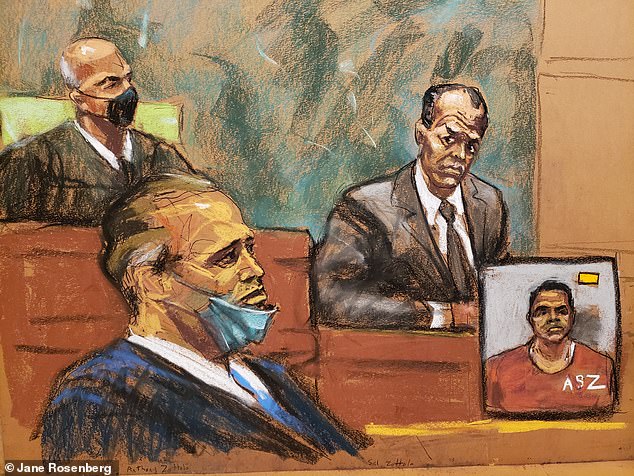 Prosecutors alleged Anthony Zottola Sr. (below left) hired a member of the Bloods gang to shoot and kill his father, Sylvester ‘Sally Daz’ Zottola, 71. His brother Salvatore (above right) took the witness stand Wednesday when he testified about his father’s $45 million real estate empire 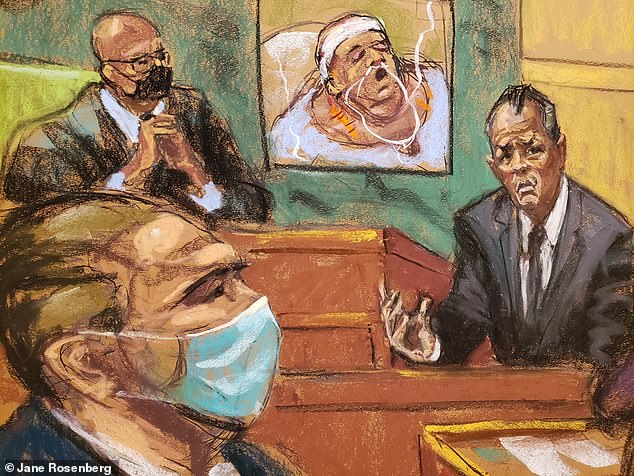 Anthony is accused of orchestrating the attack to take control of his father’s fortune. Pictured Salvatore testifying about his father’s final moments (inset) 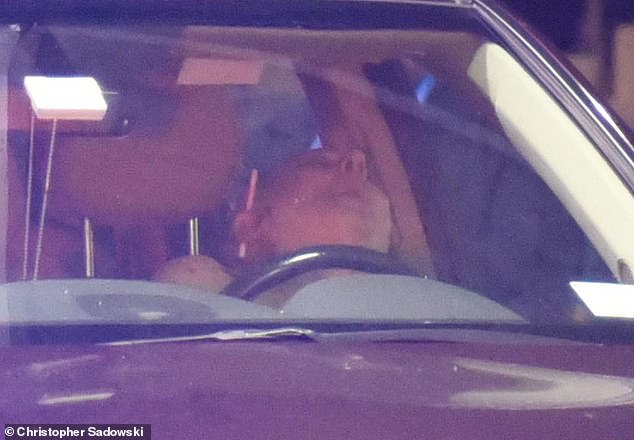 Sylvester, who paid dues to the notorious Lucchese and Bonanno mob families, was shot multiple times during a drive-thru at a Bronx McDonald’s 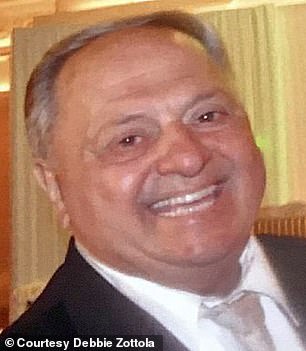 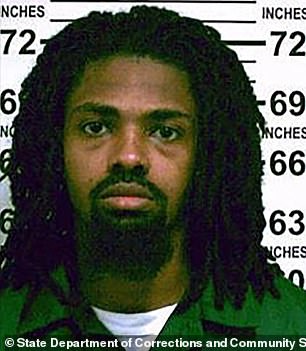 Bushawn Shelton (right), a member of the Bloods gang, was accused of carrying out the hit on Sylvester (left) by his associates Himen Ross and Alfred Lopez 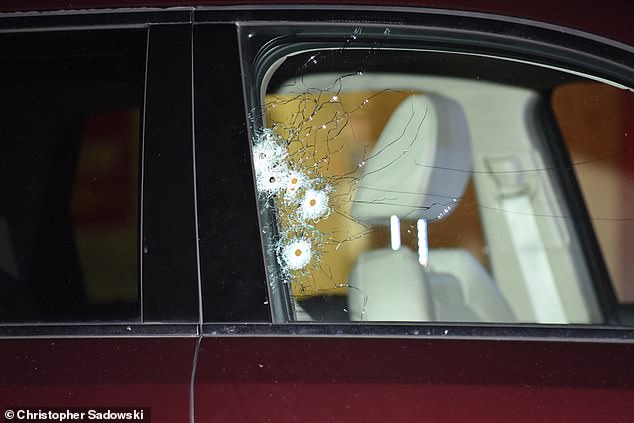 Salvatore, Sylvester’s eldest son, testified that his father had a sprawling real estate empire that brought in more than $1 million a year in rental income.

In his testimony, the older brother recounted the shootings he and his father had witnessed.

The 71-year-old victim had just ordered a medium-sized coffee when bullets hit him in the head, chest and shoulder on October 4, 2018.

Months earlier, in July 2018, Salvatore was shot multiple times, including in the head, outside his home in the Bronx, but survived.

A cooperating witness had told investigators that the beating on Salvatore was intended to lure his father into the public eye.

In her opening statement Tuesday, Assistant US Attorney Devon Lash told jurors that Sylvester, who paid fees to the notorious Lucchese and Bonanno mob families, had spent years dodging attempts on his life by idiots who stabbed and beat him .

Lash said Sylvester was able to survive any would-be assassin up until the 2018 shootings, which she says were orchestrated by Anthony to seize his father’s assets. 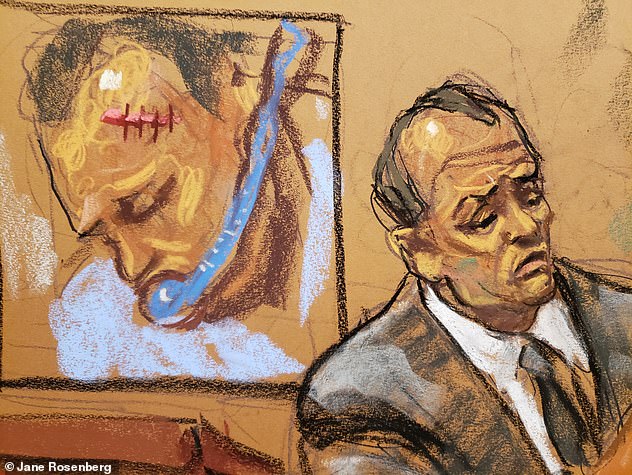 Salvatore, Sylvester’s eldest son, also recounted the attempt on his own life, in which he was shot several times by moths shortly before his father’s murder. Pictured: A court drawing of Salvatore describing the gunshot wound he sustained to the head 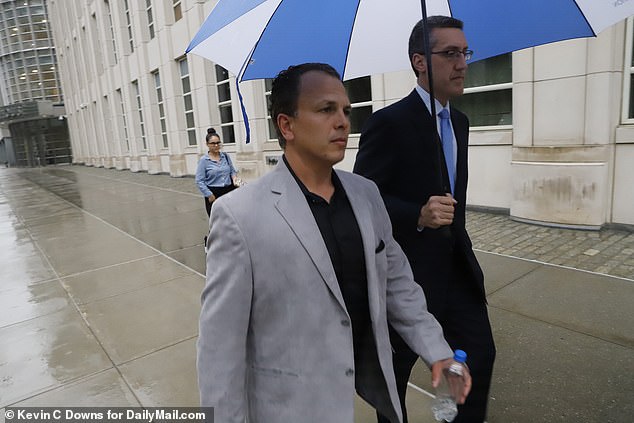 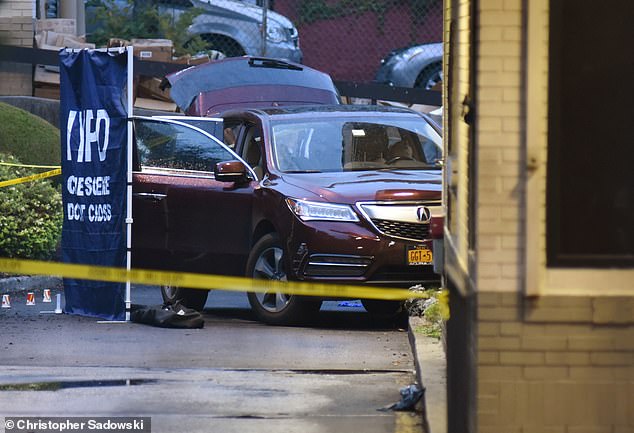 Anthony was charged with conspiracy to murder, causing death by use of a firearm and unlawful use and possession of firearms. Pictured: Police at the scene just after elder Zottola was gunned down in the Bronx

Anthony was charged with conspiracy to murder, causing death by use of a firearm and unlawful use and possession of firearms.

Himen Ross, the man accused of carrying out the murder for Shelton, and his alleged getaway driver Alfred Lopez are also on trial for the murder.

In their opening statements, the attorneys for each of the defendants slammed the prosecution’s case against their clients, saying that it was riddled with holes and that the trio could not be convicted.

“Not guilty,” John Burke, who is defending Lopez, told the jury.

Defense attorneys also said the witnesses prosecutors will subpoena were not credible and were members of a violent street gang who would lie for pleas.