Shocking flash mob of 60 bikers who break into a gas station, perform stunts then speed away on motorcycles with stolen gas: Warden called 911 SIX TIMES but got no help

A flash mob of bikers was caught on camera on Sunday stealing fuel from a gas station in Argentina.

The bizarre incident happened after 3 a.m. local time at a state-owned gas station in the city of Bernal, Buenos Aires, at the intersection of Avenida San Martín and Zapiola.

Surveillance footage showed a YPF station attendant refueling an SUV across from a pickup and another vehicle parked.

Within seconds, about 60 bikers pulled into the gas station and began fueling their own bikes while others performed stunts with their bikes. 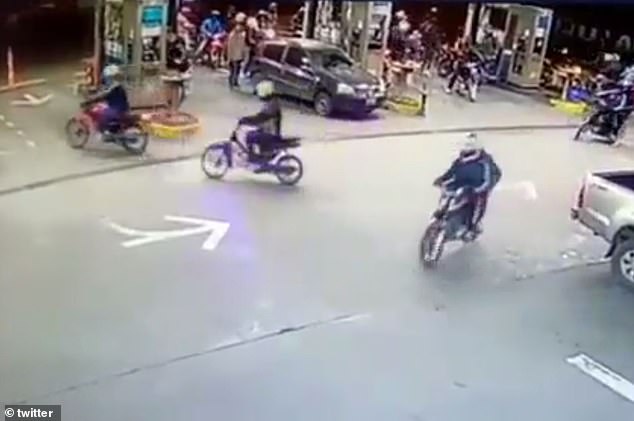 Motorcyclists slowly pulled into a government-run YPF gas station in Bernal, Argentina, on Sunday before about 60 motorcyclists filled up their bikes for free and escaped 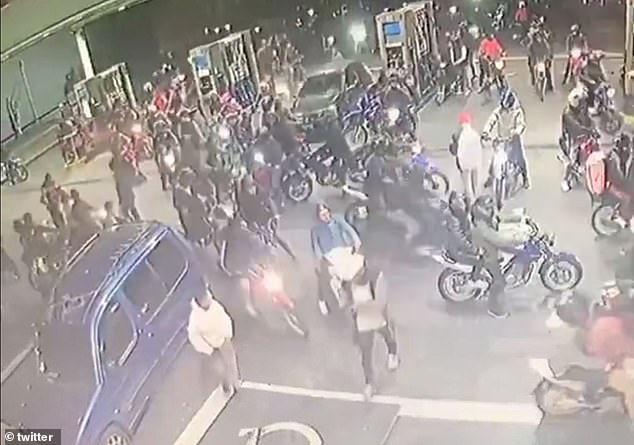 At least 60 motorcyclists pulled into a gas station and filled up for free before escaping Sunday in Bernal, a city in Argentina’s Buenos Aires province. At least six calls were made to 911 before police were dispatched 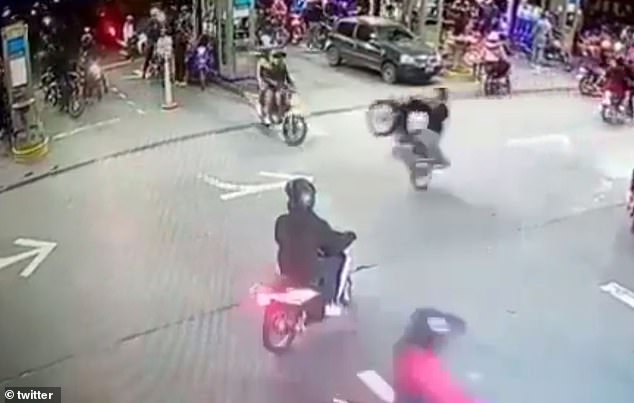 While the owner of a pickup truck was able to leave the gas station without any problems, the person in the vehicle to be refueled and the driver of a minivan parked next to the pickup could not leave the premises.

A patrol from a police station five blocks away arrived after the motorcyclists, and no arrests were made.

It is not known how much money the gas station lost from the stolen fuel. 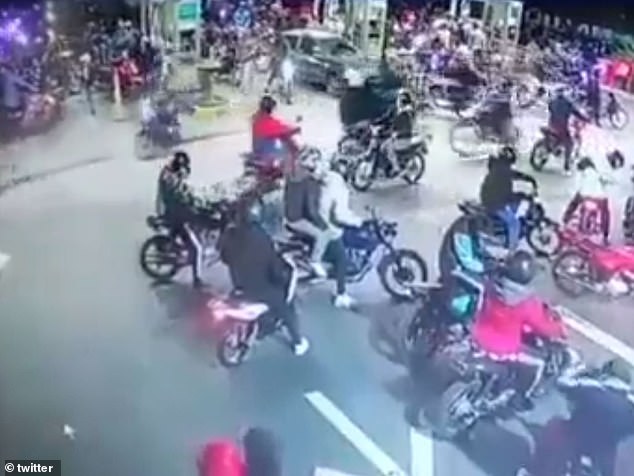 Motorcyclists bust around a gas station in Bernal, a city in Argentina’s Buenos Aires province, while their cohorts filled their bikes with free fuel and escaped before police arrived 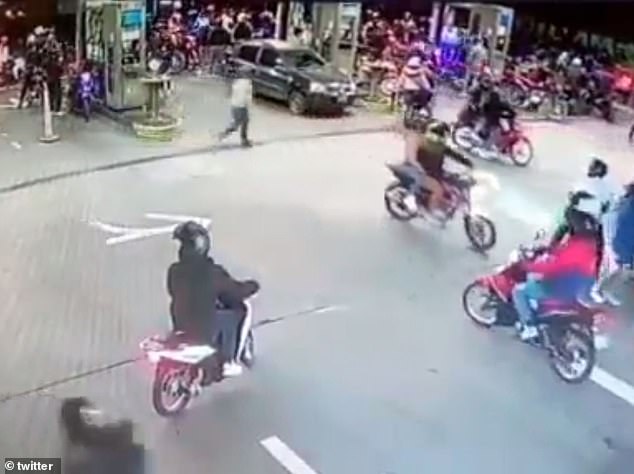 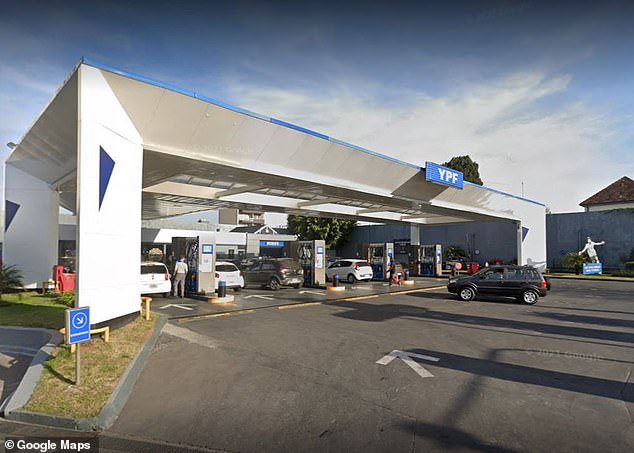 Buenos Aires Congressman Cristian Ritondo, who is leading the Republican proposal in the lower house of the National Congress, took to Twitter to slam Gov. Axel Kicillof and Security Minister Sergio Berni for spending more time investigating the failed assassination attempt on Vice President Cristina Fernández instead of fighting crime in the province.

Fernández was walking to her apartment in the Recolecta neighborhood of Buenos Aires last Thursday when Brazilian Fernando André Sabag approached her and held his Bersa 380 pistol just inches from her face before it jammed after he pulled the trigger.

“The flash mob piranha attack is a picture perfect picture of the province’s decomposition: 60 motorcyclists stealing and taunting themselves on camera,” Ritondo wrote.

“During my tenure as Buenos Aires Security Minister, we have multiplied operations, confiscated more than 30,000 motorcycles and also promoted the anti-motorcycle law,” he added. “There are no excuses when it comes to a political decision.”