Thank heaven for small mercies. The Tory leadership debate, televised tonight, was abandoned after two of the candidates came to their senses late.

Drawn by twin horror shows channel 4 and itv, Rishi Sunak and Liz Truss changed his mind and said to Sky: thanks, but no thanks. Watching the C4 debacle, helmed by a cutesy Krishnan Guru-Murthy in front of a largely conservative-hating audience, I couldn’t help but wonder why the contestants had approved it in the first place.

We have no say in who will be our next prime minister, at least not before the next general election. And as all the runners and riders made it absolutely clear, whoever emerges victorious from this unseemly argument on the playground, there’s no prospect of either of them going to the country any time soon.

Meanwhile, the 200,000 card-carrying Conservative members will only make the final decision after Tory MPs reduce the field to two.

Even if some of the dedicated envelope fillers, door knockers and flea market organizers were keen to vote for Sajid Javid, Nadhim Zahawi or Sue Ellen Braverman, they were unlucky. They were all eliminated, but we knew that would happen before the TV debates. 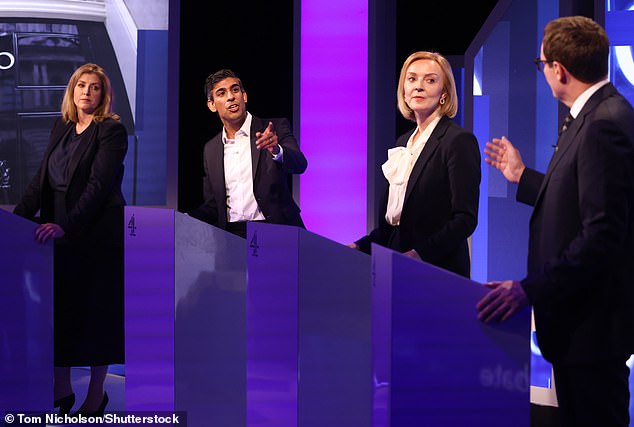 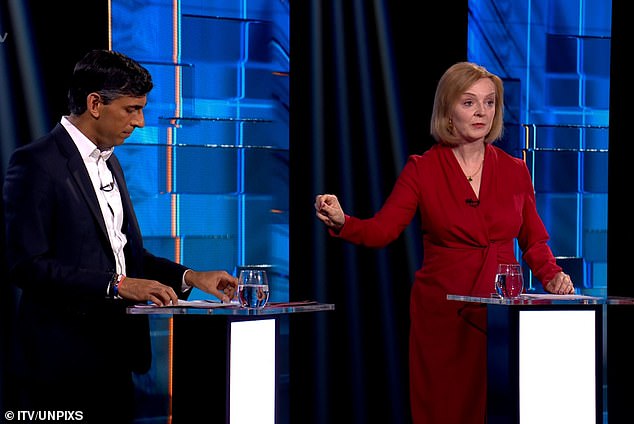 Opting for damage control, Sunak (left) and Truss (right) pulled out of the Sky debate yesterday. It’s the best decision they’ve both made in weeks

Each of the candidates has campaigned in a series of private hustings in front of Conservative MPs. So why expose yourself to television, especially in front of a studio full of hostile suitors you’ll never choose in a million years?

Friday’s crowd looked like they had been handpicked from the Islington branch of Momentum.

Wisely, Sunak and Truss chose damage control and pulled out of the Sky debate yesterday. It’s the best decision they’ve both made in weeks.

Especially since she would have had to face a barrage of questions about honor and morals from presenter Kay Burley, herself suspended from work for six months for breaching lockdown restrictions, while celebrating her birthday in Soho with Sky’s political editor Eleanor, among others Rigby, also sent to the bucket of shame in disgrace.

But in the amoral world of television, neither Burley nor Rigby have any scruples about mounting their high horses and branding the Tories as corrosive, dishonorable and illegal.

Why give them the satisfaction? Congratulations to Sunak and Truss for putting a stop to this irksome circus. After the candidates tore each other lumps on Sunday night, a time of sober reflection is long overdue.

On ITV, Fizzy Lizzie has regained at least some of the spark that appeals to the grassroots. But exchanging insults on live television is hardly the best way to impress the faithful, let alone the pending voters who will decide the next general election. People don’t vote for hopelessly divided parties.

As Sky News said in a statement: “Conservative MPs should be concerned about the damage debates are doing to the Conservative Party by exposing disagreements and divisions. . .’ 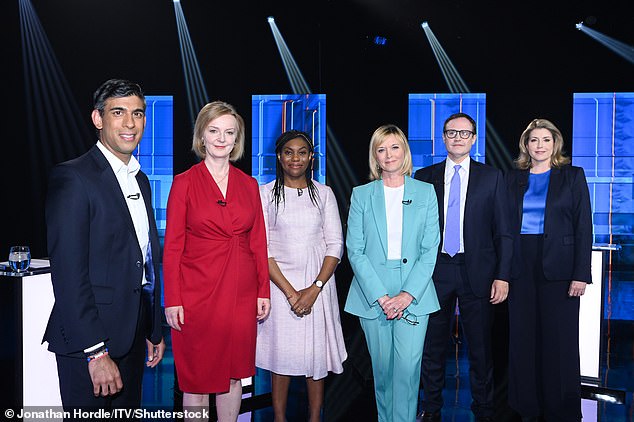 Or, as a leading light in one of the candidate’s inner circle admitted, “It’s not a brilliant thing to flagellate yourself three times in five days on live television.”

As I wrote on Friday, candidates need to be scrutinized, but a three-man televised clown fest isn’t the best way to do it. Television always produces only sound and anger.

The most relevant revelations about the true character and politics of the hopefuls have been uncovered by diligent investigative newspapers and by the evidence of those who worked closely with them, such as Lord Frost and Anne-Marie Trevelyan.

Penny Mordaunt’s early appeal, which put her in first place at the base, was revealed to be an illusion. When it started looking like she might be our next PM, I started working on a nickname. Penny for your thoughts, penny arcade, penny lane? But from what we now know, here’s what I’ve decided to do: 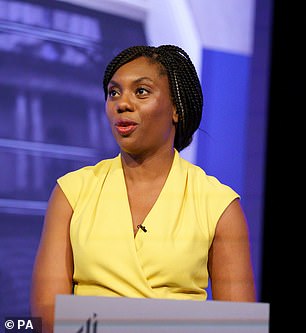 One person who has emerged from the debates with improved standing is the virtually unknown Kemi Badenoch. She could be the next Tory leader either if they lose the next election or after gaining experience in a serious Cabinet job.

Like the other candidates, however, she would do well to stick to Ronald Reagan’s sacred dictum not to badmouth other conservatives.

That’s why getting rid of the superficial, nasty TV debates is the only sensible thing to do.

Watching both C4 and ITV over the weekend there seemed to be something missing, a certain star quality. Polls of party members show there is still one Tory politician who would make it if allowed to attend.

As Box Office Boris reminded us yesterday with his barnstorming farewell in the House of Commons, there is no show without a punch.

Thanks to the current enthusiasm for Britain’s revitalization, there’s plenty of animal magic for Gary to master today.

Thousands of beavers are now back on river banks, busily building dams in flood plains that are woefully neglected by the Environment Agency.

In the Norfolk holiday resort of Cromer, the council employs a herd of Bagot goats to help hold down the grass on the cliffs. They’ve proved so popular they even have their own Goats on Slopes merchandise, including tea towels, mugs and keyrings. 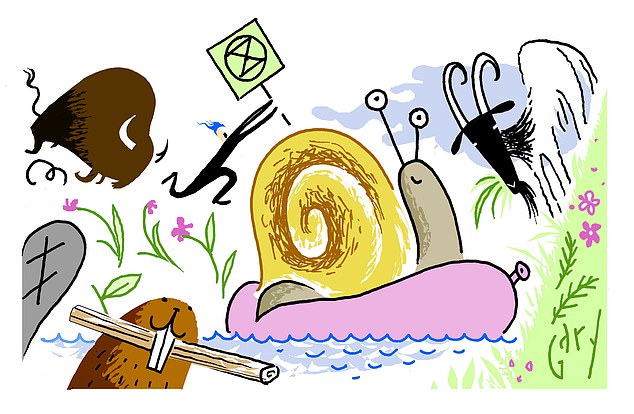 Elsewhere, rare giant African land snails have been spotted near London Bridge Station, where they will have no problem staying within the 20mph speed limit. They are believed to have taken the train from Kent, having arrived by dinghy from France. These monster slugs are among the most dangerous slugs in the world and should not be approached as they harbor the rat lungworm which can cause meningitis. When they recently surfaced in Florida, an entire county was placed on an emergency lockdown.

Meanwhile, wild bison are being reintroduced in Kent, 6,000 years after they went extinct in Britain. Apparently, they will help fight climate change by “creating biodiversity and habitat resilience and locking in carbon.” But what if they decide to head to the border and rampage around the M25?

Still, it might help discourage XR activists from gluing themselves to the highway lest they be trampled to death by an onslaught of bison. This is what I call an extinction rebellion. 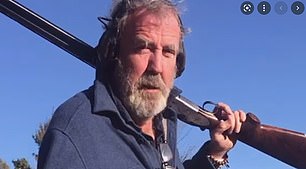 Police are reporting a series of raids on farms across the country believed to have been carried out by a gang of Romanian balaclava-wearing crooks.

Farm shops are considered soft targets. They stole £16,000 in cash from a night safe in Staffordshire.

How long before they turn their attention to Clarkson’s Farm? That could be a big mistake. Jezza is a sharp shot and would happily give them both barrels.

If they try to rob Clarkson, I guarantee he’ll give them the full Tony Martin and they’ll be lucky if they get away with Diddly Squat. 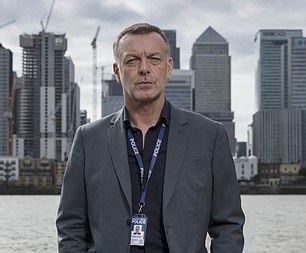 BBC police drama London Kills has been shelved after its star Hugo Speer was accused of “inappropriate conduct” while filming another show.

Plans to film a new series in September were scrapped when a young woman claimed a stark naked Spear invited her to his trailer.

Oddly enough, this wasn’t on the set of London Kills, but when Speer was working on a Disney+ remake of the hit 1997 film The Full Monty, about a troupe of laid-off steelworkers who turn to stripping to make a living. Maybe Speer just got into the role. The clue is in the name. However, the woman was startled at the sight of Hugo’s spear and complained to the producers, who canceled his contract. Speer denies the allegations. Perhaps he should have claimed that he defines himself as female from now on, despite sporting a whole host of wedding paraphernalia.

He would have had the support of everyone from Keir Starmer to Penny Mordaunt and the charge against him would have been dismissed as a hate crime.