President Biden has been blasted for his handling of the border crisis when nine migrants died trying to cross the Rio Grande Texas to gain access to the United States.

Congressman Tony Gonzales, whose district includes much of the border area, criticized Biden for the tragedy.

He and other officials have called for the President to visit the border to see the problem first-hand.

37 of the migrants were rescued trying to cross the Rio Grande to the United States.

Officials today confirmed nine of the migrants were found dead, three by Mexican authorities and another six by US agents. 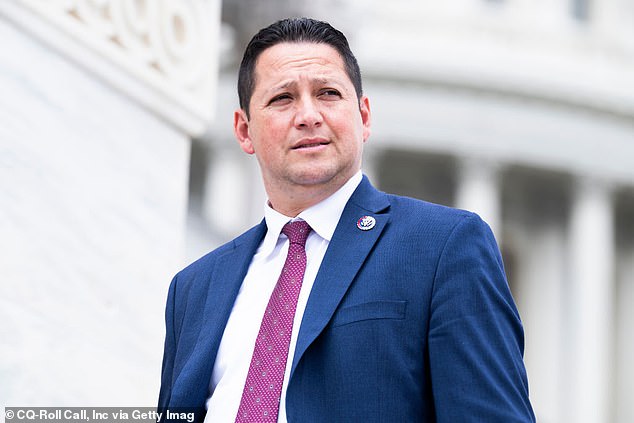 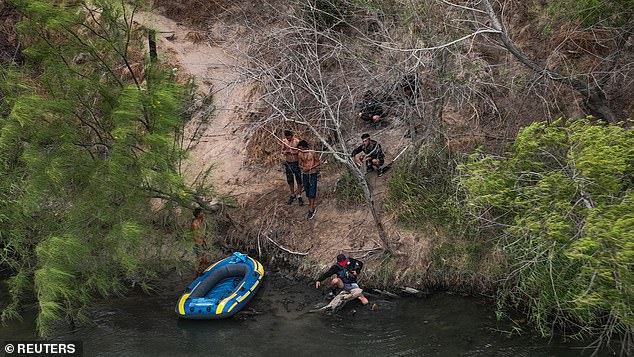 Authorities have confirmed that nine migrants died trying to cross the river, including 13 and 14-year-olds from Guatemala and two 16-year-olds from Mexico 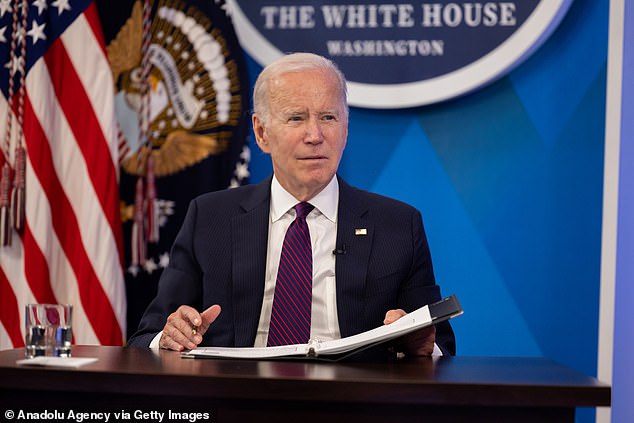 Mexican authorities took 39 people into custody and border guards arrested 53. President Biden has been criticized for his “open border” policy

Posting on Twitter, Gonzales said: “53 DEATHS in a truck, 53 in a river, countless deaths in ditches, ravines and in the desert throughout #TX23…. how many more must die before Biden visits the border?”.

37 of them were rescued trying to cross the river to gain entry into the US, with Customs and Border Protection Air and Navy officials helping with the mission.

The Mexican authorities took 39 people into custody. The tragedy came after 53 migrants were found dead in a semi-truck in San Antonino as they desperately tried to cross the border illegally.

It comes after Chicago Mayor Lori Lightfoot called Texas Gov. Greg Abbott a “racist” after he announced he was bringing illegal migrants into the city.

Lightfoot, a Democrat, attacked the GOP governor despite repeatedly bragging that Chicago is a “sanctuary city” because 60 people arrived there on Wednesday, August 30.

Texas has bused more than 7,000 migrants to Washington DC and New York since April and spent nearly $13 million on the initiative.

They’re also haven cities that claim to offer extra protection to illegal immigrants – but the sudden influx has started to strain the services the cities can offer. 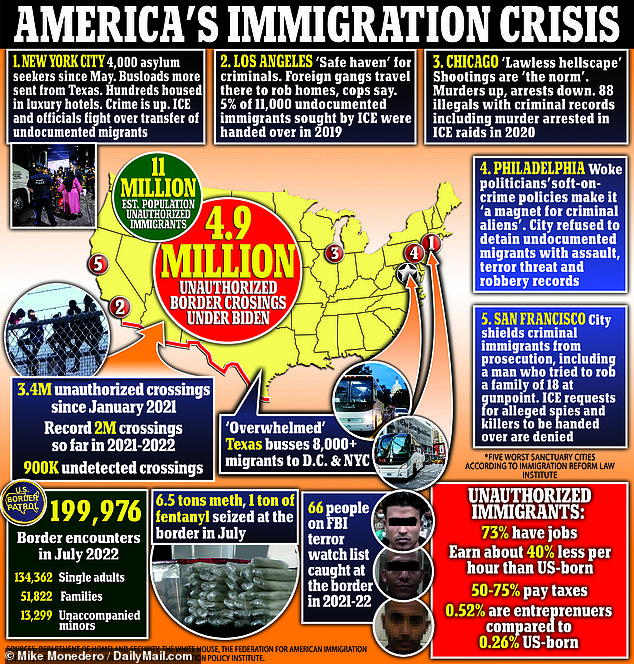 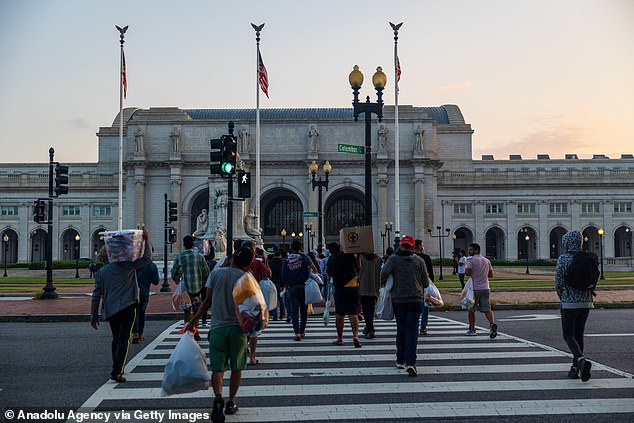 Immigrants walk towards Union Station after arriving in Washington, DC last week after being bussed across the country from Texas on orders by Texas Gov. Greg Abbott

Abbott says he wants to give these Democrat-run cities a taste of what lax border policies are doing to cities in the Lone Star State.

The state has paid $12,707,720.92 to Wynne Transportation, the charter service that takes migrants to the various cities.

Buses have taken more than 7,400 migrants to DC since April and more than 1,500 to New York City since August 5.

Governor Abbott took another swipe at President Biden’s immigration policy when he announced he would send the first bus to Chicago.

He also called out Lightfoot, saying, “President Biden’s inaction on our southern border continues to endanger the lives of Texans – and Americans – and overwhelms our communities.

“To continue to provide much-needed assistance to our small, overcrowded frontier towns, Chicago will join other shelter cities … as an additional drop-off location.

“Mayor Lightfoot loves to emphasize her city’s responsibility to welcome everyone regardless of legal status, and I look forward to seeing that responsibility in action as these migrants receive resources from a safe haven city that is able to serve them.”

Abbott, who is seeking a third term in November’s midterm elections, says the buses are needed because Democratic President Joe Biden failed to secure the border with Mexico.

Abbott’s office said migrants would only be transported out of the state with their written permission, though it’s not clear what other options the migrants were offered.

Since Abbott began the bus effort, the Democratic mayors of Washington and New York City have been vocal in pleading for state support. 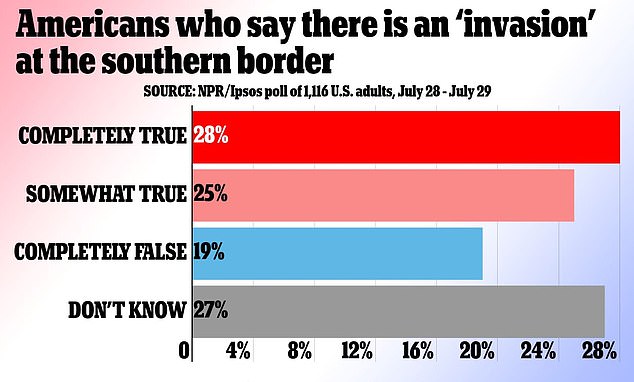 The poll shows that more than half of Americans have thoughts of “invasion,” while another third express concerns about being “replaced” by illegal immigrants 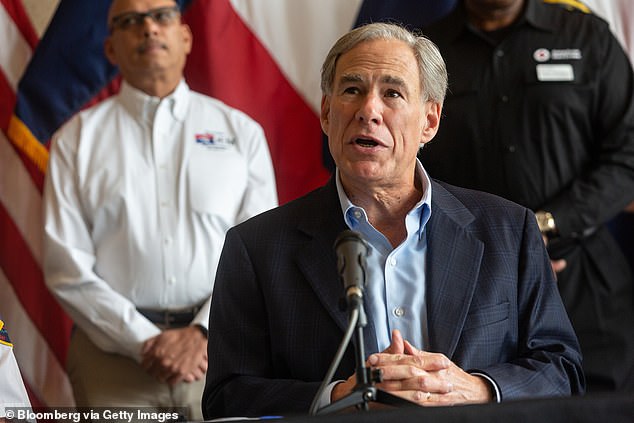 Texas Gov. Greg Abbott announced that the state had sent the first busload of 100 migrants to Chicago on Wednesday (stock photo). 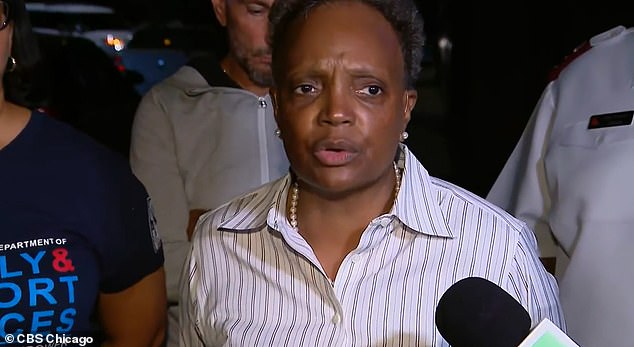 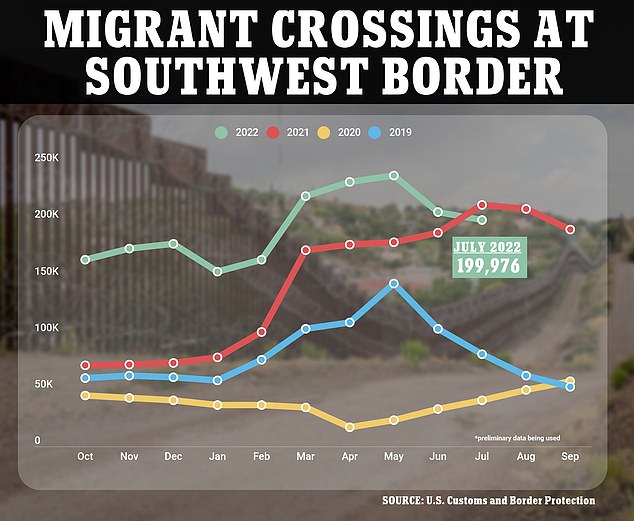 It has also led to a war of words between New York City Mayor Eric Adams and Abbott.

Manuel Castro, the commissioner for the Big Apple’s office of immigrant affairs, has accused Abbott of putting security on buses to prevent migrants from getting off the bus before they reach their destination.

In Washington DC, newly arrived migrants in the capital are struggling to find permanent housing and medical care.

The White House has said Abbott’s efforts, and a similar push by Arizona Gov. Doug Ducey, another Republican, are sowing chaos and using migrants as political pawns.

But last week, the Democrat-run city of El Paso, Texas, also sent a bus full of migrants to New York City and planned to send one to Chicago.

The Federation for American Immigration Reform (FAIR) says the record flow of people into the US since Biden took office includes 3.4 million border crossings at the Southwest border and 900,000 others who snuck in there undetected.

The startling number adds to growing unease that the Biden administration is sleeping at the wheel as record numbers cross the southern border along with drug and terror suspects, leading a majority of Americans to conclude this amounts to an “invasion.”

FAIR President Dan Stein said the influx of nearly 5 million people was equivalent to “the entire population of Ireland” who have entered the US illegally since January 20, 2021. He accused the government of “sabotaging our nation’s immigration laws.”