Penny Mordaunt was plunged into a new controversy over transgender rights after a leaked document suggested she supported moves to allow gender self-identification.

In the TV debate on Friday, the Tory The lead candidate said she was “never in favor of” letting people choose their own gender with minimal medical involvement. But The Mail on Sunday has obtained a secret document that suggests she wanted to relax the rules.

The filing was prepared by officials in July 2019 when Ms Mordaunt was Equality Minister. In it, officials tell her: “It has been very helpful to clarify several elements over the past few weeks as you plan to reform the Gender Recognition Act” – including the “ministerial agreement to eliminate the need for a gender dysphoria diagnosis”.

Currently, people who want to change gender must prove they have the condition – meaning they suffer because of a mismatch between their biological sex and gender identity – and report what medical treatment they received. A gender recognition panel then decides whether the applicant can officially change the gender. 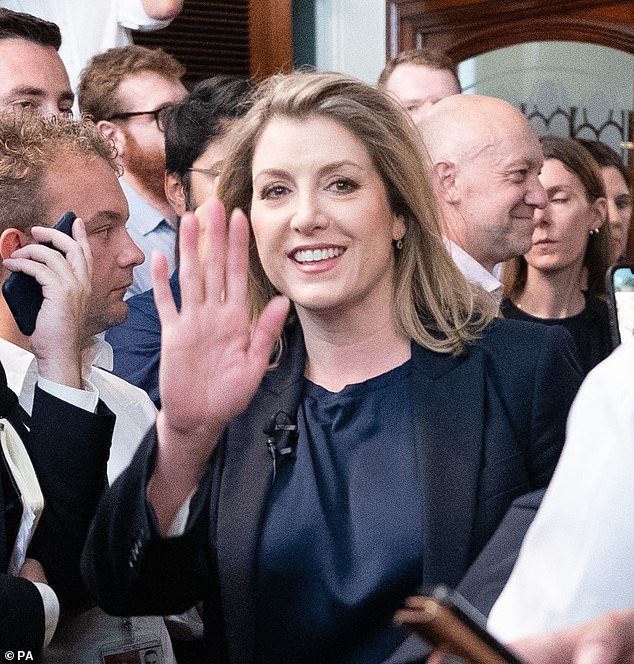 However, some trans activists are calling for a “self-identification system” that doesn’t require medical diagnoses.

The document said Ms Mordaunt had suggested that “any form of medical requirements” could remain part of the process but be limited to an assessment of whether the person was “in their right mind”.

And it adds: “I think the ‘common sense’ test needs more work – in terms of who would administer it, how it would be administered… more generally, I think there is still significant public and political debate to be had to guide about how far we want to move towards self-identification for the transition.’

A senior source last night claimed the memo contradicted the Trade Secretary’s insistence during the Channel 4 debate that “I was never pro-self-identification”.

But Ms Mordaunt disputed that interpretation, with a source close to her campaign saying the document matches her view that she believes in a medical component to sex reassignment surgery. In the televised debate, Ms Mordaunt said she had not divorced [gender redefinition] from healthcare.”

But rival contestant Kemi Badenoch said while “I’m not going to call [Mordaunt] a liar, I think it’s very likely that she really didn’t understand what she was signing because it’s a very complex area.

The trade secretary has long been a vocal supporter of the trans community, which she has consistently followed throughout the campaign. Last night she faced more questions on the subject after The Mail on Sunday revealed that Sue Pascoe, a key supporter of her leadership campaign, is a strident trans activist who once seemed to compare a feminist author to the Nazis.

The leaked document emerged as the race between Ms Mordaunt and Foreign Secretary Liz Truss heated up over one of the last two candidates – according to Ms Truss’ allies to “a handful of MPs”. Former Chancellor Rishi Sunak is the clear leader of the parliamentary party, but polls show he would lose to either woman in the latest two-way race in the postal vote of 160,000 members.

Government sources said last night that Ms Mordaunt appeared to want to announce reforms to the process before Boris Johnson succeeded Theresa May on July 24, 2019. 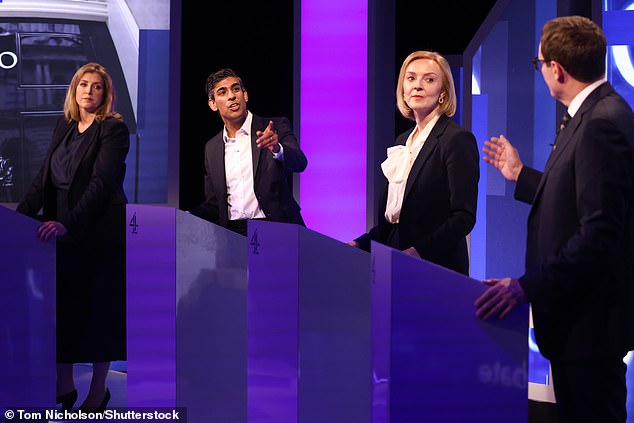 The new line came out as:

Seven months after Ms Mordaunt was ousted from her post, the decision was made “no longer … to proceed with self-identification”, according to further leaked documents.

The move came because Ms Truss – who up until then held the equality letter jointly with Ms Badenoch – “did not support a move towards self-identification”.

The 2019 document warns Ms Mordaunt that trying to announce changes without broader government endorsement “leaves us constitutionally and politically exposed”, adding: “The alternative is for you to set out what you want to achieve and albeit more in a personal capacity, and acknowledging this they will seek the support of the incoming Prime Minister to achieve this.”

Last night, a source close to Ms Mordaunt dismissed claims that the document indicated she was pro-self-identification, pointing out that there was the line “You… stated that you would like some form of medical requirement remains part of the document process – specifically some sort of assessment that the applicant is ‘healthy’.”

The source said: “The document you sent us showed, despite what officials may have suggested, that ministers were insisting on some sort of medical obligation to stay. This is clearly stated on page two of the document and was the view of everyone in the ministry at the time and confirms that ministers were not in favor of self-identification.’