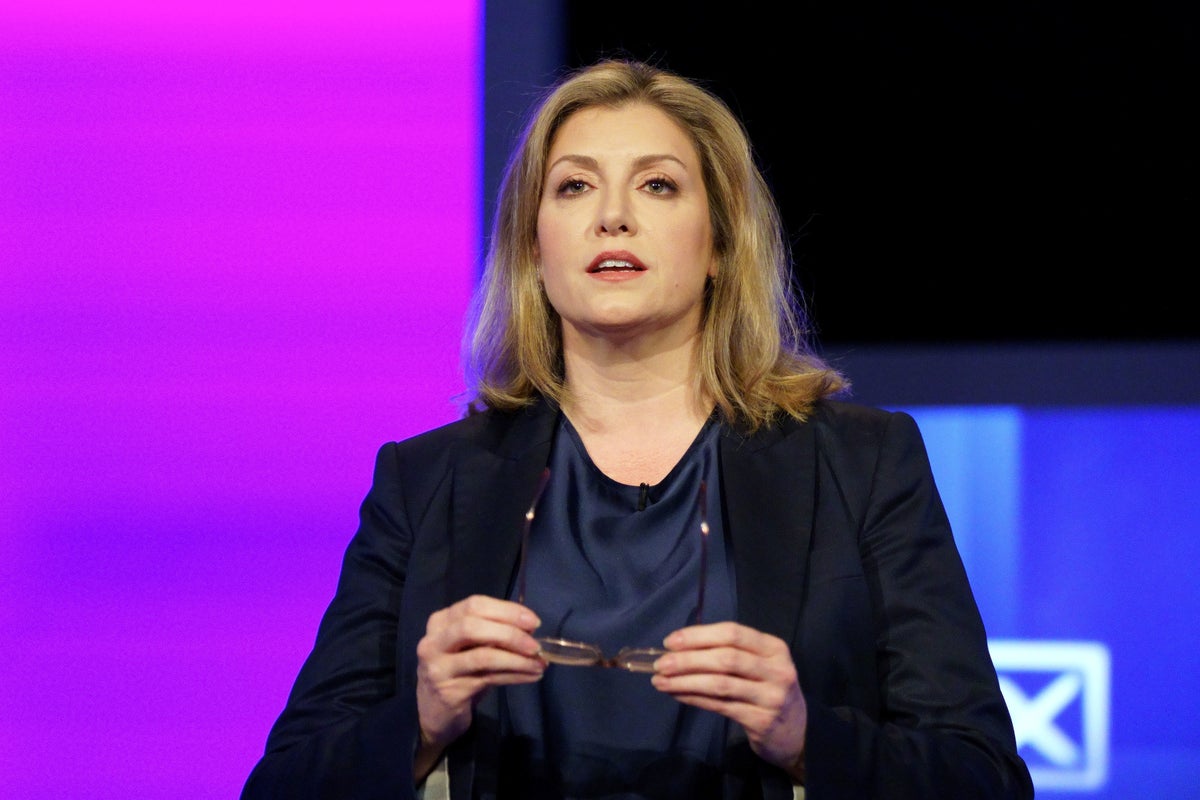 Penny Mordaunt has repeated her infamous false claim that Britain could not stop Turkey Joining the EU – insisting that the veto would not have been used.

The Tory leadership contender who is also facing Allegations of dishonesty over her stance on trans rightsHe has been accused of ignoring “facts of fact” that the EU treaty allows for a ban on new members.

Confronted with an interview from 2016 Brexit Referendum – when the Leave campaign wanted to raise alarm about migrants from Turkey – Ms Mordaunt replied: “The clip says it as I see it.”

On the BBC’s sunday morning During the programme, Tory members’ favorite candidate was warned that Article 49 of the EU Treaty gives any country joining the bloc a veto.

But she argued the deciding factor was DavidCameron‘s signal to Turkey that he wanted the country to join, claiming “The British people had no say.”

Ms Mordaunt said: “David Cameron had promised Turkey that the UK would support its accession to the EU.

“Just because there is a provision in a treaty does not mean Britain could ever have used it.

“And to have tapped into government policy in the commitments he made to Turkey – a key Nato Ally – would have been crazy.”

However, Mr Cameron had said publicly that he believed Turkey’s accession to the EU was decades away and not a possibility in the near future.

He is believed to have hinted he would not use the UK’s veto to avoid a backlash from the country with security implications – while knowing another EU country would use his veto.

In the interview, Ms Mordaunt also dismissed claims she was trying to push through a change that would allow people to change gender without a medical diagnosis as “smears”.

“That has been refuted several times. We all know what’s going on. That’s the kind of toxic politics that people want to get away from,” she said.

“We did a consultation. We asked healthcare professionals what they think about the situation. This is the section I have been in charge of. I led this consultation. We didn’t actually create a policy on my shift.”

Ms Mordaunt also described her proposals to halve the VAT on petrol and raise tax thresholds as “modest” changes – in contrast to the dramatic tax cut plans of some of her competitors.

“We need to show that there is immediate targeted support for people. We would have to adjust our tax projections, but it’s absolutely necessary,” she said.

Admitting that borrowing needs to increase for day-to-day expenses, she said: “We’re going to have to do that for some time. The most important thing is this debt [to GDP] The ratio will decrease over time.”