Through Claire Ellicot for the Daily Mail

Concerns about removing the words ‘mother’ and ‘wife’ from a new law on maternity leave were dismissed by Penny Mordaunt, cultural secretary Nadine Dorries claimed yesterday.

She said the Tory leader “dismissed” criticism of using the term “person” instead.

Ms Dorries’ intervention will raise further concerns about the international trade secretary’s “awakened” views after she was accused of not advocating for women. She said Miss Mordaunt had refused to even discuss it with other ministers Liz Truss and Kemi Badenoch — who now face her in the leadership contest — the changes she proposed.

She wrote on Twitter: “I have a WhatsApp exchange trying to get in touch where Penny again dismisses the issue of deleting and replacing the words ‘mother and wife’ [them] with person – instead he urges me not to focus on that but on the positive. 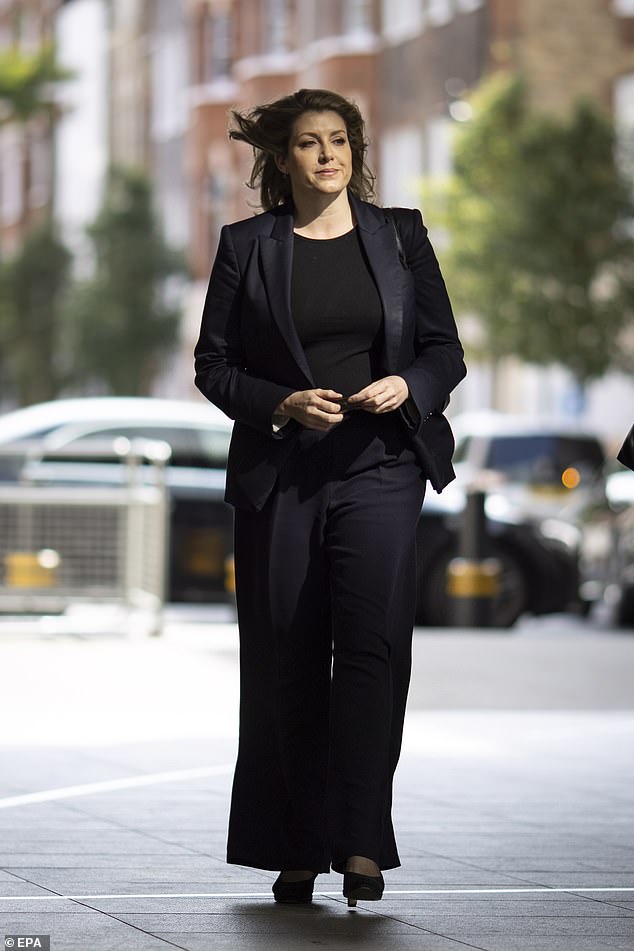 ‘I called her. She told me that the legal position regarding the Equality Act meant that a woman could not be referred to as a wife or mother in the legislation. That wasn’t true.

“I have appealed to No10 to intervene. I believe Liz and Kemi did the same. When Liz took over the portfolio and further pressure from the Lords changed the wording.’ Ms Dorries added: “We all have different opinions on many issues. That doesn’t make them right or wrong or grounds for attack, but points of discussion in a thriving, civilized democracy.’

It came after Miss Mordaunt claimed she was the victim of “swabbing” after a leaked document suggested she had changed her position on transgender issues.

The former defense secretary tried to shrug off questions about her past views after saying she has never supported gender self-identification – which says that a person should be able to determine their gender identity without medical requirements.

The leaked document suggested that she was indeed in favor of removing at least one element of the medical process required for legal gender change. Miss Mordaunt clashed in a televised debate with Miss Truss and Mrs Badenoch after they claimed they had reversed the policy she championed as Minister for Women and Equality.

Last week she was accused by eliminated leadership rival Suella Braverman of not advocating for women.

Attorney General Ms Braverman said she disagreed with Miss Mordaunt’s previously expressed stance that a “trans woman is a woman”.

She said: “Penny is a very good politician, I disagree with Penny on a couple of key issues in relation to one specific issue – ie the Maternity Bill which was passed last year. I have to say that Hansard [official report of Parliamentary debates] and the records show that Penny Mordaunt, as Secretary of State for the Bill – the Minister responsible for passing that Act – opposed and resisted the inclusion of the word ‘wife’ and the word ‘mother’, only yielding after unbearable pressure from the House of Gentlemen .

“I was quite disappointed with the way it was handled and unfortunately the minister responsible did not advocate for women and did not really reflect the views of many of our party that women should be authentically represented in the face of the bill and in the Legislation.’ Miss Mordaunt has previously stated that trans women are women – but has avoided repeating the claim during the competition to replace Boris Johnson.

Nikki da Costa, a former Director of Legislative Affairs No10 and a supporter of Ms Badenoch’s campaign, said: “We saw an almost full 180 [degree turn] by Penny. She needs to come clean and say how her views have changed.