The disease, which affects about 700 men each year, can be cured if caught early, with little impact on sex life.

But studies show that half of all penile cancers are diagnosed at a late stage — when the organ is impossible to salvage. And a fifth of patients die from the disease.

The cancer is often mistaken for a sexually transmitted infection by family doctors and sex nurses because the first symptoms are usually small lesions or red spots.

“This is a relatively rare cancer, so most GPs will only see it two or three times in their career. Also, there are many relatively harmless diseases that cause red spots on the penis that aren’t cancer, so doctors really need to know what to look for.” 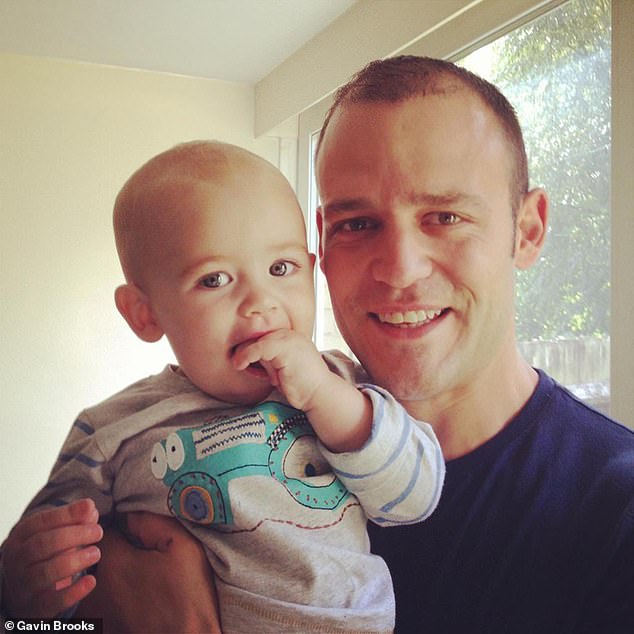 One man diagnosed late with penile cancer is Gavin Brooks, 44, from Crewe, who started showing symptoms in July 2021. The army officer noticed that the skin around his foreskin began to swell. (He is pictured with his son Jorje)

Mr Parnham and other urologists are calling for GPs to be better educated about the disease to reduce late diagnosis. “This disease kills men every year but we never talk about it,” says Marc Lucky, consultant urologist and surgeon at Aintree University Hospital NHS Foundation Trust in Liverpool.

“The NHS needs to do more to ensure these patients are diagnosed and treated early.”

Doctors believe there are two main causes of penile cancer. Human papillomavirus (HPV), a sexually transmitted infection that causes a number of other cancers including cervical cancer, is believed to be responsible for about half of cases.

It is estimated that eight out of ten people will get HPV at some point. Normally, the virus lives harmlessly on the skin and mucous membranes of the body – in the mouth and around the genitals – and causes few problems. Eventually the immune system clears it. But in rare cases, it can trigger changes in cells that become cancerous.

After the introduction of the HPV vaccine in 2008 for teenage girls and in 2019 for boys, experts predict that cases of penile cancer will eventually decline as fewer men will be susceptible to the virus.

However, it is believed that the other half of cases are triggered by skin damage. Conditions such as phimosis and lichen sclerosus, which cause inflammation around the foreskin, can lead to the formation of cancerous cells. For this reason, circumcised men are significantly less likely to develop penile cancer.

Signs of cancer typically appear first at the tip of the penis, either as red patches or white raised patches. At this stage, surgery may be performed to remove the cancerous tissue, leaving the organ mostly intact. The longer the disease goes untreated, the more invasive the surgery becomes.

One of the most common surgeries to fight cancer is to remove the glans. This is then replaced with a skin graft from the thigh. 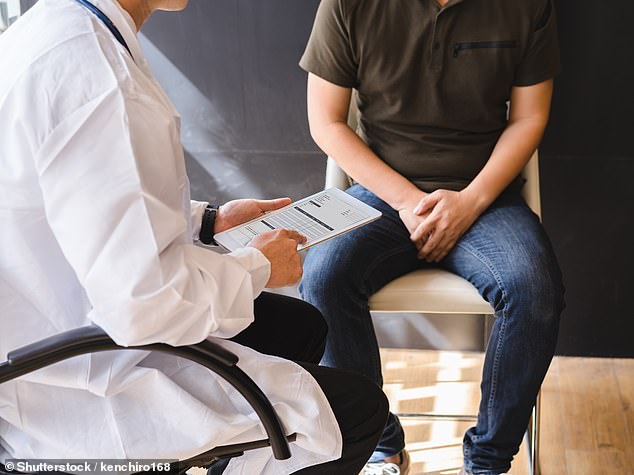 The disease, which affects about 700 men each year, can be cured if caught early, with little impact on sex life. But studies show that half of all penile cancers are diagnosed at a late stage — when the organ is impossible to salvage. And a fifth of patients die from the disease. (file photo)

“It sounds strange, but it has surprisingly good results,” says Mr Parnham. “If you were in a public shower, no one would notice a difference at first glance.”

This procedure is called “penis-conserving” surgery—that is, the organ is still functional.

But the figures show that in many cases the disease itself is recognized too late. An analysis conducted by Mr. Parnham in 2009 found that 47 percent of men with penile cancer were diagnosed too late for penis-conserving surgery.

This means these men had cancer that had spread through the organ, meaning the entire penis had to be removed.

Early diagnosis is also crucial because if the cancer spreads to the groin, it becomes fatal.

“The average survival rate when the cancer is in the penis is about 90 percent, but when it reaches the pelvis [the bone structure around the groin] that falls to less than 30 percent,” says Mr. Parnham.

Experts say some sufferers put off seeing a doctor because they don’t feel comfortable talking about their genitals.

“If you had a dodgy mole on your shoulder you’d ask your friends at the bar what they think, but if it’s your penis you’re more likely to keep it to yourself,” says Mr Lucky. “You wouldn’t believe how many men come forward after their wives tell them.”

One man diagnosed late with penile cancer is Gavin Brooks, 44, from Crewe, who started showing symptoms in July 2021. The army officer noticed that the skin around his foreskin began to swell. “It was like there was a rubber band around it. After a month the swelling had gotten worse. It got really painful and would cut easily.’

Gavin, a single father of two, eventually went to his GP but was initially told there was nothing to worry about. “He told me it was probably thrush [a common yeast infection] and would walk away.’

But after a second opinion at a sexual health clinic, he was referred to a urologist, who diagnosed cancer. But that didn’t come until December, five months after his symptoms began.

He says the diagnosis came as a shock. “I had never heard of penile cancer before,” he says.

Gavin has since had two surgeries and is now on chemotherapy after the cancer spread to his groin. He says he now has to sit down to use the toilet because of the extent of the surgery.

Gavin has set up an Instagram page to raise awareness about the disease and hopes more men will get in touch sooner if they experience penile cancer symptoms.

What is the difference between… sarcoma and carcinoma?

Sarcoma and carcinoma are both types of cancer. Cancer develops in cells that line organs – such as the kidneys, liver, skin, breast or prostate – and cavities such as the chest and abdomen.

Examples include basal cell carcinoma, a common skin cancer, and most breast cancers. Around 85 percent of cancers are carcinomas.

Sarcomas are less common. This type of cancer starts in connective or supporting tissues such as bone, cartilage, fat, muscle or blood vessels.

Less than one in 100 cancers diagnosed each year are sarcomas. Soft tissue sarcomas usually affect the abdomen, arms, or legs.