A pediatrician who misdiagnosed a five-year-old girl’s fatal appendicitis as stomach poisoning and sent her home has been fired with a warning.

Elspeth Moore told doctors her stomach “felt like it was on fire,” but Dr. Faye Hawkins fired her, telling her parents she simply had a viral infection.

Frances and Steven Moore then brought their daughter home without having received proper instructions on how to monitor her symptoms.

Two days later, after Elspeth’s condition worsened, she told her father “I love you daddy” just ten minutes before her eyes rolled back and she went into cardiac arrest.

Mr and Mrs Moore called an ambulance but their daughter was pronounced dead shortly after arriving at the emergency department at Southampton General Hospital at 00:05am on 6 July 2018.

An inquest was told that despite being diagnosed with viral gastroenteritis, Elspeth was in fact suffering from appendicitis, which progressed to peritonitis and sepsis.

dr Hawkins avoided a possible suspension or annulment of the order, although he failed to conduct a second assessment of Elspeth’s pain before dismissing her.

The Medical Practitioners Tribunal Service ruled that she can continue to practice as she has “learned from her mistakes and corrected them completely”.

Instead, she was given a warning for her serious misconduct. 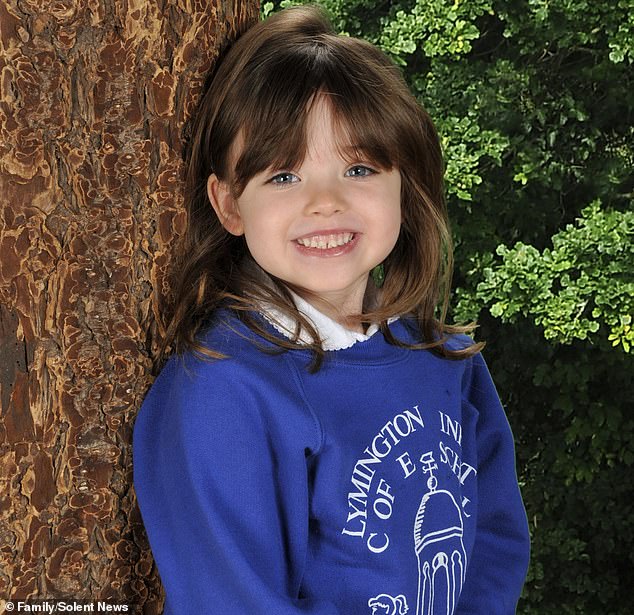 dr Faye Hawkins, who diagnosed Elspeth Moore (pictured), five, with a tummy bug when she was instead suffering from appendicitis, which developed into deadly strands of peritonitis and sepsis, has been given a written warning 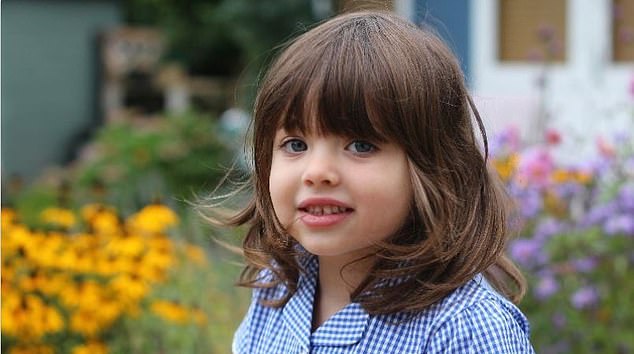 Elspeth’s parents, Frances and Steven, were not given proper instructions on how to monitor her symptoms when they brought her home 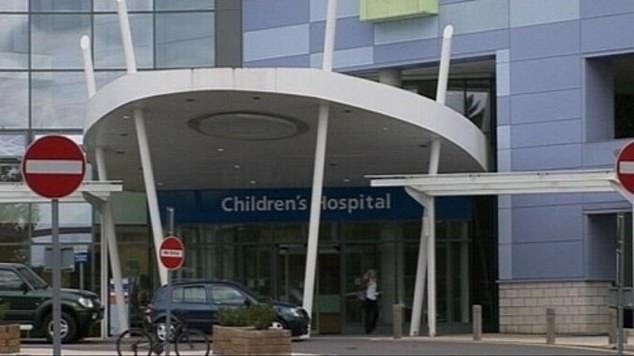 dr Hawkins, who was working as a consultant pediatrician at Southampton General Hospital (pictured) at the time, has “learned from her mistakes” and “corrected them completely,” the Medical Practitioners Tribunal Service ruled

The court heard that Dr. Hawkins was a consultant pediatrician in the Pediatric Assessment Unit at Southampton General Hospital, Hampshire.

On July 3, 2018, Elspeth was hospitalized by her mother after being sent home from school the previous day with diarrhea and her GP telling her to get an IV drip.

Appendicitis is swelling of the appendix, a two- to four-inch-long organ that connects to the large intestine.

Appendicitis can cause severe pain and needs to be treated quickly if the appendix ruptures, which can lead to a life-threatening condition.

In most cases, surgeons remove the appendix during an appendectomy — scientists aren’t sure why people need an appendix, but the removal doesn’t harm people.

The causes of appendicitis aren’t clear, but it’s thought to be caused by something blocking the entrance to the organ.

Symptoms include pain in the stomach, which later travels to your lower right side and becomes severe.

Pressing on this area, coughing, or walking can make the pain worse, and other symptoms can include nausea, vomiting, loss of appetite, diarrhea, and fever.

The Tribunal heard that Elspeth, of Lymington, Hants, had been suffering from abdominal pain for a week and had hardly eaten or drunk.

She had a fever of 100°F, an elevated heart rate, and was so dehydrated that she had dry lips and a coated tongue.

About an hour later, Elspeth was released, although Dr. Hawkins did not conduct a second examination or notice the “warning sign” symptom of lethargy in Elspeth’s notes.

The court heard the schoolgirl initially improved on July 4, but the following day, two days after her release, “her condition worsened” and she went into cardiac arrest.

An ambulance was called and Elspeth was taken to the hospital but could not be revived. The causes of death given were active peritonitis, sepsis and acute appendicitis.

The tribunal ruled that Dr. Hawkins had failed to adequately address Elspeth’s symptoms of lethargy, fatigue and high temperature during the initial consultation, namely “by failing to adequately consider and study these symptoms with them [Elspeth] and her parents failed Dr. Hawkins to provide a good standard of care.

The court ruled that this was “an omission amounting to serious misconduct”.

It added: “Prior to her release, she failed to adequately investigate [Elspeth]…she has not assessed her hydration status, checked for the development of other symptoms or signs of “red flags,” or performed a second abdominal examination.

The court found that this was a missed opportunity to conduct a second examination of Elspeth’s symptoms and described it as “seriously falling below expected standards”.

The court also found that Dr. Hawkins had failed to give “proper safety advice” about how often to monitor Elspeth’s pain and temperature. 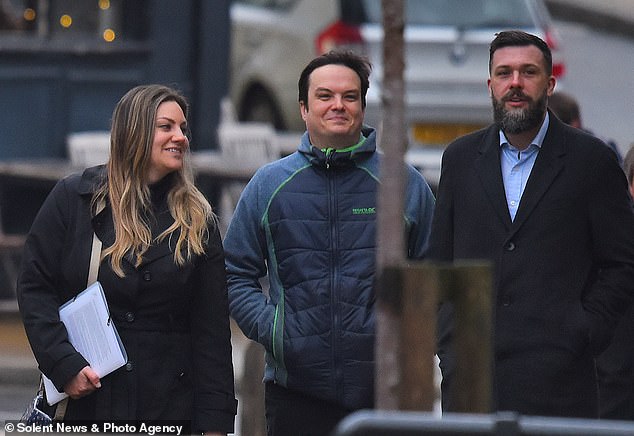 However, since this was an “individual case” four years ago and Dr. Hawkins “has successfully treated thousands of patients before and since,” the court found that her ability to work was unaffected.

It concluded: “The tribunal was impressed by Dr. Hawkins’ comprehensive remedial efforts and felt that Dr. Hawkins regarding their mistakes [Elspeth].

‘Dr. Hawkins has demonstrated a commitment to continued personal and professional growth with a focus on the events involved [Elspeth].

“The tribunal was satisfied that in the four years since her treatment [Elspeth]she has sought many ways to address the shortcomings identified in the case in a variety of ways in order to further develop and improve her practice.

“Given the fact that Dr. Hawkins has shown that she learned from her mistakes and corrected them completely, the court held that Dr. Hawkins could hardly have done more to demonstrate that her ability to work was no longer impaired.

“A determination of impairment is not required to maintain reasonable professional standards or maintain public trust.”

dr Hawkins was instead issued a warning. 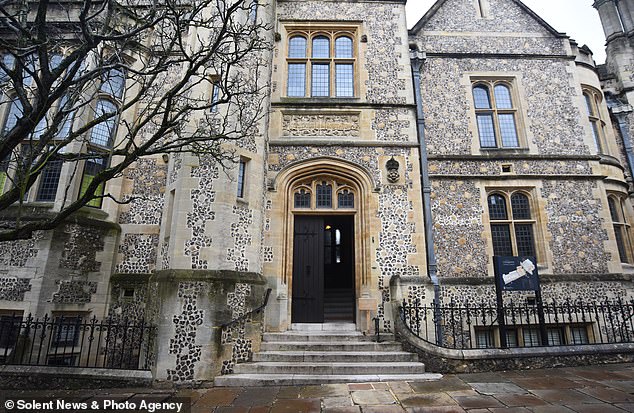 He said: “Considering the fact that we were freaked out when we arrived, and then actually being told that your daughter has viral gastroenteritis that’s going to find its way, I was actually quite relieved.

“We weren’t given any specific advice on when to come back or what to look out for.

‘[That evening] I stayed up, went to Elspeth’s room every half hour to check on her.

“I went in around 11pm and she was still awake.

“It may have been five or ten minutes later, I heard her make a strange noise like something was getting stuck in her throat.

‘I said ‘what’s that noise about Elspeth, that doesn’t sound right.’ She did not answer.

“I said, ‘Want to sit up, darling?’ I put her on and her head fell back and she rolled her eyes.’

Central Hampshire Coroner Grahame Short recorded the cause of death as “natural causes”.