This is the moment a passenger plane crashed in Somalia’s capital Mogadishu and burst into flames – while those on board miraculously escaped with their lives.

All 36 passengers and crew were rescued from the plane, Somalia’s civil aviation authority said yesterday.

A video captured of the scene showed the plane upside down after apparently tipping over during the pilot’s attempt to land at Adan Adde International Airport.

Black smoke and flames billowed as fire engines approached on the runway. 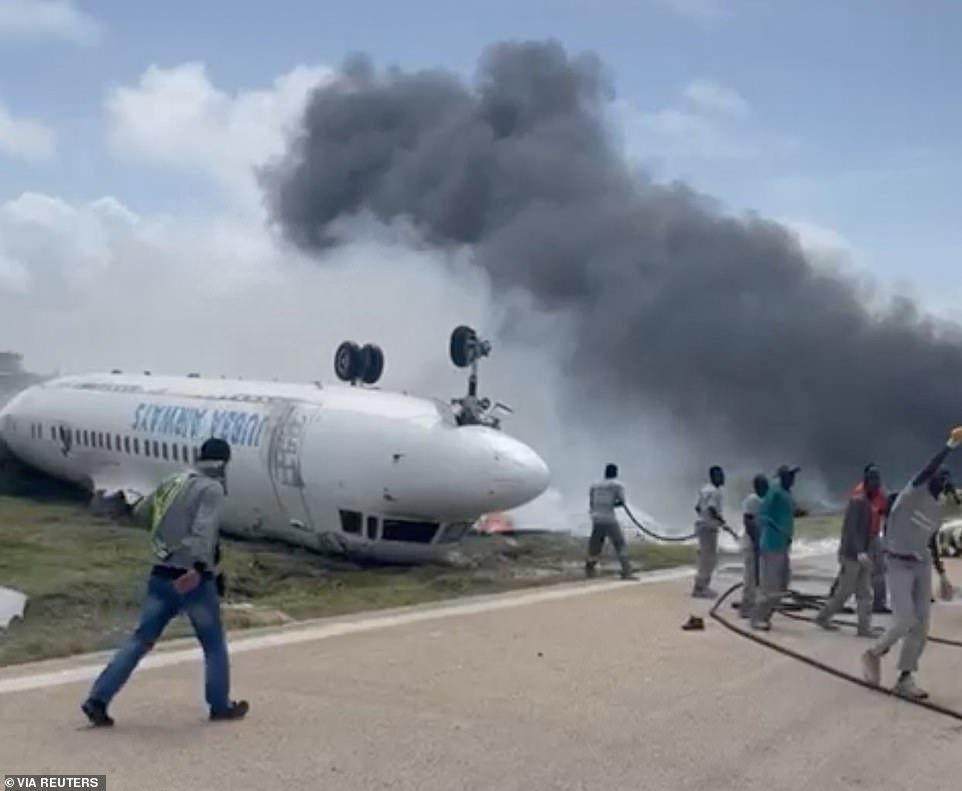 The Fokker 50 plane was seen upside down yesterday after overturning during an attempt to land in Mogadishu, Somalia 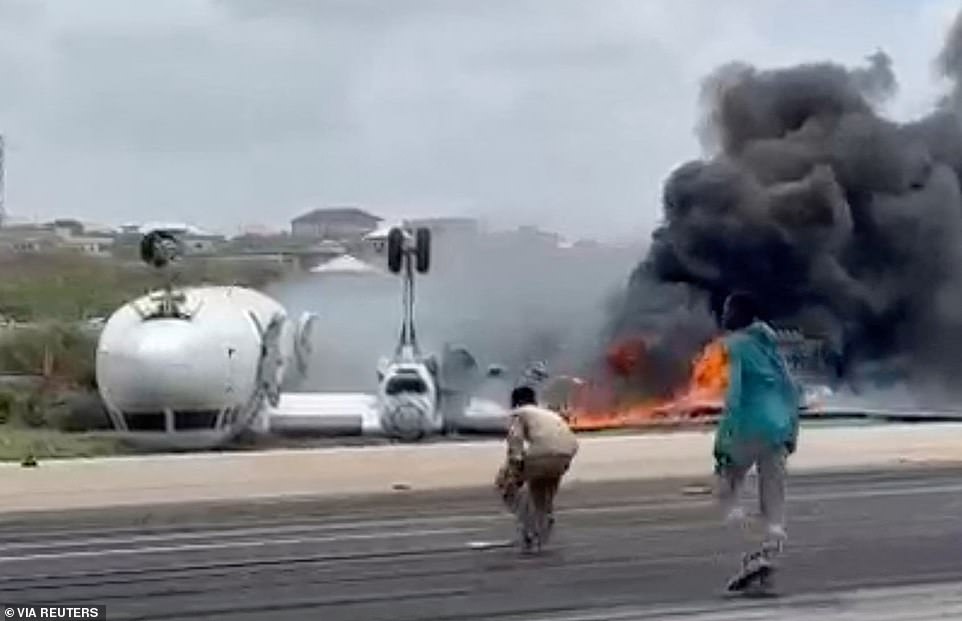 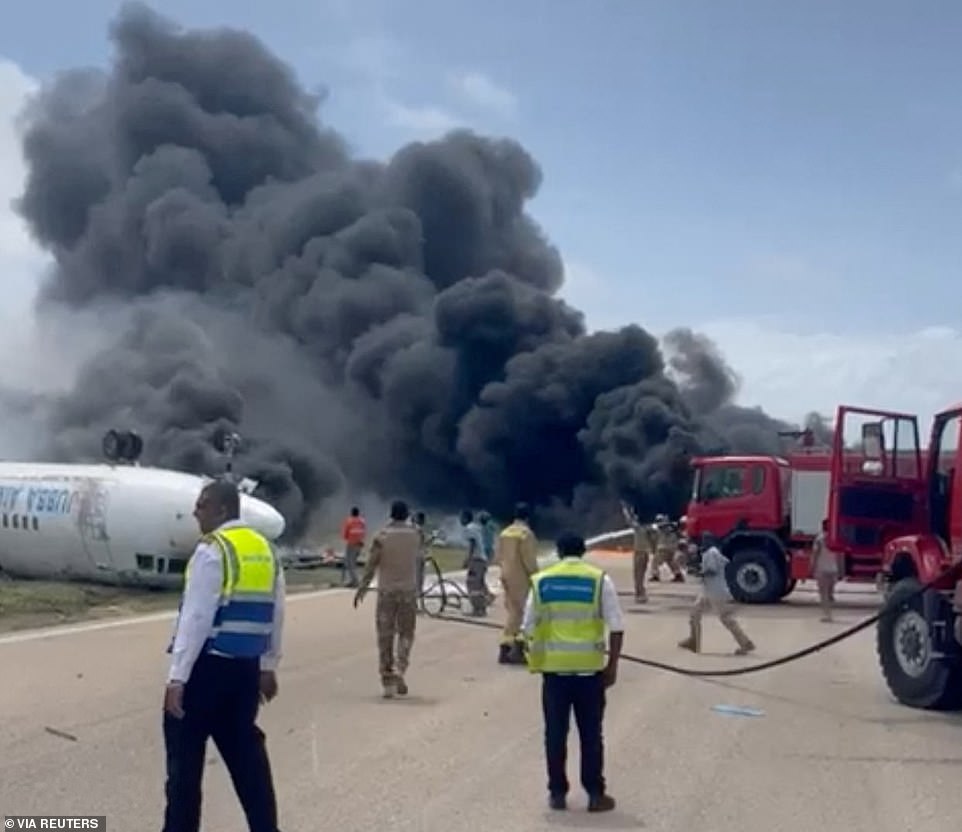 Emergency services stepped in as they rescued occupants from the burning plane, which crashed around 11.30am

Debris from the crash was sighted scattered across the runway.

“We applaud the swift action of the Somali Fire Brigade at Adan Adde International Airport for their swift action in rescuing and saving lives,” said a spokesman for the Intergovernmental Authority on Development, an eight-country trading bloc that includes Somalia. The Washington Post reports.

The plane was flying to Mogadishu on the Indian Ocean coast after traveling from the inland city of Baidoa and crashed around 11.30am.

Addan Abbe Airport is located in an area known as the “Green Zone” which is home to Western embassies such as the US Mission and US-trained Somali commandos. 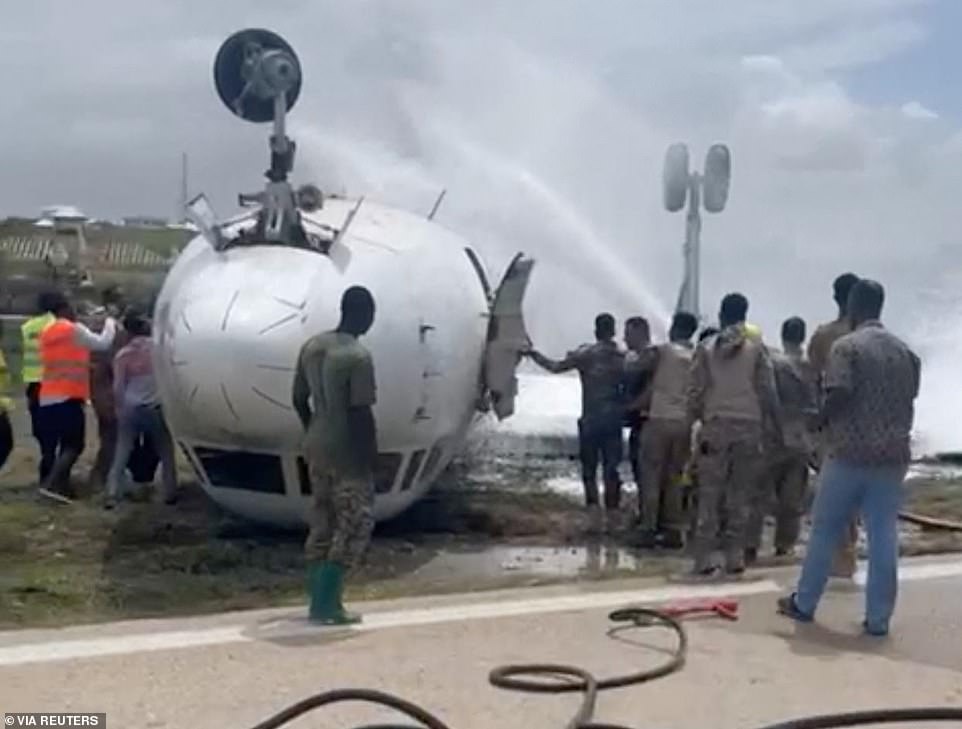 Firefighters were seen hose down the wreckage after landing in Mogadishu, Somalia 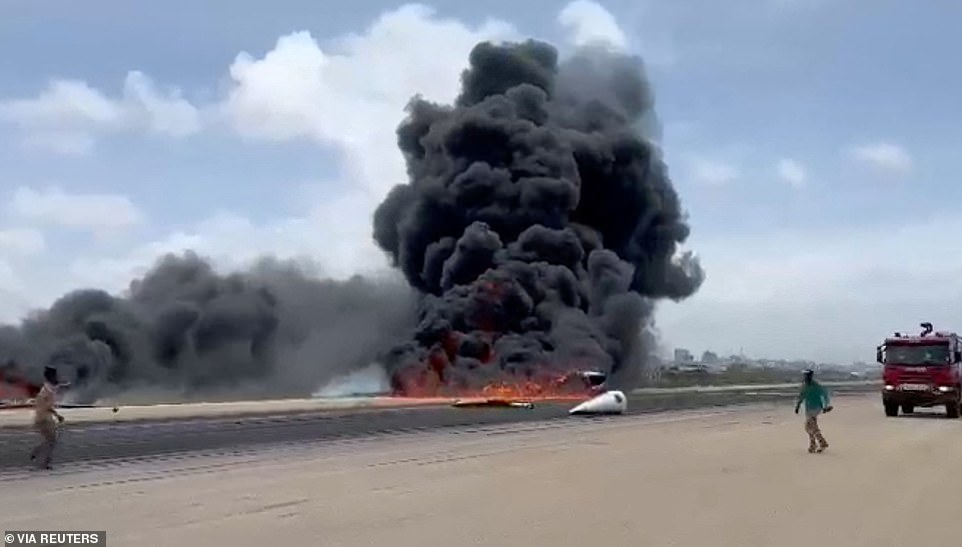 Black smoke from the destroyed plane could be seen from afar 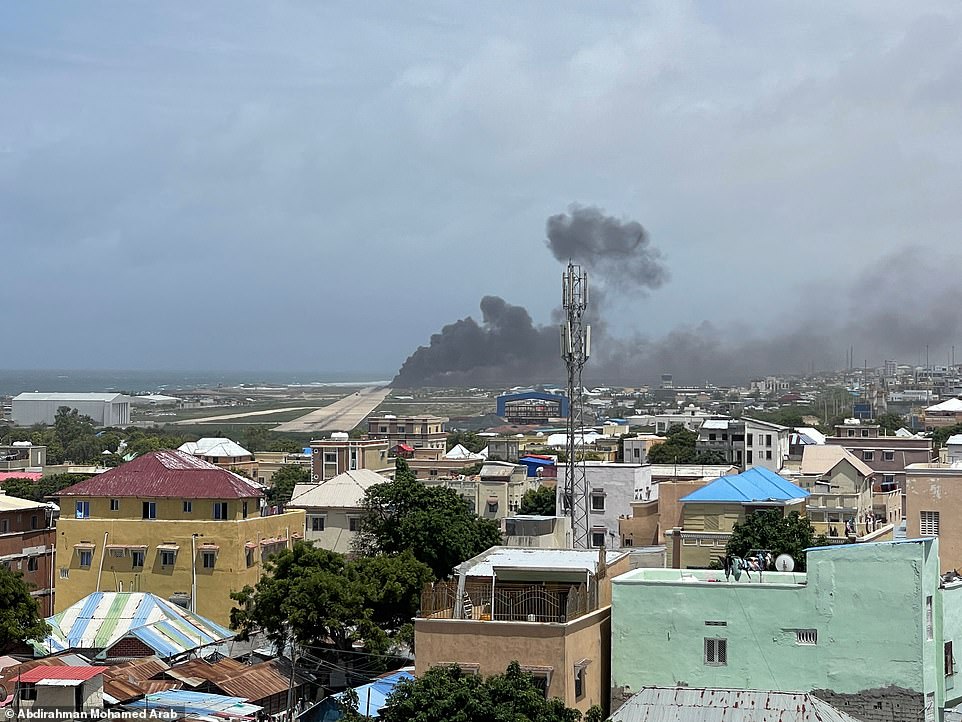 The smoke could be seen for miles as it billowed out of Mogadishu’s Green Zone, where the airport and several foreign embassies are located

Another Fokker 50 plane crashed at the airport in 2020 when it crashed into an airport wall. All four occupants escaped the collision.