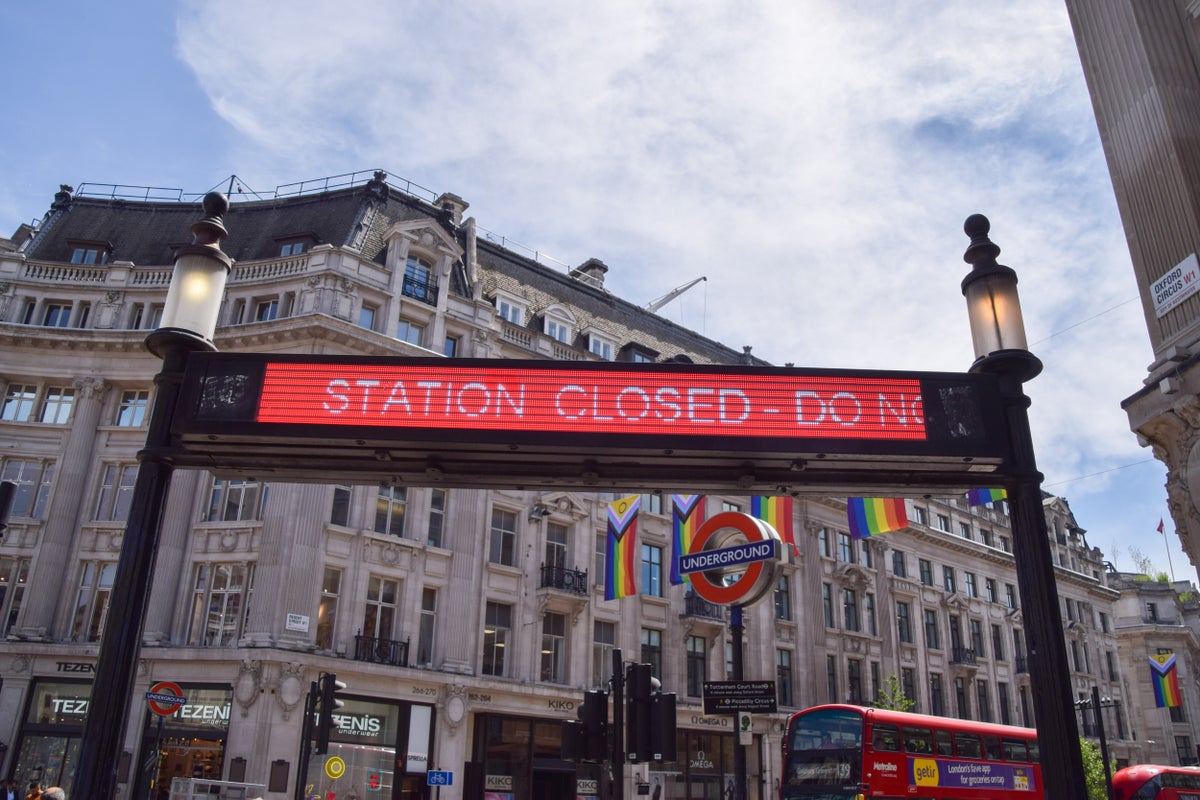 Oxford Circus The station was evacuated after smoke issued from an escalator engine room.

Firefighters are currently investigating reports of the northbound Victoria line.

London Fire Brigade said it was called at 8.34am when smoke was spotted near the platform on the northbound Victoria Line.

Police said Oxford Circus station had been “evacuated as a precaution”.

TFL Access tweeted, “This station is closed while we respond to a fire alert.”

Tickets are accepted on London buses.

Video footage shows police and firefighters surrounding the station’s entrance, which has been taped off.

It comes like TFL urged the public not to travel during the extreme heat which is expected to peak today, with parts of the UK expected to hit 40C.

Yellow and red extreme heat warnings have been rolled out nationwide for the duration of the heat wave.

The Central, Bakerloo and District lines are currently experiencing severe delays due to heat-related speed restrictions.

The Hammersmith and City line is suspended while the London Overground and Metropolitan lines are partially suspended due to the weather.