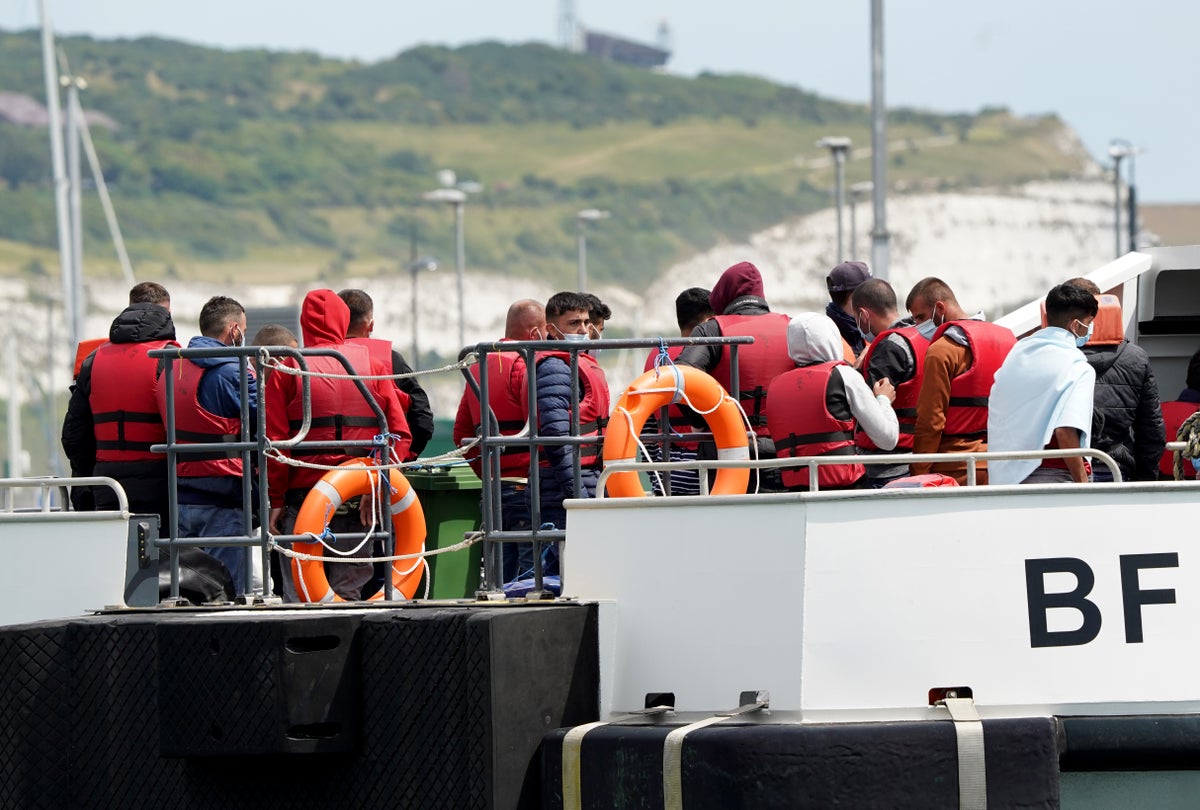 There is “no clear evidence” for the government’s plan to send migrants there Rwanda Channel crossings are acc MPs.

The Commons Home Affairs Committee accused ministers of seeking “radical new policies that could make good headlines” but do little to stem the flow of people embarking on the perilous journey.

It warned that “quick fixes” would not address the transitions, as it called for an asylum system that “deals with reality”.

The committee’s report states: “Much more clarity is needed on the new plan to relocate some UK migrants to Rwanda. There is no clear evidence that the policy will discourage migrants from crossing.”

MPs called for it government Proving the deal will deter crossings and disclosing “detailed costs” to support proposals, the move will reduce the asylum system’s current £1.5billion bill, as they warned: “Some claim that Britain is also taking the reputational risk of washing its hands of its international obligations.”

More than 14,000 migrants have made the 20-mile journey so far this year, navigating the world’s busiest shipping lanes from France in small boats like dinghies, preliminary government figures show. The total for 2022 is expected to be 60,000.

At least 166 people have died or disappeared trying to make the crossing, including 27 in a single day last year.

The military has had the canal operation under control since April, but this is due to be reviewed in January.

– The government’s response to the crisis, marked by “inattention and poor decision-making”, has exacerbated problems and “undermined” “public confidence” in the asylum system and border control. The French government’s “perceived reluctance” to find a solution has not helped the situation;

– It was “right” to drop plans to turn migrants back at sea, as it was hard to imagine how the benefits of the tactic outweighed “its potential cost in terms of risks to the lives of migrants and officials and damage to the reputation of the United… Kingdom” might prevail;

– The “greatest deterrent” to Channel crossings would be to prevent them “ever leaving France”;

– Attempts to forge repatriation deals with EU countries to send migrants back to safe countries have ‘absolutely failed’ after the UK left the Dublin Regulation when free movement ended;

– A “worrying trend” in home office Announcements made before “detailed guidelines have been worked out, tested or even agreed between government departments”.

– The government is negotiating with France to introduce further preventive measures on the continent, setting up UK asylum assessment centers there so that there is a “safe and legal pathway for those who may be successful in seeking asylum in the UK;

– “Urgent” measures are being taken to address the unknown number of single children of migrants who have disappeared from hotels, sometimes disappearing permanently;

– The Home Office is demonstrating what steps it will take to protect the well-being of those being sent to Rwanda and is conducting research to inform future policy on why migrants are making the dangerous crossing because there is ‘no reliable data ” are;

– Ministers and officials are “shifting” their efforts to work on concluding repatriation agreements with EU countries.

Committee chair lady Diana Johnson said: “The (government’s) dissuasive policy of sending asylum seekers to Rwanda seems to have gone unnoticed by those attempting to cross the English Channel.”

Policy development has “moved away from evidence-based, tested and cost-effective solutions that respond to changing needs,” she said, adding, “Instead, we’re looking for radically new policies that could make good headlines but are doing little to stem the flow of people willing to risk their lives to get to Britain by any means necessary.

“The UK needs an asylum system that deals with reality. It must be fair, efficient and recognize the UK’s international obligations.”

Enver Solomon, chief executive of the Refugee Council, welcomed the report and urged the next prime minister to “reconsider immediately and focus on the viable alternatives which, contrary to all rhetoric, are readily available”.

A Home Office spokesman said: “There is no silver bullet to tackle the global migration crisis the world is facing, but we must do what we can to fix the UK’s broken asylum system.

“Our new immigration plan will include the biggest package of reforms in decades, enabling us to help people in real need while discouraging illegal and dangerous travel to the UK and disrupting the business model of vile people smugglers.”