End of the moth-eaten charity shop sweater? The Salvation Army’s futuristic £30,000 scanner can detect if donated clothing is unwearable – before sending duds to be converted into reusable wool

The Salvation Army’s new state-of-the-art scanner can tell if donated clothing can be resold or is “unwearable.”

The innovative programme, set in a warehouse in Kettering, Northamptonshire, aims to use £30,000 technology to transform even the shabbiest of garments into something new – using threads from unwearable garments to be turned into wool instead being transformed.

Charity The Salvation Army hopes its new machine will turn unexploded ordnance donations into new clothing, rather than sending the fabric to landfill or incineration, which harms the environment.

Although only 2 percent of the 250 million items donated end up as waste, the charity hopes to reduce that number even further with the futuristic new scanner. 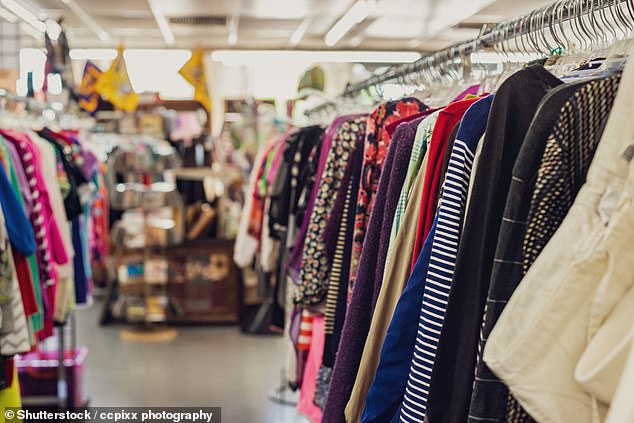 Making new clothes out of old: A factory in Kettering is using the government’s £30,000 scanner to sort donated clothes so they can be shipped in bales and made into wool if they can’t be resold 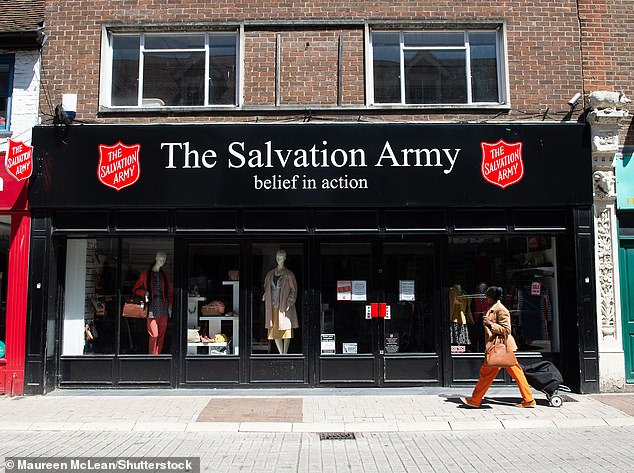 West Yorkshire-based factory owners Linda and John Parkinson wanted to try a sustainable approach back in the ’90s. Finally, with the help of the Salvation Army, the factory turns donated clothing into wool so it doesn’t end up in landfills

The government-funded super scanner recognizes the type and color of garments deemed too unkempt or damaged to sell in charity shops and sorts them into wool, cotton, polyester or rayon.

They are then sent to a textile mill in Huddersfield, where they are made back into yarn to make new jumpers, cardigans and socks.

A cashmere cardigan goes through the scanner and a screen says it’s “100 percent wool,” which in the recycled world is fabric gold dust.

The wool garment is taken from the conveyor into a colored wool basket. From here the journey to new material begins.

Wrap and The Salvation Army are piloting a new vision of circular fashion – with the historic charity hoping to become Britain’s first ‘fiber farm’ for clothing donations from charity shops.

Kirk Bradley, director of business development at The Salvation Army Trading Company, the charity’s recycling arm, told the Sunday times “Our hope is that we can close the loop, reintroduce unwearable textile fibers into manufacturing and reduce the need for resources.

“We have a responsibility to take care of the environment and try to make the world a better place.”

A textile recycling company in West Yorkshire, Iinouiio, will take on the task of turning these clothes back into wool. 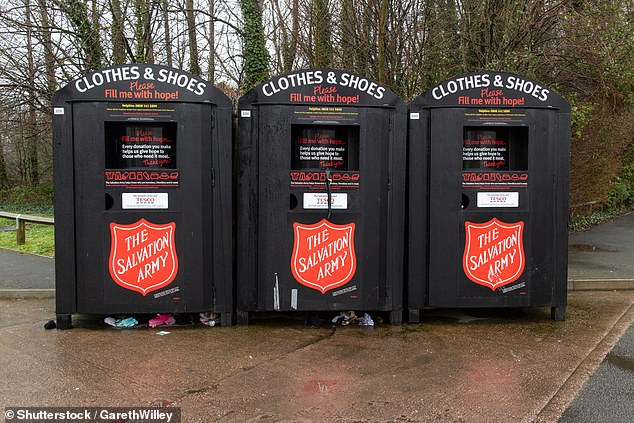 The Salvation Army’s clothing donation bins are located across the UK. A cashmere sweater deemed unwearable is gold dust for the wool business

Iinouiio stands for “it’s never over until it’s over”; The couple behind the brand, John Parkinson and his wife Linda, first floated the idea of ​​repurposing old fabrics in the ’90s but said “the world wasn’t ready for us” and they were forced to close the shop – only to recently see her dream revived.

The idea was inspired by Parkinson’s father, who had worked in the “shabby trade” turning old fabrics into wool, a concept that was eventually quashed by the rise of large factories producing new wool.

Linda told the Sunday Times that her attitude has changed: “Growing up, it was a shame to have junk and flea market clothes. Now I feel guilty about buying new. People’s mindsets are changing.”

The pair have even considered working with Saville Row suit makers to save expensive offcuts from being disposed of.