Stranger Things to the Rescue! Netflix loses just 970,000 subscribers after predicting 2M would pull the plug

Through Keith Griffith for Dailymail.com

Netflix has said that subscriber losses last quarter were much smaller than forecast, sending the streamer’s shares higher in after-hours trading.

In its second-quarter earnings report on Tuesday, Netflix reported a loss of 970,000 subscribers worldwide versus an expected loss of 2 million.

The staggered release strategy was widely seen as a means of preventing users from subscribing to the show and quickly canceling their membership. 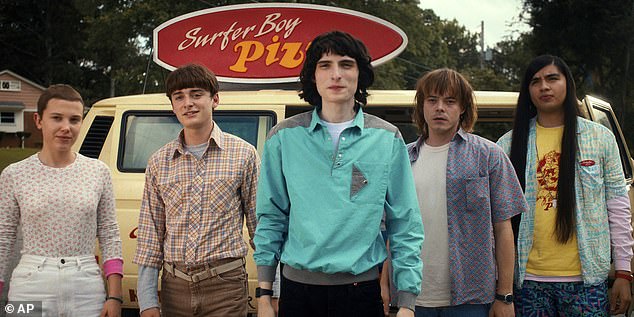 The latest findings follow the launch of a subscription policy in Latin America aimed at testing crackdown strategies on password sharing, which Netflix has identified as the main cause of its declining numbers.

The streaming service is asking subscribers in five Latin American countries to pay an additional fee if they permanently use the platform in another household.

Users in El Salvador, Guatemala, Honduras, Dominican Republic, and Argentina will receive a notification on their account if it’s been used away from their primary residence for more than two weeks.

They will be asked to pay an additional $2.99 ​​($1.70 in Argentina) on top of their regular subscription to continue watching at this other location.

The additional fee does not apply to users watching on mobile devices such as laptops, phones and tablets.

The move has the potential to make or break Netflix, which is struggling to find a way to shore up its falling profits while maintaining its subscription-based revenue platform.

Analysts have said Netflix is ​​doing everything it can to avoid exposing users to ads or selling their data, but many say it’s only a matter of time before the company is forced to address it.